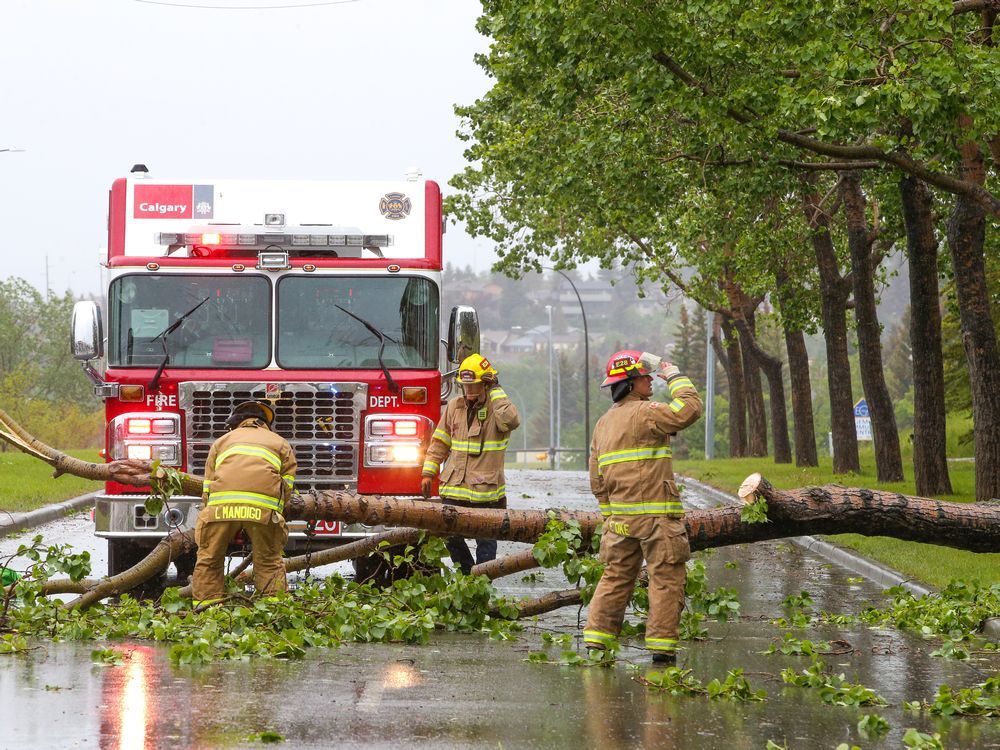 Firefighters are on the frontlines of emergencies in Calgary every day, from fire to medical emergencies.

Methinks it’s time to restore funding for fire operations in the upcoming budget … and you?

Chris, Nelson, what a beautiful and touching tribute to your dad. You spoke of many dads who worked to provide a living for their families, their health and old age were never a consideration.

Chris, you are your dad’s reward. Thank you for your tribute to such dads.

I am appalled and disgusted that Governor-General Mary Simon chose to invite 29 guests to the Middle East and spent $93,117.89 onboard the government’s plane on catering!

Canadians are living through a cost of living crisis and she thinks this is OK? It´s not!

It’s time to implement a maximum per-person catering allowance on government flights. I know that the Ukrainian family staying in my home right now could sure use some of that outrageous bill for a few months of rent.

How selfish and privileged can you get? This Governor-General is on track to be as bad and irresponsible as the last one.

Re: ‘Friendliest war’ ends with a new border; Canada to share Hans Island with Denmark, June 14

Tristin Hopper totally missed the mark on Arctic sovereignty claims. Countries are most definitely not in a UN process to carve up the Arctic Ocean. They are in a scientific process for ratified UNCLOS (UN Convention on Oceans and the Law of the Sea) members to map the boundaries of their extended continental shelf.

That’s the seabed, not the waters. That is a completely scientific process, that basically earns a pass/fail on scientific proof unless claims overlap. Which ours does with Russia, for instance. So then it must move to a different resolution process.

Saying that “Canada, Denmark and Russia have all submitted competing claims to a swath of the Arctic Ocean ….” is completely false and inflammatory. If Hopper investigated the details of the Hans Island history, one thinks he might have done a modicum of research on the larger more important issue.

Keep it to 150 words, maximum; include your full name, address and phone number; and understand you may be edited. We do not publish anonymous letters. We only accept letters from the same writer once a month. Letters@calgaryherald.com