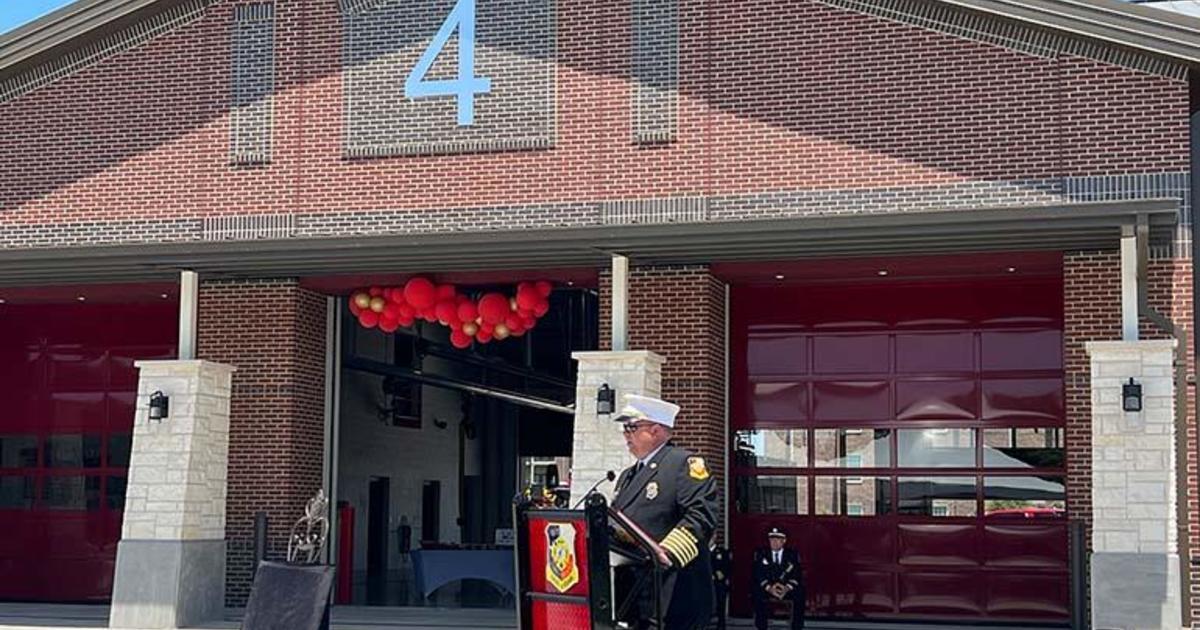 Fire Station 4 is located at 3200 McMillen Road on the far west side of Wylie.

The grand opening came with pomp and circumstance, including a “hose cutting” and a variety of speakers to commemorate this event.

Inside the station is a nice lounge area and kitchen and a backup 911 dispatch center will also be housed there.

“This side of town was probably our fastest growing side of town and we started to recognize that once we identified these districts where these stations are going to respond, we can monitor how many calls are happening in that area and how much it increases annually, said Blythe.

Last year, Blythe said they responded to 1,100 calls in this area that another station had to cover.

“Obviously, there’s a delayed response time to this district, but the ripple effect of that is when they’re over there in this part of the district somebody else has to answer to District 2, which causes increased response times over there,” added Blyth.

Just down on McMillen Road is the “s-curve,” which floods frequently according to nearby residents, causing traffic and forcing first responders to take detours.

Sitting outside the station is a replica of the twin towers called ‘Never Forget’ with all 343 New York City firefighters’ names etched on the structure, along with a piece from one of the towers.

This new fire station provides comfort for nearby residents.

“It’s nice it’s about a half a mile from my house. So as long as I don’t have too many sirens, I’m happy,” said Wylie resident Robert Reynolds.

The department is also looking to hire more firefighters.

Nick Starling joins CBS11 from KSHB-TV in Kansas City, Missouri, where he was a reporter for over three years. Before that, I have reported in Omaha, Washington DC, Lincoln and in central Nebraska.