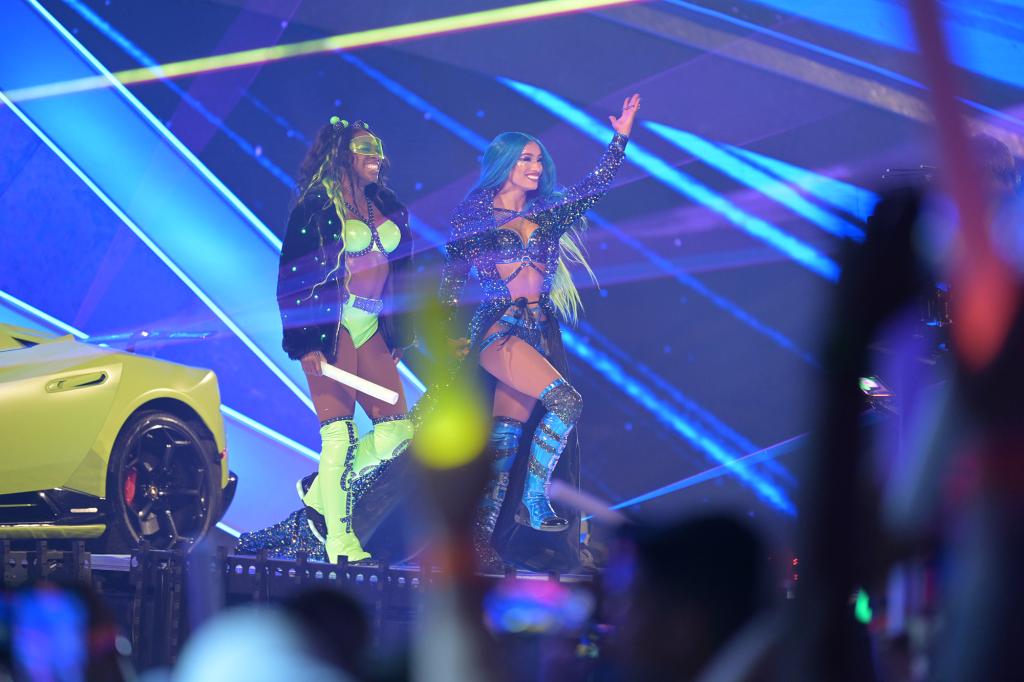 Sasha Banks and Naomi are paying the price for walking out on “Monday Night Raw” earlier this week.

WWE announced on “Friday Night SmackDown” that their women’s tag team champions have been “suspended indefinitely” and stripped of their titles after refusing to wrestle in the main event six-pack challenge match and that a tournament will be held to crown new champions. WWE had announced on Raw that the two women walked out before changing the main event and chose to directly address the situation on the broadcast again.

Banks and Naomi’s merchandise pages had also been taken down from WWE Shop at the time of publication.

“Sasha Banks and Naomi let us all down,” Michael Cole said during SmackDown on Friday. “The WWE women’s tag team champions walked off the show and walked out of the building during Monday Night Raw.”

He then stuck to details of WWE side of the events from Monday, saying the two women took their tag team championships into the office of head of talent relations John Laurinaitis, left them there and walked out of the arena.

“Their actions disappointed millions of WWE fans and their fellow superstars,” Cole said before announcing the suspension.

Banks and Naomi, according to WWE’s statement on Monday, left Scope Arena in Norfolk, Virginia and refused to be part of match with Becky Lynch, Asuka, Doudrop and Niki ASH to determine the No. 1 contender for Raw women’s champion Bianca Belair at the Hell in a Cell pay-per-view on June 5. Asuka defeated Lynch to earn the spot in a singles match in its place.

Naomi, according to Fightful Select, was supposed to win the match and face Belair and Banks would go into a singles program with SmackDown women’s champion Ronda Rousey, leaving their tag team gold and the division in potential limbo. Banks took up the issues directly with WWE chairman Vince McMahon that day, according to reports.

WWE’s statement regarding the events also said Banks and Naomi — who have yet to personally give their side of the story — didn’t feel respected as tag team champions and “were uncomfortable in the ring with two of their opponents.” Fightful Select reported that Banks and Naomi’s issues centered around the direction of the women’s tag team division and was not concerned with the women in the match.

If WWE is going to hold a scripted tournament, it likely will need to make some new women’s tag teams as there are technically only three other known teams outside of Banks and Naomi currently on the roster.