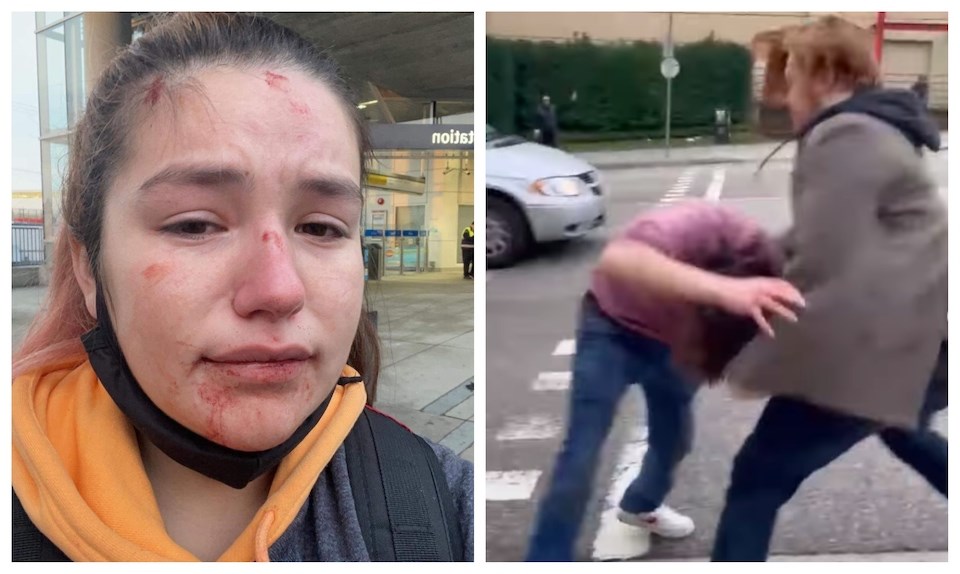 An investigation is underway.

A Vancouver woman claims she was assaulted by a stranger who allegedly yelled racist language at her before shoving her to the ground.

Serenity Ford, 22, canopy Vancouver Is Awesome in a phone interview that she was hanging out near Rupert SkyTrain Station on Saturday (Feb. 5) with her boyfriend and her friend when three Caucasian men approached them.

“They were yelling at us. They crossed the street and started yelling at us some more and calling us [expletive] Native scum,” she described. “They kept yelling some really rude things.”

At one point, an altercation between the two groups broke out; Ford stated that both sides were involved in the fight but that they were defending themselves and did not instigate it.

When she tried to film the incident, one of the men allegedly put her arms behind her back in an aggressive way, according to Ford. And when her friend de ella was being kicked on the ground, she claims that one of the men “grabbed me and threw me face-first into the ground.”

The three men reportedly ran into the parking lot of Superstore following the altercation, Ford said.

“I think it’s dangerous just to be outside by yourself right now. I don’t want to go anywhere alone. I’ve missed school two days this week,” she noted.

One of the men involved in the altercation, Ian Kelly, wrote in a Facebook post that he didn’t “didn’t yell anything about race” and alleges that he was threatened by the group.

“I got hit first and fought [three] on [one]everyone who hit me got hit back,” he explains. “I was already detained by police and released.”

Vancouver Police have confirmed that an investigation into the incident is under way with Metro Vancouver Transit Police.

Ford’s aunt shared photos of her niece’s face covered in scrapes on social media Monday morning along with the video. She commented: “I’m so disgusted with this country.”

VIA has reached out to Kelly and the Transit Police for comment and will update the story.