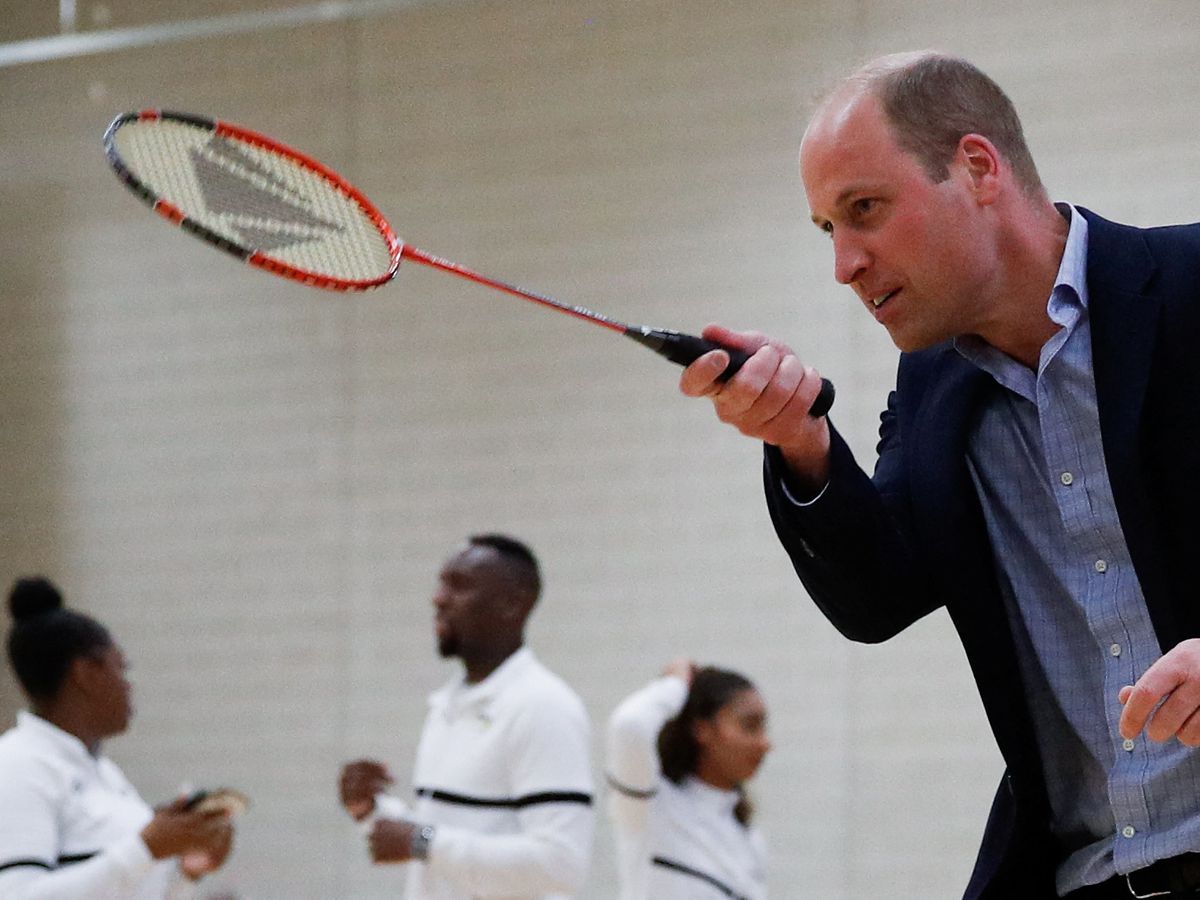 The Duke of Cambridge found his competitive side as he joined in with a game of doubles’ badminton with young people in Birmingham.

William met directors of Sports Key, a charity which provides a range of sporting activities for disadvantaged communities, at a sports center in the city on Friday.

The charity hopes to improve the social cohesion, wellbeing and life opportunities of the city’s young people through the power of sport and activity.

The duke was later shown around the badminton tournament that was being held by the charity, and was invited to join in a doubles’ game.

After receiving some initial guidance from his doubles’ partner, he shouted, “Look out you two!” over the net, laughing.

Starting off with some obvious trepidation, William appeared to become very invested in the game.

When his partner narrowly missed a shot, he insisted on one more round.

Sports Key is one of the organizations that are helping to deliver the Birmingham Commonwealth Games’ Gen22 project.

The flagship project was awarded £700,000 this year from the National Lottery Fund to further their work upskilling young people who can then benefit from some of the 1,000 employability boosting opportunities brought to the West Midlands by the Commonwealth Games this summer.

Blondel Cluff, CBE, chair of The National Lottery Community Fund, said: “It is a pleasure to be in Birmingham today meeting with staff and volunteers from Sports Key and Gen22 alongside The Duke of Cambridge.

“It has been fantastic to see the huge difference these projects are having on young people’s lives, supporting those who are not in education, employment or training to learn new skills so they can access job opportunities in the future, including those generated by the Commonwealth Games.

“Thanks to National Lottery players, these groups are delivering vital work in their communities that have a lasting impact and benefit to the UK as a whole.”