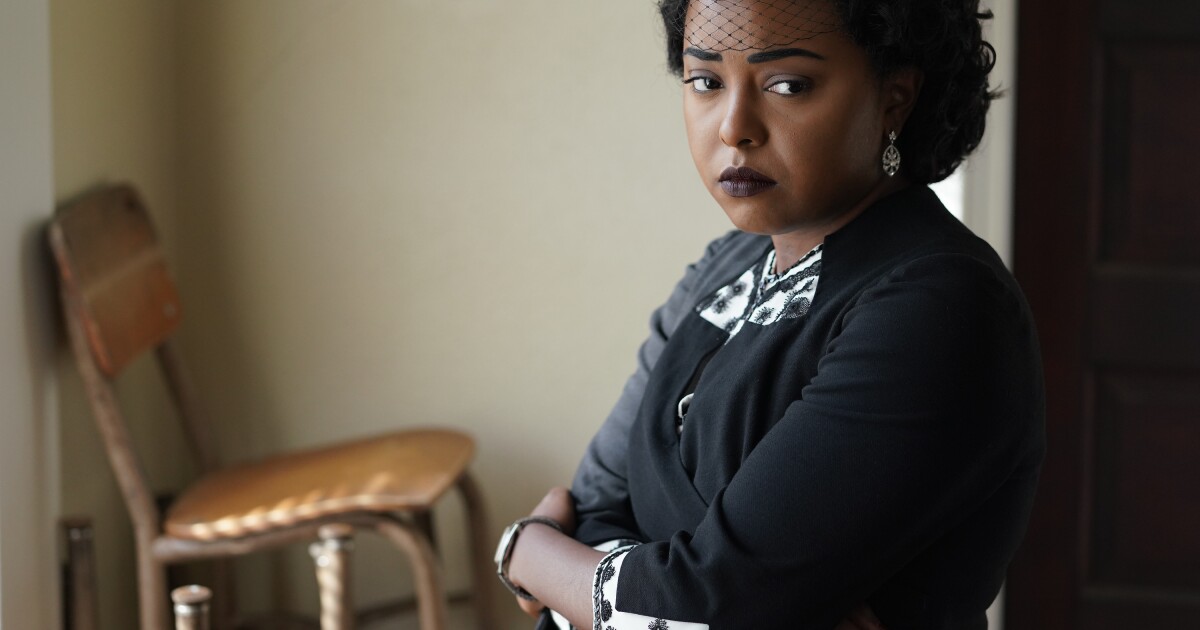 The conclusion to the first night of ABC’s “Women in the Move”, which chronicles Granny Till-Mobley’s quest for justice after the brutal murder of her son Emmett Till, is both powerful and heartbreaking.

In a scene set in a funeral home, Till-Mobley (played by Adrienne Warren) sees her son’s mutilated body for the first time. The 14-year-old was kidnapped, tortured and lynched by racists in the Jim Crow South after being accused of whistling a white woman in a grocery store.

Alone with the body, Till-Mobley gently touches her son’s legs, feet, and arms, which have been nicked and bruised. Closing her eyes, she finally finds the strength to look at his face, which is horribly disfigured. His expression is a mask of disbelief, sorrow and horror.

The footage is interspersed with glimpses of Till-Mobley lovingly stroking baby Emmett in the hospital moments after giving birth.

Barely breathing and without tears, she slowly leaves the room. Moments later, she asks a photographer and journalist for Jet magazine to describe and show the world “what [Emmett’s killers] did to my boy.

Designer and executive producer Marissa Jo Cerar understood the importance of the scene when she wrote it: “I described it – I knew exactly what it was about. I knew what I wanted to happen. Still, she said, filming the scene was difficult. “I was terrified. If we didn’t do it right, that would empty the whole meaning of this show. This is the turning point. It starts the story.

“Women of the Movement” represents a decisive moment for broadcast television. Rarely has a large network explored this violent moment in America’s racial history in depth, and bluntly.

“We are extremely committed to the story and why it is such an important story to tell,” said Simran Sethi, executive vice president of content development and strategy for ABC Entertainment. “As a broadcast network, we have the capacity and the responsibility to reach the largest possible audience. This project comes at a heartbreaking time, but we really want to honor Granny’s legacy and let people see the truth.

Avoiding the horrific sight of Till’s body was not an option. A body cast has been made of Cedric Joe, who plays Till on the show.

“We wanted to make it as realistic as possible, in line with broadcast standards and practices,” Cerar said. “You have to see what Grandma saw. Otherwise, the story makes no sense. Jet printed the photos. The world reacted to the photos. We want our audience to react to what Granny saw. And we couldn’t see Emmett’s body until Granny saw it. She is our guide to understand her horror and what she saw, then her strength.

Warren also realized the importance of the stage, which put her to the test as an actor.

“I had a hard time understanding Grandma’s strength,” Warren recalls. “I couldn’t understand why she hadn’t cried then, how she hadn’t really cried, how she could see her child, her baby this way, and not fall apart in a million pieces.

It was then that she was inspired by her own family.

“I know my mother and I know my grandparents,” she said. “As a mom, your child is your child, no matter what happens to them, no matter what they look like. I knew it was a mom who loved her baby. She got her baby back, she brought him home, where she could make the decision to move on.

“With that, it became very simple to just love this baby, because this baby was part of me. All I could do was focus on this love. And as she looks at this body, she collects also information. What did they do to my baby? And now I’m going to do something to you.

Cerar was overwhelmed by Warren’s performance: “Obviously Adrienne is amazing in everything she does, but seeing it all on her face, there isn’t a word of dialogue. Every move she makes, every breath, every tear that she sucks into her body – it’s just fascinating. She is a gift.