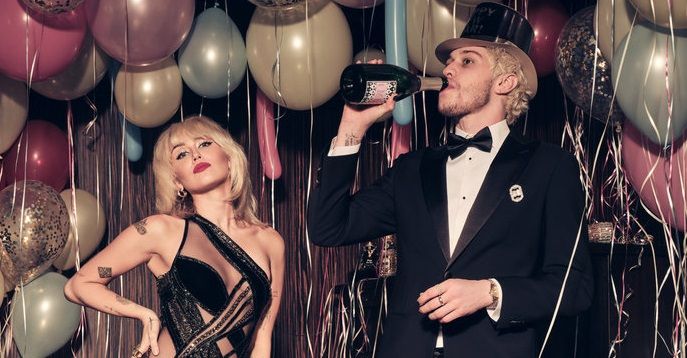 From country-themed bashes to the classic New Year’s Rockin’ Eve in New York, there’s plenty to choose from.

Who’s ready to kiss 2021 goodbye? If your New Year’s Eve plans include staying in for a home-based celebration, there are plenty of television offerings to be had. Take your pick from these specials filled with A-list guests, musical performances and all-around revelry.

Saying the name of this celebration requires endurance — and so will watching the whole five-and-a-half hour affair. It’s the 50th anniversary of the show formerly hosted by the late Dick Clark, and Ryan Seacrest is back to front the Times Square party in New York City, along with co-host Liza Koshy. Ciara oversees things in Los Angeles, while Billy Porter weighs in from New Orleans. This year for the first time, viewers will also see the festivities in Puerto Rico, with Roselyn Sánchez as host. Performers include LL Cool J, Journey, Avril Lavigne, Macklemore and Ryan Lewis, OneRepublic and Walker Hayes.

Stretching out its title to beat Rockin’ Eve’s length by two words, this party features the titular pop singer and Saturday Night Live cast member teaming up to ring in the new year. SNL mastermind Lorne Michaels is an executive producer for the show, which will air live from Miami. Brandi Carlile, Billie Joe Armstrong, Saweetie, Anitta, Jack Harlow, 24kGoldn and Kitty Ca$h are slated to perform.

Anderson Cooper and Andy Cohen will once again pair up for the live Times Square broadcast. The program will also, for the first time, include reports from Puerto Rico’s district of Old San Juan. CNN correspondent Gary Tuchman and his daughter, Newsy anchor Lindsay Tuchman, will be on the scene there.