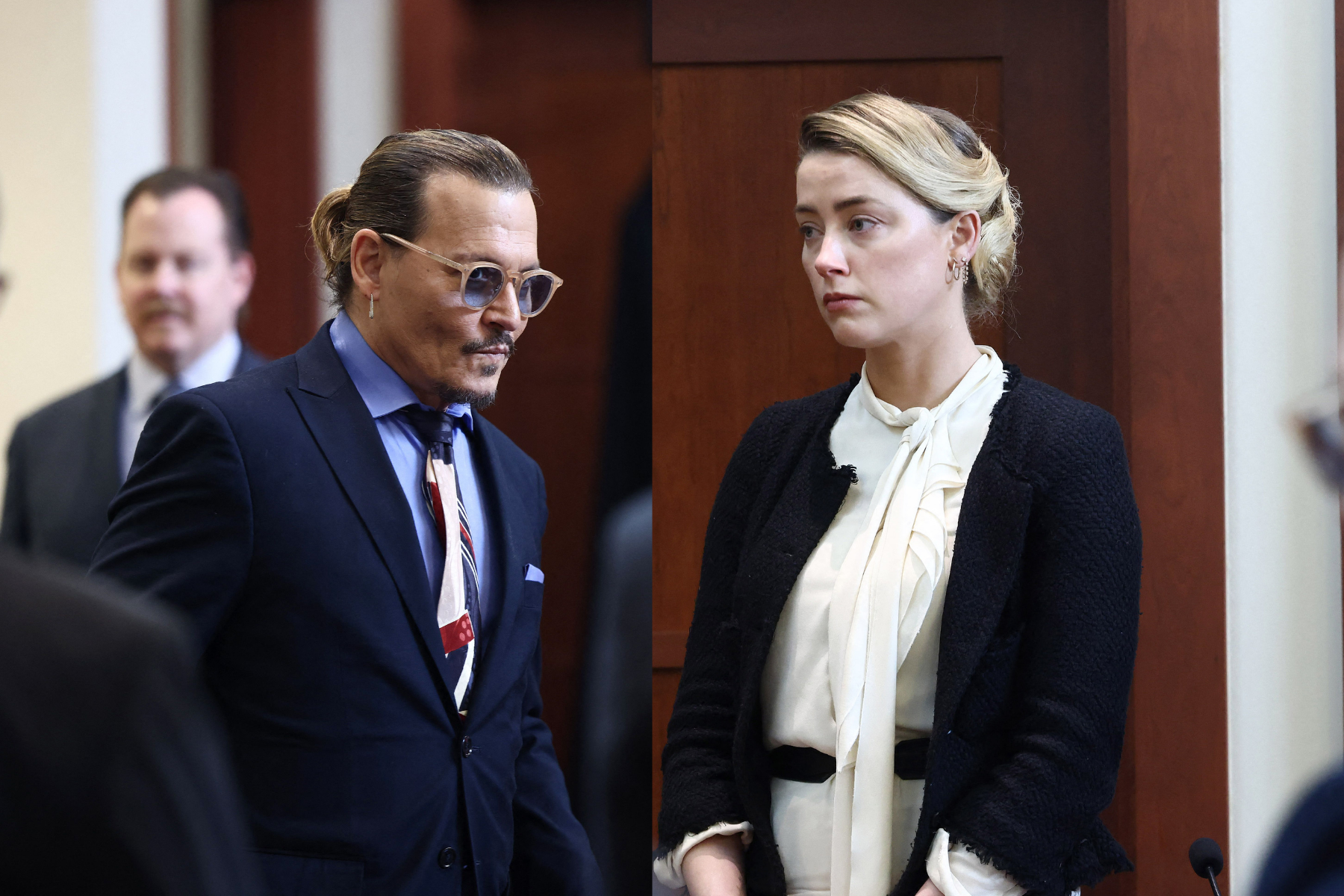 For the past three weeks, the world has watched as Johnny Depp and Amber Heard faced each other in court as ugly details of their tumultuous marriage are laid out to a jury.

The Pirates of the Caribbean star is suing his ex-wife for $50 million for defamation over an essay she wrote about domestic violence in Washington Post in 2018. The actor’s lawyers say that while he was not named, it is obvious that Heard was referring to him, which resulted in him being blacklisted from Hollywood and losing out on roles.

Heard meanwhile, is countersuing for $100 million for damages. Her team de ella has argued that Heard’s article was in the public interest.

Both parties have made serious allegations of violence against each other during the proceedings, which are taking place in a Fairfax, Virginia courtroom.

The trial has been aired live daily Monday to Thursday but as of May 5, it will be going on a break of a little more than a week.

The trial will resume 9 am ET on May 16 until its scheduled end date of May 27, when closing arguments from both sides will be heard.

On Thursday, Judge Azcarate reminded the jury not to read, watch or listen to anything about the case during the break.

This includes avoiding TV, news and social media, which has played a huge role in the public perception of the trial thus far.

“What you learn about this case is limited to what you learn in the four walls of this courtroom when proceedings are under way, OK?” Azcarate said to the jury.

Why Has the Depp vs. Heard Trial Ended?

The Depp vs. Heard trial has not ended, it is just going on a break.

Heard is expected to be cross-examined when court resumes.

How to Watch the Johnny Depp, Amber Heard Trial Live

The Johnny Depp/Amber Heard trial is being streamed live online by a number of outlets.

On YouTube, viewers can tune into the live streams when the trial resumes later this month on Sky News, Law & Crime Network, and Court TV.

Viewers can also watch the proceedings live on the Law & Crime Network and Court TV websites.

Amber Heard took to the stand for the second time on Thursday, May 5 to give testimony in Johnny Depp’s $50 million defamation case against her.

The actress—who is countersuing Depp for $100 million in damages—detailed instances of alleged violence she said he inflicted on her and told the jury about her ex-husband’s substance abuse issues.

She also referenced his relationship with ex-girlfriend Kate Moss and cited a rumor that Depp once pushed supermodel Moss down a flight of stairs when they were dating.

Both Heard and Depp’s representatives issued statements on Thursday after the day’s proceedings.

“While Ms. Heard’s stories have continued to grow new and convenient details, Mr. Depp’s recollections have remained exactly the same throughout the six painful years since her first allegations were made,” Depp’s spokesperson said in a statement to People. “His truth about him—the truth—is the same no matter the environment in which it has been presented.”

Meanwhile, Heard’s team told Newsweek: “One of Ms. Heard’s disappointments is Mr. Depp’s inability to distinguish fact from fiction—a malady which appears to have spread to his legal team.

“That same team is so panicked they are fighting tooth and nail to prevent compelling evidence and photos from being introduced. Small wonder Mr. Depp does not have the fortitude or courage to even look at Ms. Heard at all throughout the proceedings—as he could not in the UK trial—and, instead he doodles and snickers.”