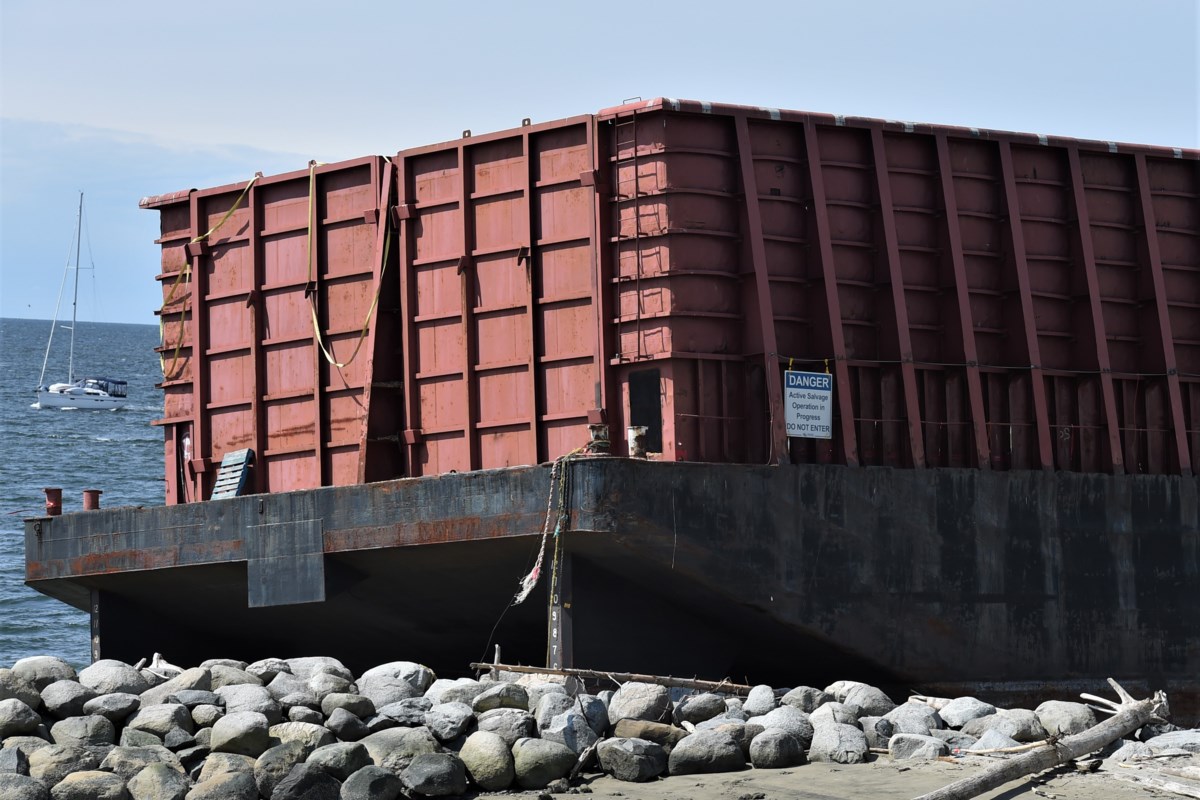 It looks like the English Bay Barge won’t get to see June.

May 22 is the tentative date for the start of its demolition according to Clearview Demolition project manager Richard Thomson. There are still some environmental checkpoints it has to go through which could delay things, but the company is expecting to start more than six months after the iconic barge arrived.

Clearview will be taking care of the upper portions of the barge, the large red walls that would have held wood chips on board. To cut it down they plan to lower an excavator on board with a specialized cutting tool.

“It’s going to have a sheer on it,” Thomson says. “Imagine a very big pair of scissors that cut metal.”

They’ll cut down the walls until there are about four feet left, like a railing. Another company will be responsible for removing the deck from the beach.

With a project of this size, he expects there to be a crowd, but that’s something the demolition crews are used to.

“We’re filmed and people park their kids at the fence just to watch it. It’s interesting,” he says. “That happens all the time.”

As for his own feelings on the barge, he’s enjoyed his story.

“I’ve enjoyed all the fun stuff and everything that’s come around, it’s a neat thing, but it’s also not supposed to be there,” he notes. “It’s an issue for the beach. I like it, I think it was a fun thing but I also think it’s got to go.”

Clearview has been looking at their portion of the project for about two months Thomson says, and is looking at how to prepare for a deconstruction in a marine environment. That includes environmental and safety measures – things like changing the oil in their equipment. Working on the ocean also means more safety steps.

While a unique project in some ways, the barge isn’t completely new territory for Clearview; they took apart Ballantyne Pier at the Port of Vancouver recently.

Thomson is hopeful to see a piece of the barge return with the crew to their office in Chilliwack. There they have a room with items from other places they’ve demolished.

“All the walls of it are lined with old neon signs from bars,” he says.

For those who want their own piece of the barge, there will be a way to do that, too.