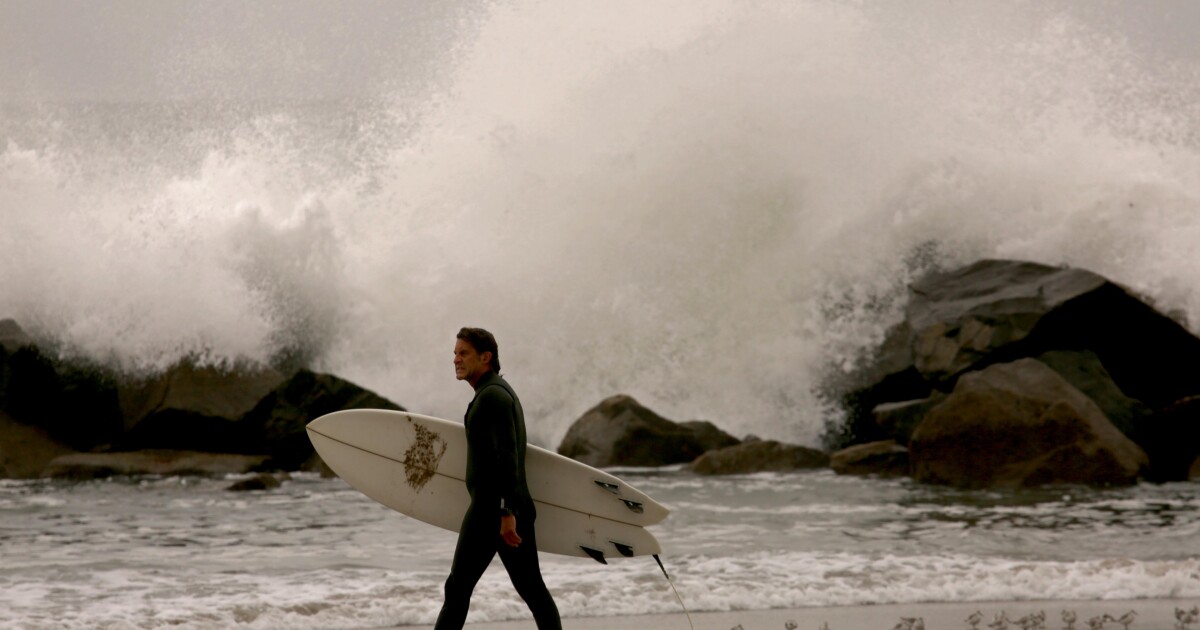 A tsunami advisory was issued for the California coast on Saturday morning.

Here’s what we know:

What is the expected impact?

Authorities are expecting waves of 1 to 2 feet in parts of Southern California, but no flooding or widespread flooding is expected. However, it is expected to produce strong currents “which can be hazardous to swimmers, boats, mooring lines and coastal structures,” the National Weather Service said.

Kristan Lund, a National Weather Service meteorologist in Oxnard, said the surge in water can “bend around the island and it can also bounce off the coasts”.

What is a tsunami advisory?

According to the National Weather Service, an advisory means “the potential for strong currents or waves hazardous to those in or very near the water is expected or occurring. There may be flooding of beaches and port areas. Stay out of the water and away from beaches and waterways. Follow the instructions of local authorities. A notice is less severe than a warning, which is issued when an event may cause widespread flooding.

What should people do at the beach?

Here are some more general tips on tsunamis.

What is the timing?

The first signs of tsunami activity began around 7:30 a.m. on the California coast and spread until 8:30 a.m. But activity will continue for hours and the biggest waves may not be the raw.

“The incoming tsunami will occur in pulses of rising waters on and off the coast, similar to ‘high tide.’ said the San Francisco National Weather Service “These surges can overwhelm and overtake people and drag them out to sea.”

Orange County officials said the tsunami could produce dangerous currents and tidal waves throughout the day that would make swimming dangerous. Strong currents were expected in harbors and bays for several hours.

Officials expect the dangerous conditions to continue throughout the day.

“Tsunamis often arrive as a series of waves or surges that can be dangerous for several hours after the first wave arrives. The first wave or tsunami wave may not be the highest of the series,” the San Diego National Weather Service said.