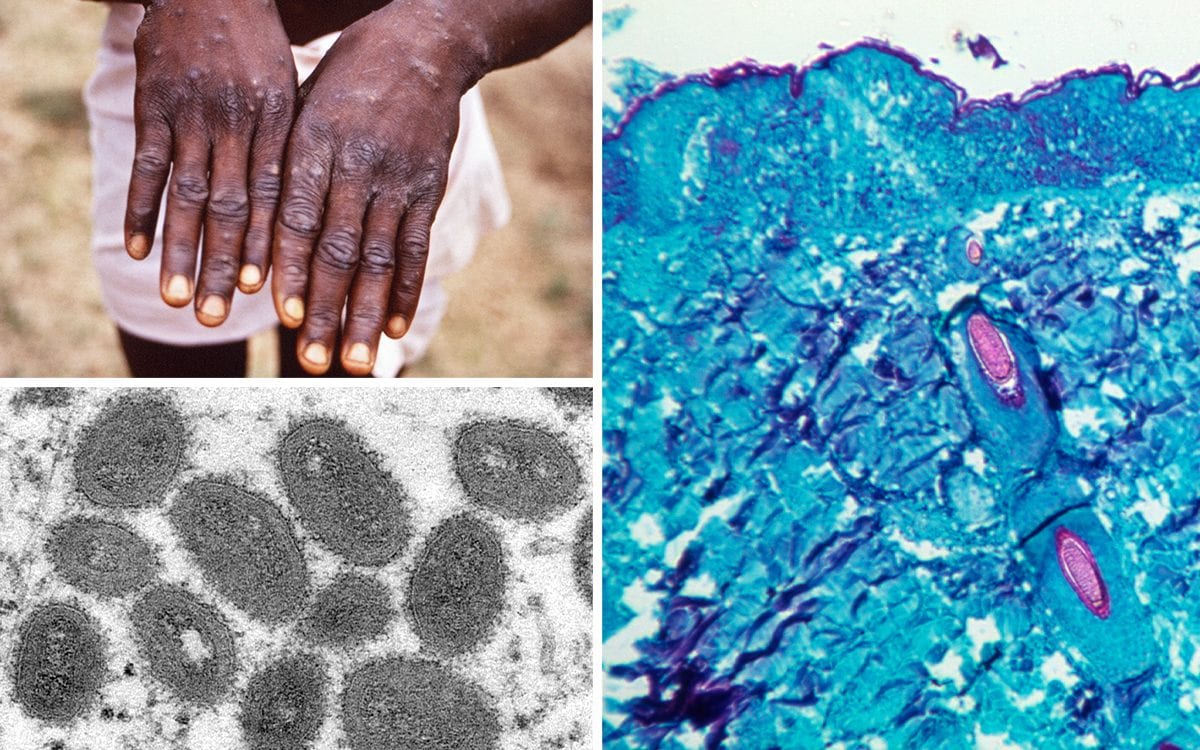 Health officials do not know how the latest batch of four patients caught the virus but are investigating whether it can be passed via sexual intercourse, something that has never been described before for this pathogen.

All four of the most recent cases were men in the LGBTQ+ community and health officials are now urging this group to be particularly aware of “any unusual rashes or injuries on any part of their body, especially their genitalia, and to contact a sexual health service if they have concerns”.

What is the Monkeypox virus?

The name monkeypox is somewhat misleading as it is a virus that circulates most often in small mammals in Africa, such as rats, which are believed to be the disease’s reservoir.

However, it can also infect monkeys. The condition’s visible lesions and bumps on an afflicted group of research primates in 1958 led to the red herring of a moniker.

“It’s a poxvirus, in the same family as variola virus, which caused smallpox before it was eradicated globally in 1980,” said Dr Michael Skinner, a reader in virology at Imperial College London.

He added that the smallpox vaccine can also protect against monkeypox, but this inoculation was halted in 1971 due to a low level of disease.

Dr Michael Head, a leading global health expert from the University of Southampton, said that with the sophisticated healthcare in the UK, “the risks to the wider public are extremely low”.

The World Health Organization (WHO) added that there is “minimal” risk of onward spread from an infected person in the UK due to contact tracing and isolation protocols.

How is Monkeypox spread?

Unlike Covid, monkeypox can not spread easily through a population as it requires very close contact.

Routes of transmission from one person to another are via large exhaled droplets and skin-to-skin contact with open sores. It can also be caught from eating or touching infected animals.

“It needs very close contact, for example skin-to-skin contact with an individual who is infectious with a monkeypox rash. Between these new cases, there will have been that close contact.”

Prof Paul Hunter, professor in medicine at the University of East Anglia, estimates there is only a 10 per cent risk of a person infecting someone they live with.

It has emerged recently that it is possible the virus is also passed during sexual activity, something never described before.

Experts are divided on this topic, with scientists loath to say it is a new STI. However, some academics say it is possible the virus does spread in this “novel” way, even if it is not its primary route of infection.