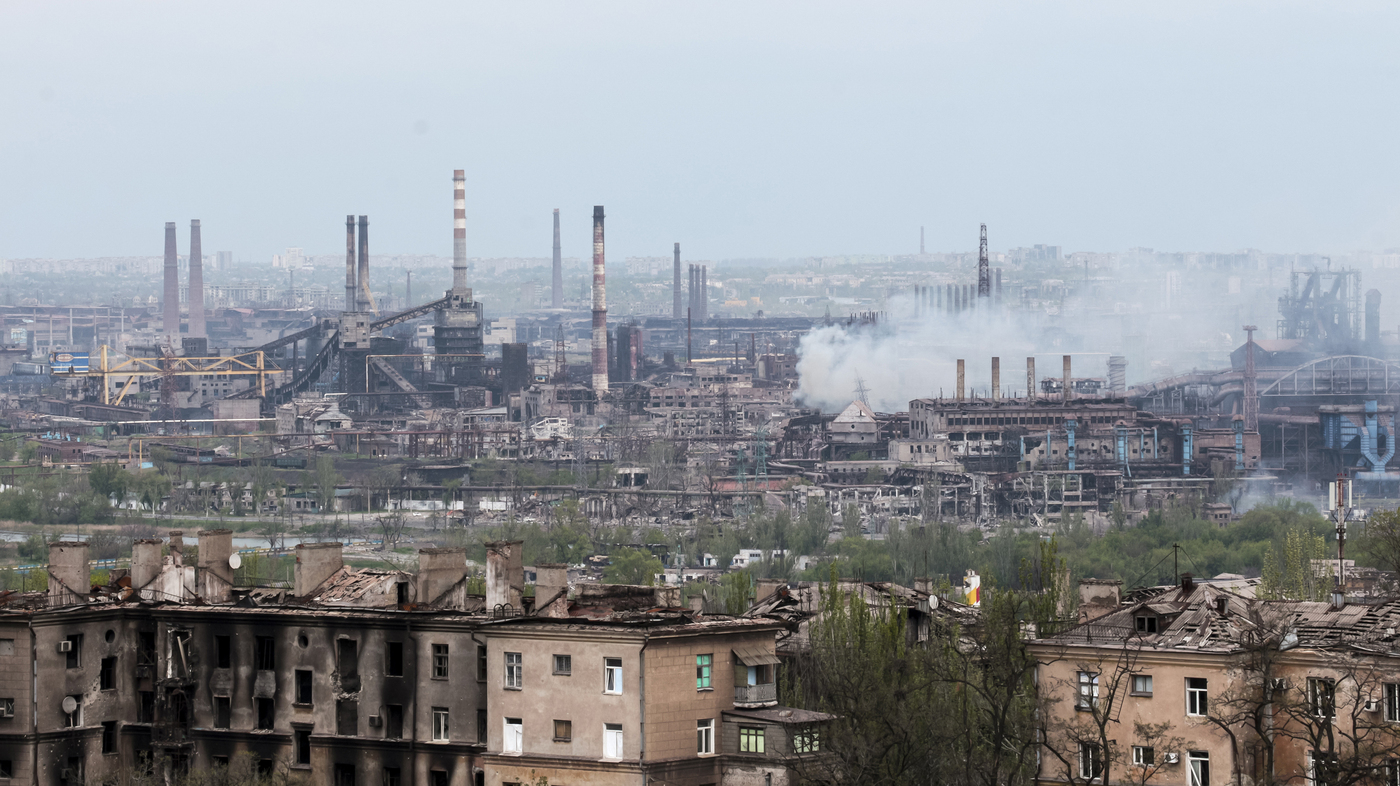 Smoke rises from the Metallurgical Combine Azovstal in Mariupol, eastern Ukraine, on Thursday. Heavy fighting is raging at the besieged steel plant as Russian forces attempt to finish off the city’s last-ditch defenders and complete the capture of the strategically vital port.

Smoke rises from the Metallurgical Combine Azovstal in Mariupol, eastern Ukraine, on Thursday. Heavy fighting is raging at the besieged steel plant as Russian forces attempt to finish off the city’s last-ditch defenders and complete the capture of the strategically vital port.

As Thursday draws to a close in Kyiv and in Moscow, here are the key developments of the day:

A third evacuation operation is underway from the destroyed and besieged southern city of Mariupol, according to the United Nations secretary-general. On Wednesday, aid workers helped evacuate 320 people from the area, he said. Earlier this week, another 59 people were evacuated, along with 101 civilians from the Azovstal steel works, the final pocket of Ukrainian resistance in the city.

Fighting continues over the Azovstal plant in strategic Mariupol. The building, with sprawling tunnels underneath, has become the epicenter of the battle for Mariupol. Hundreds more civilians are still trapped inside the plant, along with about 2,000 Ukrainian soldiers, Ukrainian authorities estimate.

Belarusian President Alexander Lukashenko said he did not expect Russia’s military incursion in Ukraine to “drag on this way.” In a 90-minute interview with The Associated Press, the authoritarian leader and longtime Moscow ally also defended the invasion, which Russian authorities called a “special military operation.”

Israel says Russian President Vladimir Putin apologized for his foreign minister’s Monday remarks about Nazism. Israeli Prime Minister Naftali Bennett said he accepted an apology from Putin on a call; Russia has not commented on this. An interviewer had asked Russia’s top diplomat Sergey Lavrov about Moscow’s claim that Ukraine, led by a Jewish president, is run by Nazis. Lavrov claimed Hitler had Jewish roots and that “the biggest antisemites were Jewish,” which Israeli leaders called unforgivable lies.

European leaders are nearing a deal to ban Russian oil imports, though several countries are seeking exemptions or longer phase-in. Energy alliance OPEC+ agreed to a small increase in oil production for June, despite calls for a bigger boost from Western countries.

Evacuees from Mariupol describes how they survived inside the Azovstal steel plant.

What Europe’s ban of Russian oil could mean for energy markets — and your gas prices.

You can read more daily recaps here. For context and more in-depth stories, you can find NPR’s full coverage here. Also, listen and subscribe to NPR’s State of Ukraine podcast for updates throughout the day.