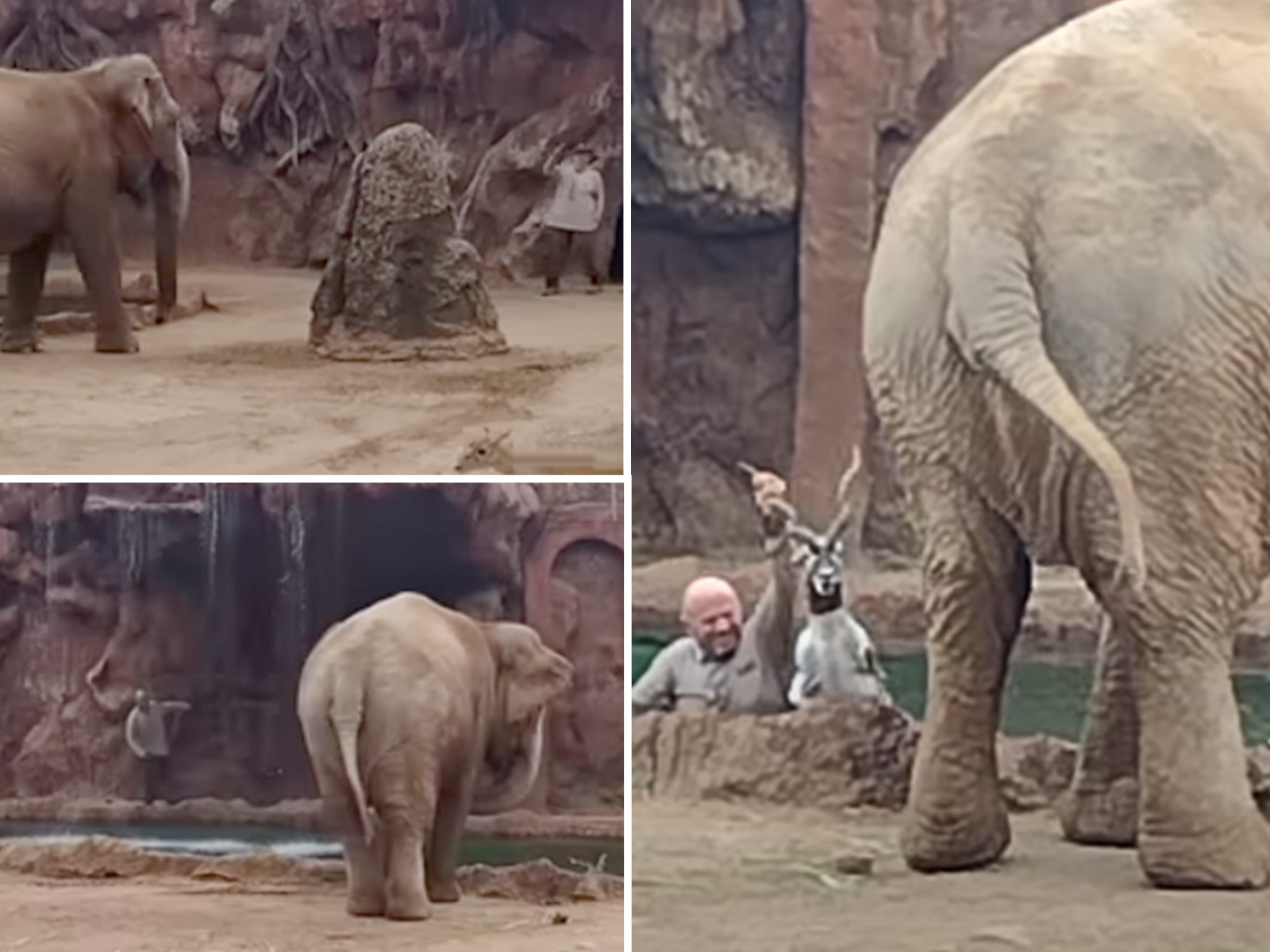 An elephant called for help when it saw an antelope drowning at a zoo in Guatemala, footage shows.

The video, taken by zoo visitor Maria Diaz, shows an Asian elephant in an enclosure, pacing around a pool. The elephant begins making “trumpeting” noises and looking at a man in the enclosure, appearing to gesture to the antelope that is drowning in the pool.

The antelope’s horns can be seen at the top of the pool, as it struggles to stay afloat. The elephant appears to point its trunk towards the animal and then turns back to the man.

The antelope beings to splash more frankly in the water, as the elephant continues to look around for help.

“Bravo,” a woman in the video says, as bystanders watching the rescue applaud.

Elephants are highly empathetic animals, capable of complex emotions. This is not the first time an elephant has been seen picking up in the distress of another animal. Elephants only usually trumpet when they experience extreme emotions such as excitement, distress or anger.

A 2014 study found that Asian elephants in particular have shown empathy to other distressed animals and have also been known to alert humans to situations before.

On a Facebook post describing the rescue, Diaz said she was “lucky enough” to have witnessed “something very beautiful.”

She said that the elephant had seemed “desperate to warn” that the antelope was struggling to stay afloat, and that the worker who had jumped in had been “brave.”

“I saw that an antelope in the water was really scared, fighting for its life and an elephant trying to help him,” Diaz told Storyful. “I was really impressed but happy because the antelope has been saved.”

Following the incident, the zoo gave a reward to the elephant and the worker that jumped in after the antelope, local media outlet guatemala.com reported.

The elephant, who is called “Trompita,” was given watermelon, carrots and peanuts, the news outlet reported. The zoo worker was given a certificate.

The zoo’s veterinarian, Alejandro Cardona, told guatemala.com “it is nice” to recognize the work of the zoo workers and “the well-being they give to the animals.”

“For me, it is a blessing and a joy to be working here in this institution,” the zoo worker told guatemala.com.

Another similar incident involving an African elephant occurred in March. An elephant, whose trapped calf was rescued by humans, appeared to thank them with a trumpet noise, after realizing her baby de ella was safe.