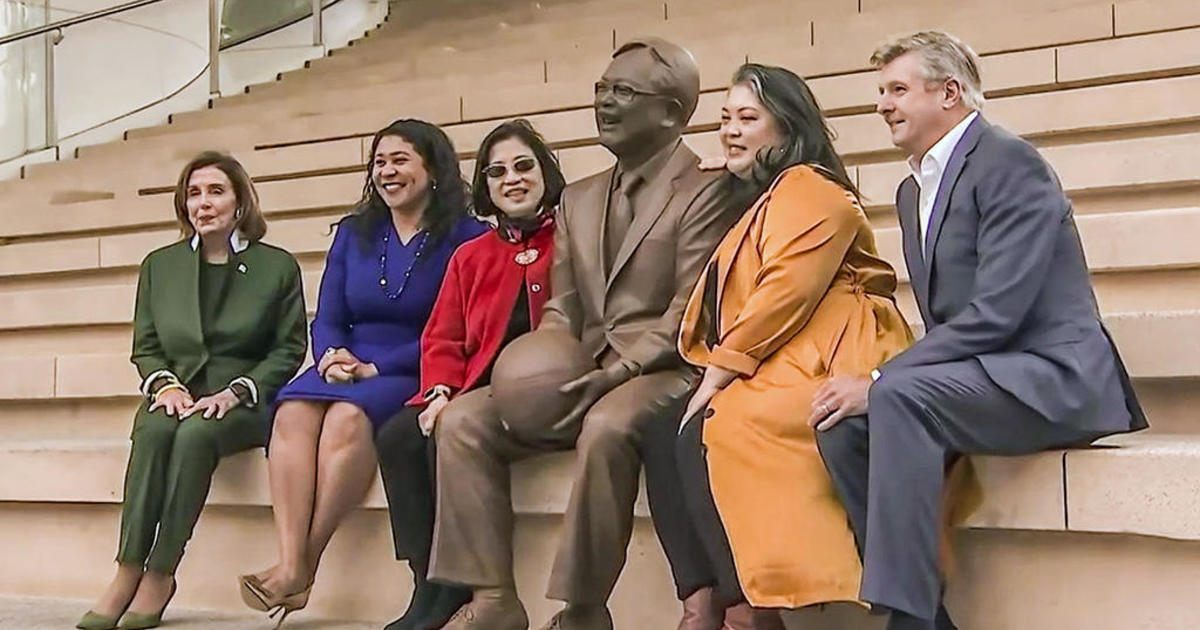 SAN FRANCISCO (CBS/BCN) — A statue of the late San Francisco mayor Ed Lee was unveiled Thursday by the Golden State Warriors and Chase Center to honor and remember him for his vision and leadership in the construction of the new arena along the city’s storied waterfront.

The statue was unveiled at The Gatehouse at Thrive City on what would have been Lee’s 70th birthday. He died while in office in December 2017.

The full-figure bronze sculpture depicts Lee smiling and holding a basketball, sitting on the steps of Thrive City’s Gatehouse, which faces Chase Center.

Lee’s self-described legacy project during its tenure as major was the construction of the new arena.

The statue was sculpted in wet clay by artists Jonah Hendrickson and Deborah Samia at their studio in Alameda. It was cast in bronze at the Art Works Foundry in Berkeley.

“Some of my earliest memories include going to Warriors games with my dad,” said Tania Lee, Lee’s daughter. “He had such a love for basketball and this team. Our family is incredibly honored that the Warriors have chosen to memorialize him with this beautiful sculpture here at Chase Center.”

“Mayor Lee loved the Warriors and what they meant to our city more than just about anyone I know,” said Mayor London Breed. “He led with compassion and humility and had the vision to know how important it was to build Chase Center. With the completion of this statue, his legacy will forever live on at Chase Center and with our beloved team.”

© Copyright 2022 CBS Broadcasting Inc. and Bay City News. All Rights Reserved. This material may not be published, broadcast, rewritten or redistributed