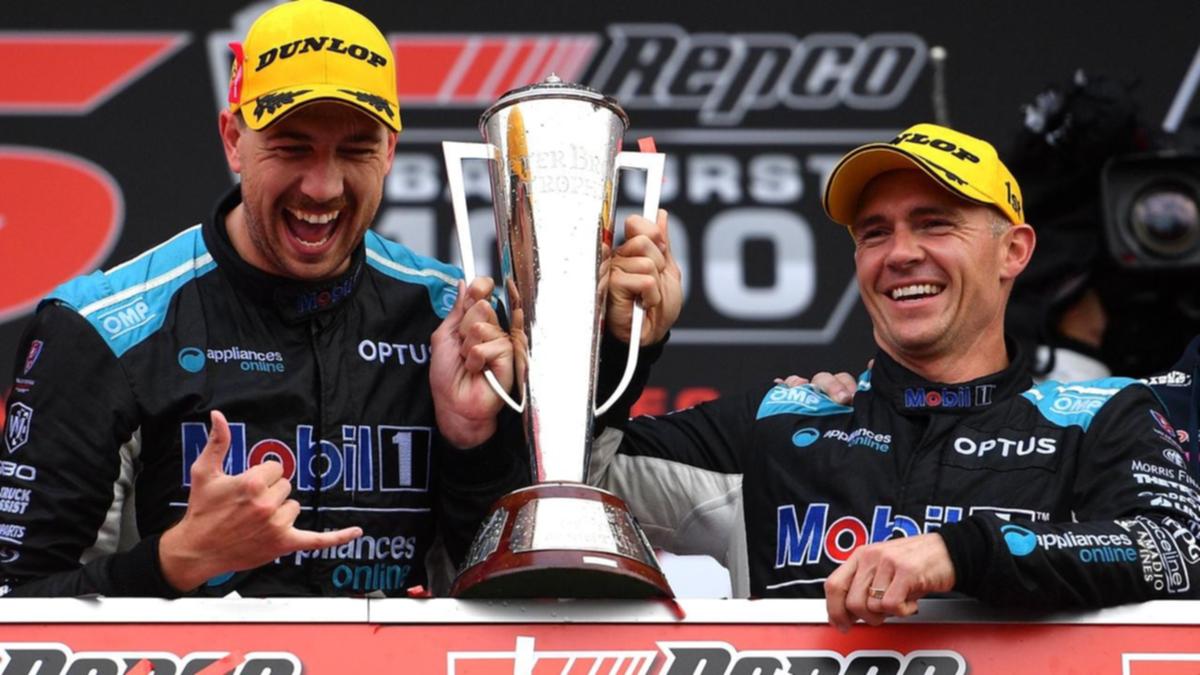 One of the longest and most successful partnerships in Supercars history is set to end with Walkinshaw Andretti United confirming they will race Ford Mustangs from next year.

The decision, announced on Friday, means the ex-Holden factory team will receive manufacturer support for the first time since 2016 as it races two of the Gen-3 next generation Mustangs in the 2023 Supercars championship.

The 2021 Bathurst 1000-winning team’s move ends a decorated three-decade association with Holden, including 27 years competing as the Holden Racing Team.

British driver and Walkinshaw founder Tom Walkinshaw was at the helm when HRT rose to become a powerhouse in the 1990s with Craig Lowndes and Mark Skaife racking up five straight championships from 1998 to 2002.

HRT would go on to win six drivers’ championships and seven Bathurst 1000s with famous names such as Lowndes, Skaife, Greg Murphy, Garth Tander, James Courtney and the legendary Peter Brock becoming synonymous with the team.

The team lost its factory-backing ahead of the 2017 championship before Tom Walkinshaw’s son and successor, Ryan, partnered with Andretti Autosport and United Autosports to form WAU, claiming a breakthrough triumph at Mount Panorama last year with drivers Chaz Mostert and Lee Holdsworth.

“For over three decades we have gone head-to-head in competition with Ford, but joining forces with them for Gen-3 was the clear direction forward,” Ryan Walkinshaw said.

“We will wear the Holden badge with pride right up until their final race in Supercars at the end of 2022.

“To have manufacturer support once again is essential for our race team and the goals we have, and we thank Ford for their trust in us.”

The move to the Blue Oval has been labeled a homecoming by Mostert, who spent eight years at former Ford factory team Tickford Racing before joining WAU ahead of the 2020 championship.

“I’ve had a long and successful relationship with Ford in the past, so it’s really exciting to be re-joining the Blue Oval in 2023 and beyond,” Mostert said.

“It will be a bit of a homecoming to step back into a Mustang that’s for sure.”

Their future plans secure, WAU will be looking to bounce back from a disappointing Perth SuperNight when Supercars travels to Winton for the next stop in this year’s championship on May 21 and 22.