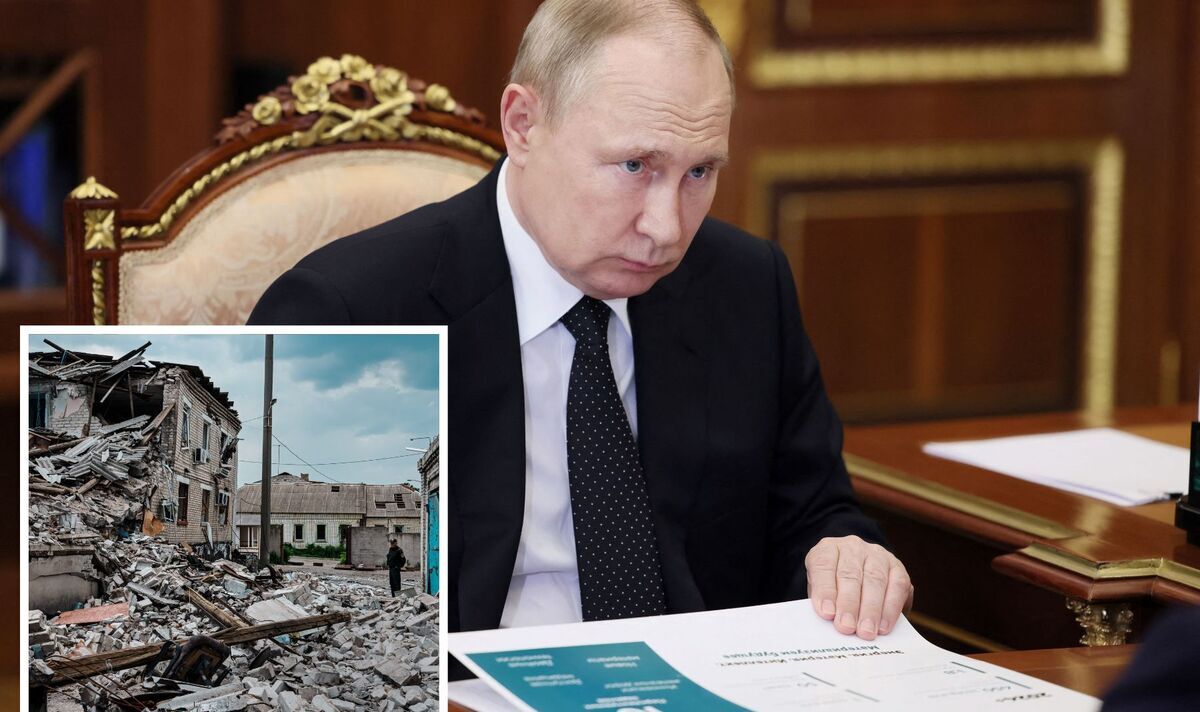 It has been reported that kidnapped Ukrainian conscripts are being forced to fight on the front line for Russia as “cannon fodder” against their own country. A wounded Ukrainian soldier made the claims after saying the men were being sent on “suicide missions” on Putin’s behalf with next to no military training and outdated weapons.

Soldier Serhii said that kidnapped separatists seemed to be “high on something” whilst launching attacks on their own men on foot.

In turn, this has forced Kyiv soldiers to turn on their own men, exposing their positions to the Russians.

Speaking to the Telegraph, he added: “They literally don’t have helmets or armored vests, and they are being sent to provoke us to start firing.

“We just kill them like pieces of meat, but then the [drones] detect us and know our positions and they start shelling exactly where we are at that moment.

“I really have the impression that they are high on something, because I just can’t understand how people without any armor just walk straight at us.”

Authorities in Kyiv have said they are losing around 200 men a day in the Donbas area, where Russian artillery strikes continue.

But they also claim that Putin is losing men at a similar rate.

As of yesterday, June 16, Ukraine puts the total amount of Russian forces killed since the invasion began at 32,950, with 1,449 tanks, 213 plans, and 3,545 armored personnel vehicles destroyed.

Three military experts have now examined why the Russian military is not the force both Putin and the world may have previously perceived it to be.

They wrote: “When this dash for the capital failed, there was seemingly no readily executable backup plan, despite Kyiv apparently being seen as the center of gravity.

“Instead, the invasion proceeded concentrically on several nonsense axes, without a clear focus of effort.”