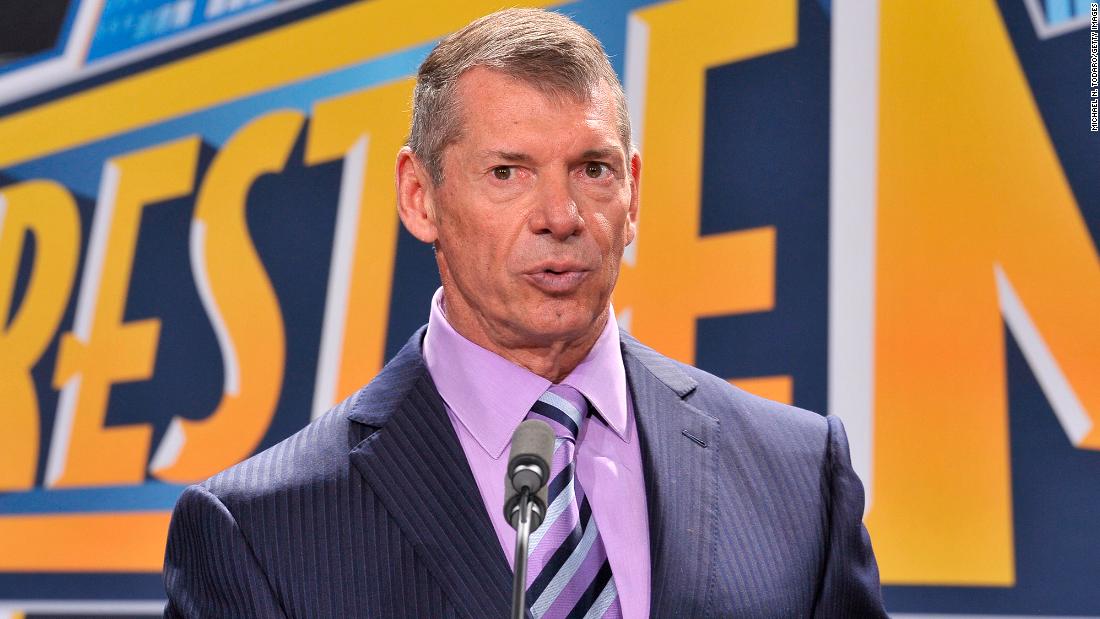 In the meantime, his daughter Stephanie McMahon, will serve as interim CEO and interim chairwoman, WWE (WWE) said in a statement Friday.
McMahon won’t completely disappear from the company. He will retain his role related to WWE’s creative content while the investigation is ongoing, and will appear as a character during wrestling matches. The company tweeted Friday that McMahon would appear on the company’s Friday night wrestling showcase, “Smackdown,” which airs on Fox.
A special committee of the company’s board has started to investigate McMahon. The Wall Street Journal reported Thursday that McMahon paid a secret $3 million settlement to a former employee he allegedly had an affair with. The separation agreement, which was reportedly made in January, prevents the former, unnamed employee “from discussing her relationship with Mr. McMahon or disparaging him,” according to the Journal.

The investigation reportedly began in April and has “unearthed other, older nondisclosure agreements involving claims by former female WWE employees of misconduct by Mr. McMahon,” the Journal reported. Other misconduct claims were reportedly found against John Laurinaitis, the company’s head of talent relations.

WWE said Friday that it takes “all allegations of misconduct very seriously” and it has engaged independent legal services to assist with the review. A third party will also “conduct a comprehensive review of the company’s compliance program, HR function and overall culture.”

The company’s board is made of up executives who report to McMahon and even members of McMahon’s own family. That includes Stephanie McMahon as well as Paul Levesque, her husband and former wrestler who goes by the stage name, Triple H. Vince McMahon controls the majority of the voting power.

McMahon has been an integral part of WWE (WWE) for decades, both behind the scenes and in the ring.

The CEO helped turn the company into a media powerhouse, which currently has deals with Fox and NBCUniversal. McMahon has also helped create many famous wrestlers, like The Rock, John Cena and Stone Cold Steve Austin, who have become bigger than WWE itself.

WWE’s shares have risen more than 30% year to date, an outlier in the current bear market.