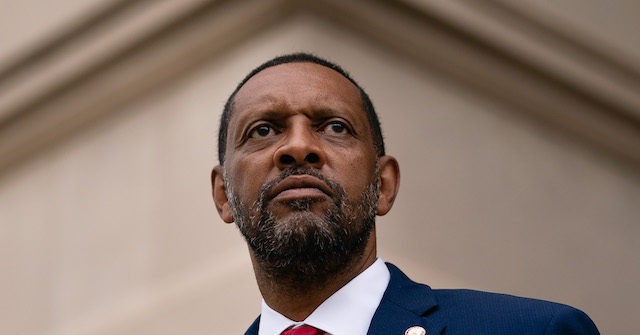 Former state Rep. Vernon Jones, a conservative Democrat-turned-Republican running for Congress in Georgia, labeled the Democratic Party “the most extreme organization in the world” as he recalled the party’s support for slavery and the Ku Klux Klan, as well as its current attacks on law enforcement and “independent think[ing].”

.@JoeBiden called the MAGA movement the “most extreme” in American history.

Biden made the divisive remarks Wednesday, as he addressed the impending Supreme Court decision to overturn the landmark Roe v. Wade 1973 abortion case.

“What are the next things that are going to be attacked?” Biden asked. “Because this MAGA crowd is really the most extreme political organization that’s existed in American history, in recent American history.”

Joe Biden says that overturning Roe v. Wade could lead to LGBT children not being allowed in school classrooms:

“This MAGA crowd is the most extreme political organization that’s existed in American history.” pic.twitter.com/WyW6j52ju0

While campaigning in Georgia’s 10th Congressional District, Jones said, “We’re taking it to them.”

“They’re feeling the burn but I have to pause for the cause because when I heard that Joe Biden said that we MAGA folks — that we’re the most extreme organization in the world, I almost fell off the campaign trail,” he said.

Jones, who was endorsed by former President Donald Trump in his run for Congress, expressed his surprise over the remarks “because Joe Biden belongs to the Democratic Party,” which he accused of racism.

“That’s the most extreme organization in the world, if there is one,” he said in the nearly 2-minute clip.

He also called out the president for showing honor to Robert Byrd, the former majority leader of the Democratic Party and an avowed Klansman who was once an “exalted cyclops” in the Ku Klux Klan.

“It was Joe Biden’s best friend, Senator… Robert Byrd from Virginia, who was the chapter president of the Ku Klux Klan,” Jones said. “And Joe Biden eulogized him and called him his mentor.”

“This same group do not want babies to be born,” he said. “This is extreme.”

The 61-year-old congressional candidate warned that Democrats “will attack you for being an independent thinker,” as he pointed to COVID vaccination policies to highlight what he viewed as hypocrisy.

Referring to “Mr. extreme ”Biden’s comments against MAGA, Jones replied that it was the president and his party that were, in fact, the extremists.

Jones, who switched parties in 2020 and endorsed then-President Trump’s re-election campaign, is narrowly leading his closest competitor, trucking company owner Mike Collins, in the Republican primary race for US Congress in Georgia’s Tenth District, according to an internal poll obtained by Breitbart News.

In 2020, I have explained why “a lifelong Democrat [was] speaking at the Republican National Convention (RNC).”

“[Because] the Democratic Party does not want black people to leave their mental plantation; we’ve been forced to be there for decades and generations,” he said.

“But I have news for Joe Biden: We are free people with free minds,” Jones added. “I am part of a large and growing segment of the black community who are independent thinkers, and we believe that Donald Trump is the President that America needs to lead us forward.”