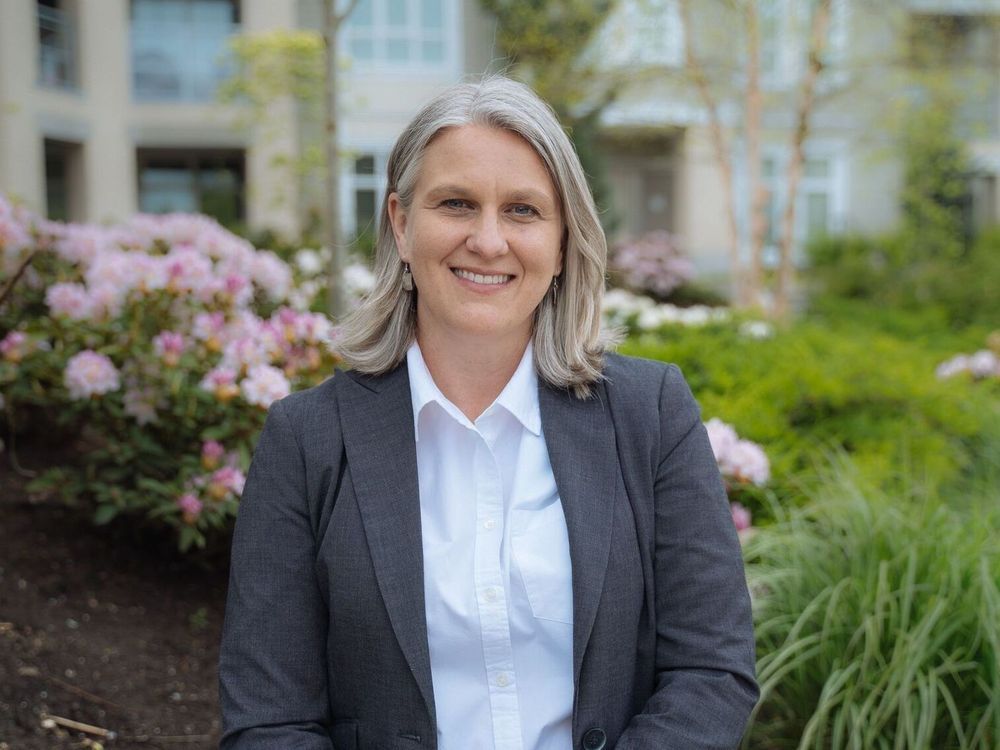 VICTORIA — Faced with a must-win by election in Surrey South, BC Liberal Leader Kevin Falcon has named a hand-picked candidate to run for the party.

She’s Elenore Sturko, an RCMP sergeant, media relations officer, and a champion within the force for human rights.

The Liberals posted a two-minute video Thursday of candidate Sturko speaking out on the issues — the rising cost of living, increased crime, the opioid crisis — and areas where the NDP has fallen short — school portables, $10 childcare, mental health services.

There were affecting images, too, of the Surrey South resident posing with her wife Melissa and their three young children. They even have a dog.

Thus did the Liberals hit the ground running in the campaign they cannot afford to lose.

It was just last week that Liberal veteran Stephanie Cadieux resigned as MLA for South Surrey to take up a posting as Canada’s first chief accessibility officer.

Sturko has toyed with the idea of ​​running for office before, thinking provincial politics because of her interest in public safety, health care, mental health and addictions, all provincial issues.

But the BC Liberals head hunted her for Surrey South.

In using his power as party leader to designate Sturko as a candidate, Falcon short-circuited the party’s usual nomination process.

Sturko told me it was done that way because Falcon didn’t know how soon the election would be called.

She also sees it as a sign of trust: “Kevin believes in me.”

Outsiders like Sturko can get squeezed out by more experienced contenders who are able to marshal voting blocs.

Sturko also picked up an immediate endorsement from Dianne Watts, the former mayor of Surrey and former Conservative MP for South Surrey-White Rock.

“Elenore brings a unique perspective to politics and to the discussion that needs to occur if we are going to seriously deal with the important issues that face the people of Surrey South and the entire province of BC,” said Watts.

“I am proud to endorse her as I strongly believe it is important to ensure there is a pathway into politics for strong and accomplished women.”

Watts finished a strong second in the 2018 BC Liberal leadership race that chose Andrew Wilkinson. Some Liberals had speculated about her de ella maybe running for the vacancy in Surrey South.

One detail that stands out in Sturko’s resumé – along with being a member of the RCMP musical ride and the Royal Canadian Air Force reserve – is her status as an author.

Three years ago she published a book (Paanialuk: the Tall One, Remembering Sergeant Dave Van Norman) about her great uncle, who was a victim of the 1960s purge of LGBT individuals from the RCMP for presumed reasons of national security.

“Reconciling the history of the purge and what happened to my great uncle and making the decision to join the RCMP has been an interesting journey,” Sturko told Amy Reid of Black Press after the book was published.

“The RCMP has come a long way. There have been questions at times, I read the paper like everybody, and it’s ‘Can the RCMP change?’ And I’m like, you know what? Heck yes, we can. I’m living proof,” she said.

Which is not to say she regards the work as done. She was one of the advisers on the LGBT purge exhibit at the Canadian Museum for Human Rights. The party biography says she has also served as an advisor within the force “on matters related to gender, sexual orientation, harassment, equity and inclusivity.”

Along with the news of Sturko’s selection as BC Liberal nominee in Surrey South, Global TV posted a clip from 2020 of her expressing disappointment that police had been banned from uniformed participation on the Vancouver Pride parade.

Sturko went on unpaid leave from the RCMP in order to run for the Liberals. If she was elected, she will resign from the force.

But her status as an on-leave RCMP officer likely means she will be drawn into the debate over Surrey’s move to replace the RCMP with its own municipal police force.

Sturko would sooner not talk about it. “It’s a municipal issue,” she told me.

But with an all-party committee of the legislature – including three BC Liberals – calling for the RCMP to be replaced by a provincial police force, I expect Sturko will have to take a stand before the campaign is out.

Premier John Horgan has six months to call the byelection and I expect he’ll hold off until the New Democrats have recruited some star power of their own.

As for Falcon, his selection of Sturko explains how he intends to diversify the BC Liberal lineup of candidates without resorting to a variation on the quota system the New Democrats adopted.

He’ll use the leader’s prerogative to recruit and name candidates, even if it means imposing his selections on local riding associations.

Sturko says that is one of the things that persuades her to join him: “He has a track record of getting things done.”

The selection of Sturko also sends a tacit message to social conservatives.

They are free to join Falcon’s “big tent” BC Liberal party.