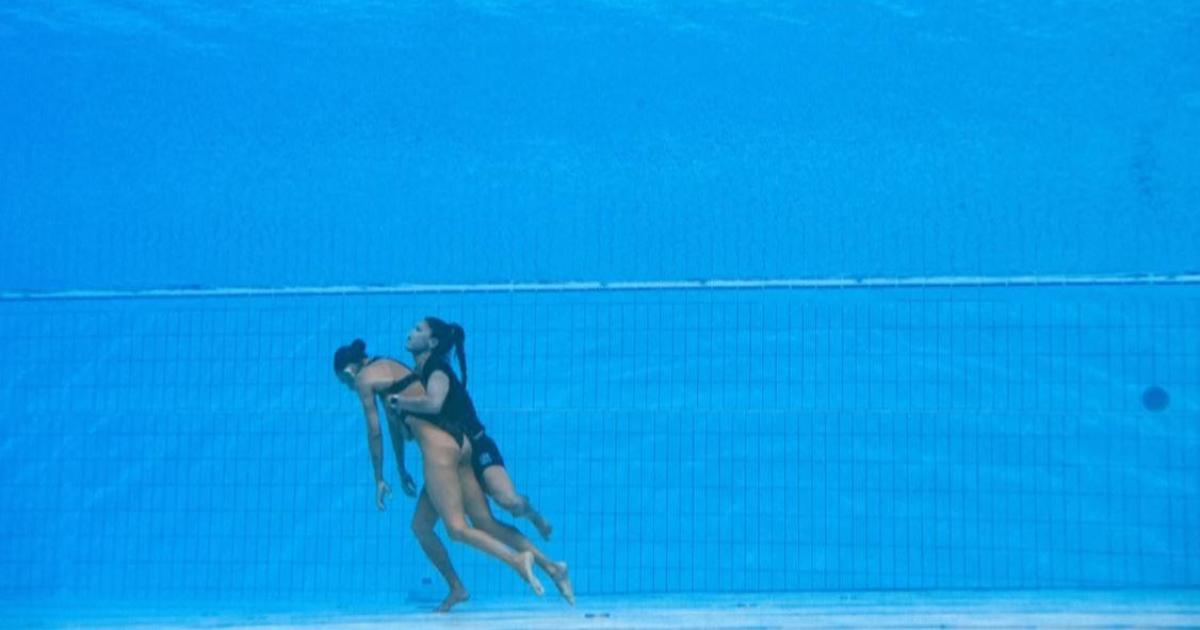 A member of the USA Artistic Swimming team was rescued by her coach after fainting near the end of her routine at the World Aquatics Championships in Budapest, Hungary on Wednesday. Underwater cameras caught the dramatic rescue as Anita Alvarez hung motionless in the pool and her ella coach, four-time Olympic medal winner Andrea Fuentes, dove in and pulled her to the surface.

She said Alvarez’ solo routine was “her best performance ever, she just pushed through her limits and she found them.”

The head coach jumped into the water quickly after seeing Alvarez sink to the bottom at the end of her solo routine. The underwater camera images show Fuentes gliding through the water toward Alvarez without anyone else around.

Soon others helped Fuentes pull the still-unconscious Alvarez onto the side of the pool, where she was given immediate medical attention before being carried out on a stretcher.

“Anita is ok and the doctors also said she is fine,” Fuentes said in the Instagram post. “We all know it happens in other sports: cycling, marathon, track and field… some don’t make it to the final line and some even finish crawling or passing out. Our sport is very hard too. Now it’s time to rest and recover.”

Fuentes was quoted by the Spanish newspaper MARCA as saying she dove into the pool “because the lifeguards didn’t do it.”

“I was scared because I could see she wasn’t breathing, but she’s feeling great now, she’s at her best,” Fuentes told the paper.

She said the team’s coaches and doctors would decide whether Alvarez should compete in the next events at the championships after she rests for a day.

Tucker Reals is the CBSNews.com foreign editor, based at the CBS News London bureau.