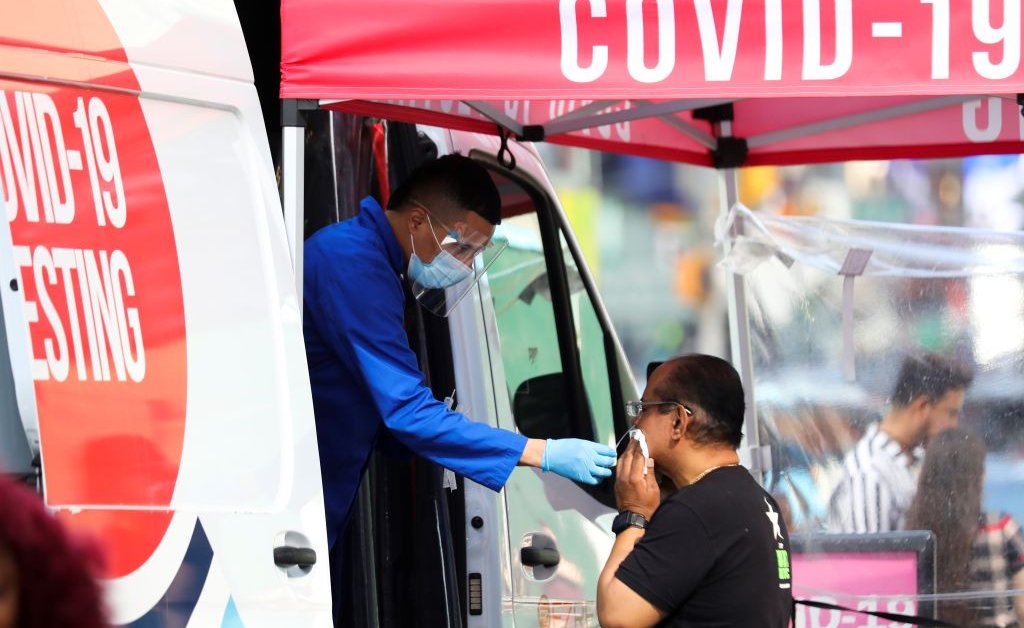 This is the number of Americans who would be alive today if the United States had the same per capita death rate from COVID-19 as our northern neighbor, Canada.

No country is more similar to the US than Canada, whose economy and culture are closely intertwined with our own. Yet faced with a life-threatening pandemic of historic proportions, Canada showed far greater success in protecting the lives of its people than the US How are we to understand Canada’s superior performance and the disastrous performance of our own country, which has the highest per capita death rate (3023 per one million, compared to Canada’s 1071) of any wealthy democratic country?

In comparing the two countries, the starting point must be the different response at the highest levels of government. In Canada, Prime Minister Justin Trudeau stated in March 2020, “I’m going to make sure that we continue to follow all the recommendations of public health officers particularly around stay-at-home whenever possible and self-isolation and social distancing”. This message was reinforced by Dr. Teresa Tam, Canada’s Chief Public Health Officer, who in March delivered a message urging solidarity, declaring “We need to act now, and act together.”

In the US, President Trump in striking contrast declared that he would not be wearing a mask, saying “I don’t think I will be doing it…I just don’t see it”. And instead of reinforcing the messages of Dr. Anthony Fauci and other leading public health officials, Trump actively undermined them, declaring in reference to stay-at-home orders in some states, “I think elements of what they’ve done are just too tough.” Not content with undercutting his top public health advisers, President Trump further undermined public confidence in science by suggesting “cures” for COVID-19, including at one point ingesting bleach and taking hydroxychloroquine, a drug that research confirmed had no efficacy as a COVD- 19 treatments.

These divergent responses at the national level were to shape responses at the state and provincial level of the US and Canada, respectively, as well as the response of the public. By the beginning of July 2020, the impact of these divergent responses was already visible, with Canada’s death rate just 60 percent of the American rate. As Canada’s more stringent public health measures—which included larger and stricter stay-at-home orders, closure of restaurants, gyms, and other businesses, curfews, and limits on public gatherings—took effect, the gap between the two countries widened even more . By October 2020, the per capita death rate in Canada had dropped to just 40 percent of the rate in the US

It is tempting to blame America’s disastrous response to COVID-19 on Trump, and there is no question that he bungled the situation. But the pandemic revealed deep fault lines in America’s institutions and culture that would have made effective responses difficult no matter who was in the White House. Had Barack Obama, for example, been in office when COVID-19 arrived, he, too, would have faced the country without a national health care system, one with deep distrust of government, exceptionally high levels of poverty and inequality, sharp racial divisions , a polarized polity, and a culture with a powerful strand of libertarianism at odds with the individual sacrifices necessary for the collective good.

The differences between the US and Canada became even more starkly visible on the issue of vaccines. The US, which had purchased a massive supply of vaccines in advance, was initially far ahead, with 21 percent of Americans and only 2 percent of Canadians vaccinated by April 1, 2021. The US was still ahead in July, but by October 1, 74 percent of Canadians were fully vaccinated, compared to just 58 percent of Americans. Part of the difference no doubt resides in the superior access provided by Canada’s system of universal, publicly funded healthcare. But equally, if not more important, is the far greater trust Canadians have in their national government: 73 percent versus 50 percent in the US Coupled with greater vaccine resistance in the US, the net result is a vast gap in the proportion of the population that is not fully vaccinated: 32 percent in the US, but 13 percent in Canada.

Also implicated in the far higher COVID-19 death rate in the US is the simple fact that Americans are less healthy than Canadians. Lacking a system of universal healthcare and plagued by unusually high levels of class and racial inequality, Americans are more likely to have pre-existing medical conditions associated with death from COVID. Americans have an obesity rate of 42 percent versus 27 percent for Canadians and a diabetes rate of 9.4 percent versus 7.3 percent for Canadians. Overall, the health of Canadians is superior and they live longer lives, with an average life expectancy of 82.2 years compared to 78.3 years in the US

Exacerbating these differences in health are the deep cultural differences between the two countries. More than three decades ago, the sociologist Seymour Martin Lipset noted in Continental Divide that the ideologies of anti-statism and individualism were far more resonant in the US than in Canada. For the many Americans influenced by the powerful libertarian strand in American culture and by its elaborate right-wing media apparatus, masks were a violation of freedom and vaccines a form of tyranny. Canada, which produced a trucker convoy that shut down the nation’s capital, is not immune to such sentiments. But they were far more pervasive in the US and led to a degree of non-compliance with the government and public health officials that had no parallel in Canada; to take but one example, the percent of Canadians wearing masks in January 2022 when the Omicron variant was at its height was 80 percent compared to just 50 percent in the US

Following a national disaster of this magnitude, there must be a serious inquiry into what happened and how it might be prevented or mitigated in the future. This is what the nation did after the attack on September 11, forming a Commission that issued a major report within two years of its formation. Surely a pandemic that has taken the lives of more than one million Americans warrants a report of at least equal seriousness. But in the current atmosphere of intense political partisanship, it might be better if such an investigation were conducted by a nongovernmental entity composed of distinguished citizens and experts, or by a non-political body such as the National Academy of Sciences. But whatever form such a commission might take, it must address a pressing question: why so many countries, including Canada, proved so much more effective in responding to the COVID-19 pandemic. We could—and should—learn from their experiences, so that the US does better when the next pandemic arrives.