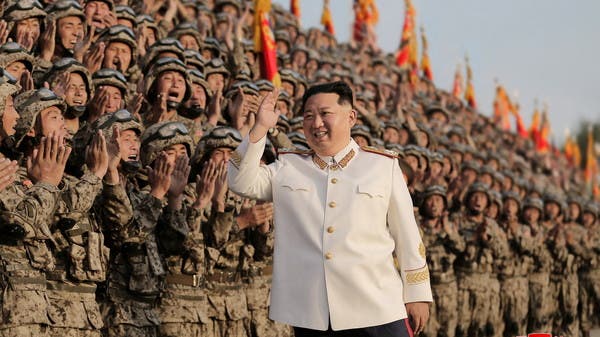 The United States assesses that North Korea is preparing its Punggye-ri nuclear test site and could be ready to conduct a test there as early as this month, State Department Deputy Spokesperson Jalina Porter said on Friday.

North Korea has recently stepped up weapons tests and resumed intercontinental ballistic missile (ICBM) launches this year for the first time since 2017.

It has not tested a nuclear bomb since 2017, but US and South Korean officials have been saying for weeks that there are signs of new construction at Punggye-ri, North Korea’s only known nuclear test site, and that Pyongyang could soon test another bomb.

Punggye-ri has been officially closed since 2018 and Porter’s statement that the site could be ready this month was more specific as to possible timing of a test and was the first such statement on the record from a US official.

“The United States assesses that the DPRK is preparing its Punggye-ri test site and could be ready to conduct a test there as early as this month, which would be its seventh test,” she told a regular briefing referring to North Korea by the initials of its official name.

“This assessment is consistent with DPRK’s own recent public statements. We’ve shared this information with allies and partners and will continue to closely coordinate with them as well,” Porter said.

She added that the United States would build on this close coordination when President Joe Biden travels to South Korea and Japan from May 20-24.

He said the fundamental mission of the North’s nuclear force was deterrence, but that its use “can never be confined to the single mission.”

Earlier on Friday the United States imposed sanctions on virtual currency mixer Blender, accusing it of being involved in one of the largest cryptocurrency heists on record and being used by North Korea to raise funds for its weapons programs.

Read more: US to impose sanctions on bitcoin ‘mixer’ company for aiding N.Korea