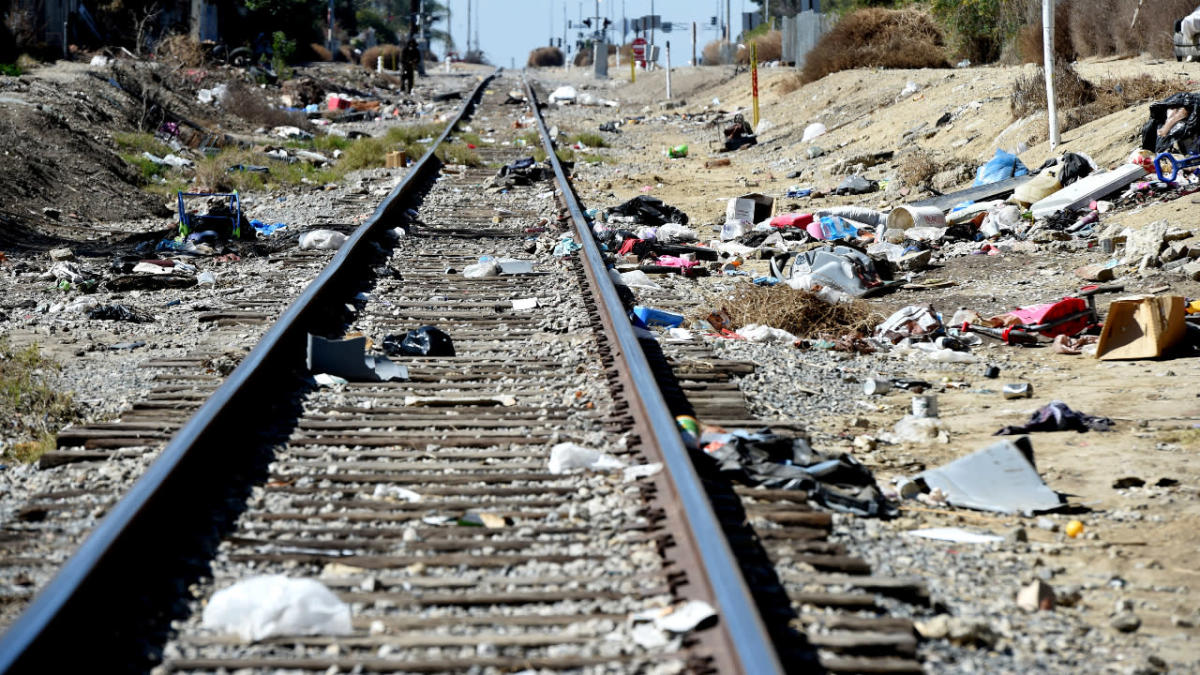 The Union Pacific (UP) railroad is urging Los Angeles District Attorney George Gascon to “reconsider” its directive which specifies 13 specific rules. misdemeanor charges which will be rejected with certain exceptions.

Their request comes after Los Angeles photojournalist John Schreiber shared images of UP-owned train tracks in the Lincoln Heights neighborhood of Los Angeles and described “packages looted as far as the eye can see”, including “Amazon packages , UPS boxes, unused Covid tests, fishing lures, cob pens,” he said in a tweet on Thursday.

UP in a Friday statement urged Gascon to “reconsider” Special Directive 20-07, which allows many misdemeanor cases to be denied or dismissed before arraignment unless “factors to consider” exist. exist.

The list of offenses includes trespassing, disturbing the peace, possession of alcohol by a minor, driving without a license, driving with a suspended license, criminal threats, possession of drugs and paraphernalia , being under the influence of a controlled substance, public intoxication, loitering for prostitution and resisting arrest.

“But that’s the reality that Union Pacific has faced over the past year, and it helps us shine a light on this issue. I think that’s a call to action for a number of stakeholders involved in this issue because…there are a number of people affected by this,” Guerrero told Fox News Digital, adding that UP has engaged with the Los Angeles Police Department, Sheriff’s Office and the California Highway Patrol to target thefts.

UP has about 1,600 employees in Los Angeles County and its own police department with primary jurisdiction over railroad crimes, according to its website. The railway company estimates that more than 90 packages are compromised per day.

Those “who intend to break into these containers can and will find a way” sometimes “to damage the containers to gain access,” a UP spokesperson told Fox News Digital.

“In several months during this period, the increase over the previous year exceeded 200%. In October 2021 alone, the increase was 356% compared to October 2020,” Guerrero writes in the letter. “Not only do these dramatic increases represent retail product theft, but they include an increase in assaults and armed robberies of UP employees performing their duties moving trains.”

The theft amounted to more than $5 million in damages for UP alone, which does not include damages to customers or consumers.

Guerrero’s letter to Gascon continued: “UP and our freight movement partners urge you to reconsider the policies detailed in Special Directive 20-07. While we understand the policy’s well-intended social justice goals, we need our justice system to support our efforts to partner with local law enforcement, hold these criminals accountable and, most importantly, help protect our employees and the vital local and national rail network.

Organized crime syndicates planning robberies along the rail system recruit minors and homeless people “by force” and break them into trains and pull boxes and put them “into vehicles”, a- he explained.

UP began noting an increase in rail theft in mid-December 2020 when the guideline was released.

“Although railroad theft is a national problem…it is a state problem here in California.…The difference is how the criminal justice system and how local law enforcement holds these criminals accountable with legal consequences, and that’s not the case in LA County,” Guerrero told Fox News.

The governor signed a bill in July to create crime task forces around the California Highway Patrol and local agencies to combat organized theft rings. AB 331 also reinstated organized retail theft as a felony, a designation that had expired on July 1. It applies to those who work with thieves to steal or receive stolen goods and to those who recruit or organize networks of thieves.

The problem of generally poor railway tracks is not new to the city. Los Angeles City Councilman Joe Buscaino, who represents District 15, southwest of Lincoln Heights, introduced a resolution in February 2021 to declare parts of the Union Pacific railroad tracks a public nuisance, which would allow city employees to help clean the tracks.

The resolution states that “the presence of homeless encampments, illegal dumps, graffiti, and invasive weeds and vegetation on Union Pacific rights-of-way is a public nuisance and must be eliminated.”

In a statement to Fox News Digital, Gascon Special Counsel Alex Bastian said, “Our office is committed to working with law enforcement to ensure collective safety in Los Angeles County’s sprawling infrastructure, whether in our ports or on the railroads. Some cases brought to our office by Union Pacific have been filed, such as burglary and grand larceny, while others have been denied due to insufficient evidence. We make decisions charge based on the evidence.

“Our office takes Union Pacific’s concerns seriously and hopes to discuss this matter further in the coming weeks,” Bastian continued.