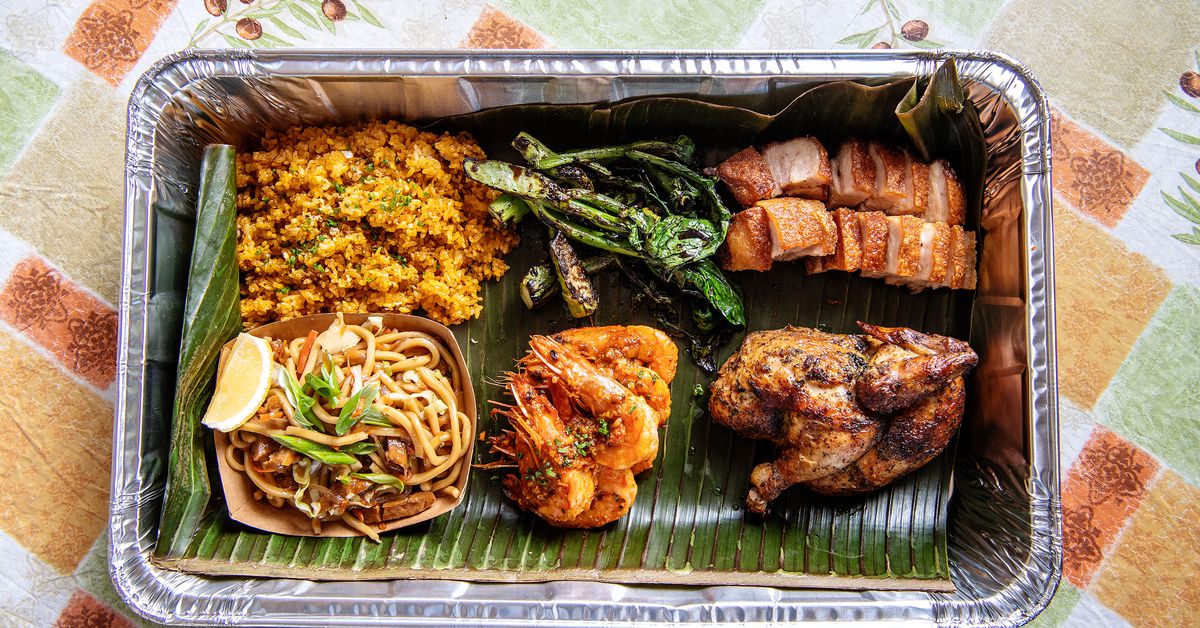 Chef Maynard Llera runs what may be the most talked-about Filipino spot in Los Angeles right now, Kuya Lord. Except, for the past couple of years, there has only been one problem: The ‘restaurant’ did n’t really exist, it was just a pop-up done out of the garage of his La Cañada Flintridge home. Now Llera is going legit with a storefront to call his own de el on Melrose, and the first day of service is just weeks away.

Kuya Lord has been an undeniable hit since Llera first started tinkering with it as an occasional pop-up around Los Angeles before the pandemic. Restaurant lockdowns and economic uncertainty pushed the project into his garage, earning the longtime chef heaps of praise both locally and internationally. The Quezon, Philippines-born Llera even got an early 2021 review from the Los Angeles Times, which praised his takeout trays filled with pancit, grilled yellowtail collar, rotisserie chicken, and garlicky prawns, among other delights. Llera says that he’ll be translating much of that food to his new restaurant at 5003 Melrose Avenue.

“Originally I was planning to do a Filipino noodle shop,” says Llera. “But because of what I did in my house, I think I found a niche.” Fans have gravitated to Llera’s family-style kare-kare trays, where banana leaves underpin heaps of meats, noodles, and sides. “People love the pamilya trays,” he says, “and I think that’s how I want people to know us.”

In that sense, the upcoming Kuya Lord restaurant is really just an extension of the garage, albeit with a more fully-realized kitchen setup and an actual storefront with signage. Llera wants to continue to focus on catering and large-format takeout, while also offering something to solo diners and those just passing by. The restaurant’s dining room has just 18 seats, though Llera says that he has the opportunity to expand there in the future as needed. “I’ll have a regular menu of noodles, rice bowls, and of course lechon,” he says, nodding to his massively popular porchetta-ish Filipino pork dish, “and I’ll do specials like once or twice a week, just to show more Filipino dishes. I want to keep it interesting.”

Interesting, indeed. Llera says that while he is a proud Filipino cook, he does not always cook traditionally. Instead he infuses his food with techniques and lessons learned while working as the opening sous chef of Bestia in the Arts District (where he remained and grew under chef Ori Menashe), and as the executive chef of the H.Wood Group. The latter helped him to envision his own role as a chef-owner, and all the responsibility that entails — and it also taught him how to throw one heck of a party. Llera says that the landlord of his building is keen to continue to grow the community’s food options alongside neighboring joints like Ggiata, and that could mean blocking off the parking lot for occasional open-air dining nights filled with grilled meats and drinks.

For now the plan is to put one foot in front of the other. Llera has been teasing glimpses of his forthcoming restaurant on the Kuya Lord Instagram page, ahead of a June opening date. Slowly the restaurant will ramp up to include ongoing lunch through dinner hours, alongside all that catering and those takeout trays that made the garage so famous. The same pig, the same chicken, the same Maynard, now just on Melrose.