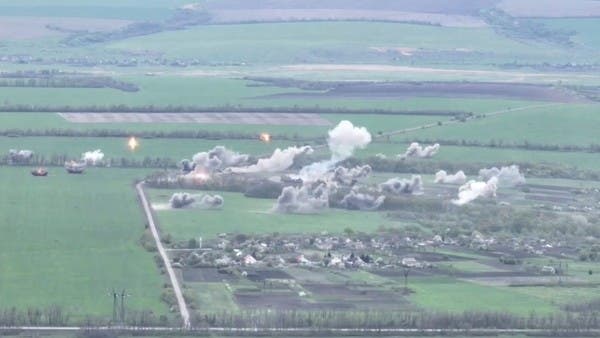 Ukrainian forces are on the counteroffensive near the Russian-held town of Izium, the governor of Kharkiv region said on Saturday, striking at a key axis of Russia’s assault on eastern Ukraine.

A major and successful counteroffensive on that Russian line of advance would deal a serious setback for Moscow in the Battle for the Donbas, a region in Ukraine’s east that Russia has said it wants to capture completely.

Moscow’s forces have been trying to fight their way south from the town of Izium, the northern part of a Russian pincer movement aimed at outflanking battle-hardened Ukrainian forces dug in to defend the eastern front line.

“Our armed forces have switched to a counteroffensive there. The enemy is retreating on some fronts and this is the result of the character of our armed forces,” he said.

In a possible shift in momentum in the war, Ukraine has been recapturing territory in its northeast, driving Russia away from the second-largest Ukrainian city of Kharkiv in their fastest advance since Moscow’s troops pulled away from Kyiv.

Ukrainian forces destroyed parts of a Russian armored column as it tried to cross a river in the Donbas, video from Ukraine’s military showed on Friday, and its defense minister predicted many weeks of grinding fighting ahead.

Russia invaded Ukraine on February 24, driving toward but failing to reach the capital, before withdrawing to focus its firepower on the south and the Donbas.

Moscow announced on April 19 that the second phase of what it calls its “special operation” had begun. It says the operation’s aim is to disarm Ukraine and protect it from fascists, to claim Kyiv and its Western allies dismiss as a false pretext to wage an unprovoked war of aggression.