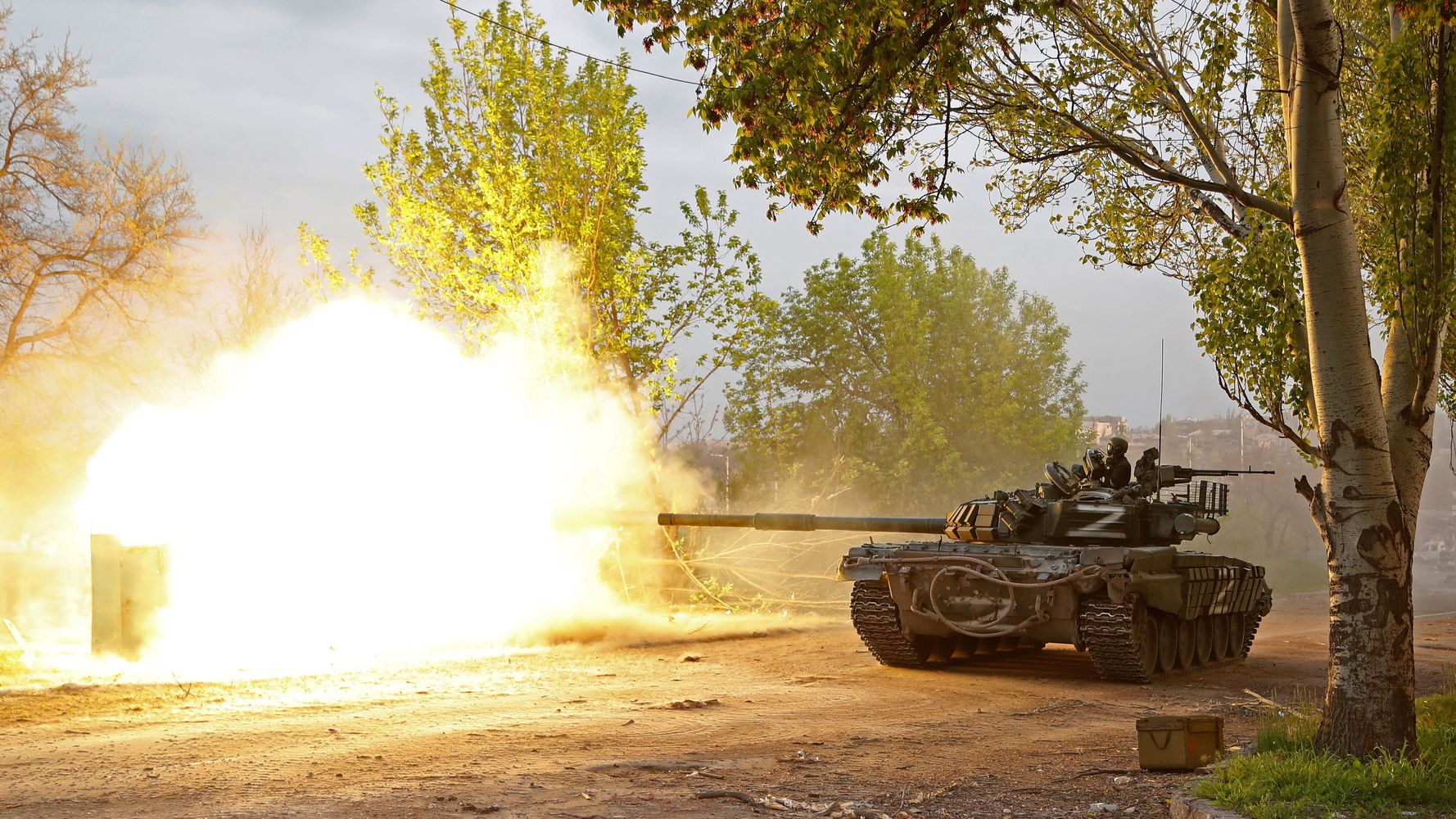 The Azovstal steel plant in Mariupol has become the last bastion of resistance in the beleaguered Ukrainian city – but neither side has shown any indication of giving up.

Here’s a breakdown of how this one area became such an essential part of the war.

The southern port city suffered from intense shelling and brutal attacks very early on in the Russian invasion and the pressure on Mariupol has only intensified since the Kremlin ordered its troops to focus on south-east Ukraine.

While the Ukrainians held firm in Mariupol, the Russian forces gradually forced their way into the city.

The Russian president Vladimir Putin then declared victory in Mariupol last week, and now reportedly intends to make the desecrated city a key part of Russia’s national holiday celebrations on Monday – but there’s an obstacle.

There is still a small body of resistance in Azovstal steel plant in the city which is facing intense and continuous attacks from Russian troops. It has evolved into a conflict so fierce it has been compared to the battle of Stalingrad from World War 2, where the Nazis put pressure on hiding Soviet forces.

Ukrainian president Volodymyr Zelenskyy also told the UK foreign policy think tank Chatham House that Russia’s treatment of Mariupol is “an example of torture and starvation used as a weapon of war”.

“This inhumanity and cruelty is how the Russia military treats people,” he added.

“Death is not caused by war. This is not a military event. This is torture to death. This is terrorism and hatred.”

What’s going on inside Azovstal?

The UN secretary general described the steel plant as a series of “hellscapes” now, due to the repeated bombardment from the Russian forces.

The four-mile steel mill, built on the coast in the 1930s, has tunnels built deep underground and bunkers said to protect against even a nuclear blast.

The network is so sophisticated it is currently housing around 2,000 Ukrainian fighters and approximately 200 civilians.

The UN launched its third rescue mission to “receive those civilians remaining in that bleak hell…and take them back to safety” on Friday.

The UN and the International Committee of the Red Cross also claim to have already helped almost 500 civilians flee during their two previous operations in the past week.

Around 50 people – including the wives of soldiers currently inside Azovstal – are reportedly trying to negotiate with the Russian military for the release of the Ukrainian soldiers also trapped inside, but to no avail.

Why is Russia bombing the steel plant?

The Russian troops have not tried to infiltrate the mill because they will be putting themselves in jeopardy, as the Ukrainians hiding within would have the advantage.

Instead, Putin called for his forces to besiege the plant. Large bombs are being dropped on the property, but it’s unclear if the troops have yet managed to cut off all access to food, water and ammunition.

The Ministry of Defense explained in its daily Twitter briefing: “The renewed effort by Russia to secure Azovstal and complete the capture of Mariupol is likely linked to the upcoming May 9 Victory Day commemorations and Putin’s desire to have a symbolic success in Ukraine.

“This effort has come at personnel, equipment and munitions cost to Russia.

“While Ukrainian resistance continues to Azovstal, Russian losses will continue to build and frustrate their operational plans in southern Donbas.”

Why is there extra pressure on Russia?

Putin is preparing for Victory Day, the annual holiday in Russia of the 1945 defeat of the Nazis.

As the Russia president is known to value symbolism and patriotism, he is expected to up the ante and consolidate his minimal victories for the occasion – although the Kremlin has denied that Putin will make any grand declarations of war.

Russia is also becoming increasingly reliant on domestic support, because it is becoming so isolated from the international community due to its unprovoked, barbaric attack on Ukraine.

Amnesty International has said there is evidence Russian troops have committed war crimes, including “reckless shootings and torture” outside the capital of Kyiv, although Moscow denies it is responsible for any such crimes.

Donatella Rovera, Amnesty’s senior crisis response adviser, said: “These are not isolated incidents. These are very much part of a pattern wherever Russian forces were in control of a town or a village.”

Meanwhile, there have been reports of Russians fleeing the country due to the war, undermining support Putin is reliant on back home.

Journalist Alec Luhn tweeted that around 3.8 million people – “most of the pro-Western, opposition-minded folks” – fled Russia during the first quarter of the year.

However, I have suggested this could even work in Putin’s favour, as I have added: “Don’t hold your breath for a revolution.”

3.8 million (!) people left Russia in the 1st quarter of the year, according to official stats. Anecdotally that included most of the pro-Western, opposition-minded folks. Don’t hold your breath for a revolution https://t.co/3oMMYHdKiL