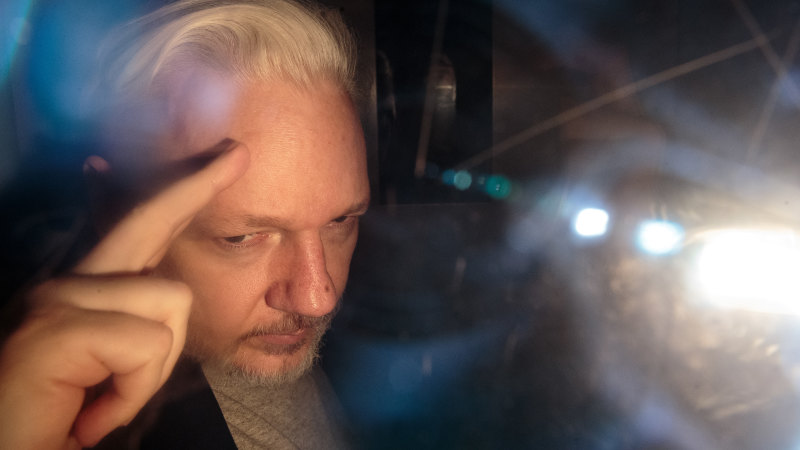 “Instead, she will forever be remembered as an accomplice of the United States in its agenda to turn investigative journalism into a criminal enterprise.

“The path to Julian’s freedom is long and tortuous. Today is not the end of the fight. It is only the beginning of a new legal battle.”

Assange is in Belmarsh prison where he will remain as his appeals take place.

He is charged by the United States under the espionage act relating to the theft of hundreds of thousands of diplomatic cables that WikiLeaks published, unredacted, online.

His lawyers argue that he is a journalist and editor and that his prosecution is political persecution.

These arguments were previously rejected as reasons for barring his extradition by a British judge and will form the basis of the next legal appeal.

His Australian human rights lawyer, Jennifer Robinson, said that the Australian government needed to ask the Biden administration to drop the charges.

“His health is suffering, he’s lost weight, he’s had a stroke since I last saw him – it very much looks like punishment by process,” she said, speaking to The Sydney Morning Herald and The Age at Doughty Street Chambers.

As opposition leader, Prime Minister Anthony Albanese said that Assange should be returned to Australia, but he has refused to say if he’s pressured the US government on the issue since winning the election.

Greg Barns SC, an adviser to the Australian Assange Campaign, said Albanese should not wait any longer to press Assange’s case to Australia’s allies.

“This is an appalling decision,” he said.

“We appreciate the new Australian government is aware of highly significant issues in this case – freedom of the press and most importantly Julian Assange’s human rights.

“We bid now is the time for the government to work with its key allies in Washington and London to end this case.”