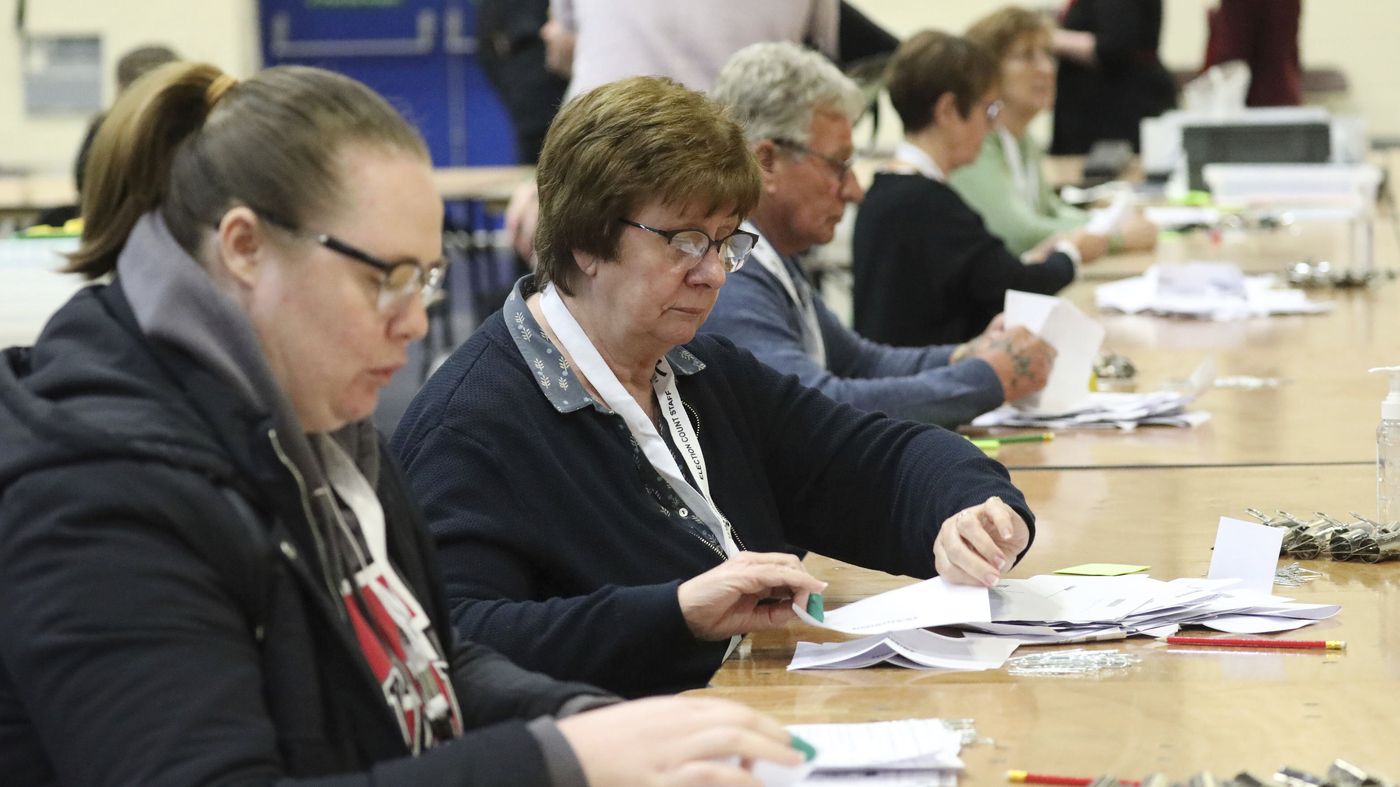 Ballot papers are counted at Peterborough Arena, for the local government elections, in Peterborough, England, Thursday, May 5, 2022.

Ballot papers are counted at Peterborough Arena, for the local government elections, in Peterborough, England, Thursday, May 5, 2022.

The vote for more than 200 local councils decides who collects garbage and fills potholes across the country, and is also seen as an important barometer of public opinion ahead of the next national election, which must be held by 2024.

The main opposition Labor Party, which has been out of power nationally since 2010, won control of Wandsworth, Barnet and Westminster, three London boroughs long held by the Conservatives.

With results from about half of England announced Friday morning, Labor had not made big gains outside of the capital, especially in working-class northern England — areas that Johnson successfully wooed in the 2019 general election.

Conservative Party chairman Oliver Dowden acknowledged the results in London were “difficult” but said the “more mixed picture” elsewhere showed Labor did not have the momentum to win the next general election.

Labour’s national campaign coordinator, Shabana Mahmood, argued that the results showed Labor was building a solid foundation to get back to power.

“Labor is making headway…taking over key Conservative councils and winning in vital Parliamentary battlegrounds across the country,” she said.

Results are still to come from the rest of England, and all of Scotland and Wales. In Northern Ireland, voters are electing a new 90-seat Assembly, with polls suggesting the Irish nationalist party Sinn Fein could win the largest number of seats, and the post of first minister, in what would be a historic first.

The election campaign was dominated by increasing prices for food and fuel, which have sent household bills soaring.

Opposition parties are demanding the government do more to ease the cost-of-living crunch — driven by the war in Ukraine, COVID-19 pandemic disruption and economic aftershocks from Britain’s exit from the European Union. Both left-of-center Labor and the centrist Liberal Democrats advocate a windfall tax on energy companies, which have reported record profits amid rocketing oil and gas prices.

The election also comes after months of turmoil for Johnson, in which he became the first prime minister to be sanctioned for breaking the law in office. He was fined 50 pounds ($62) by police for attending his own surprise birthday party in June 2020 when lockdown rules barred social gatherings.

Johnson has apologized, but denies knowingly breaking the rules. He faces the possibility of more fines over other parties — police are investigating a dozen gatherings — and a parliamentary investigation into whether he misled lawmakers about his behavior.

The prime minister also faces discontent within his own party. A bad result could lead Conservatives to try to replace Johnson with a less tarnished leader.

Dowden, the party chairman, acknowledged there had been “challenging headlines for the past few months.”

“But I do think that set against all of that, those sort of challenges that you would expect after 12 years in office, these are challenging results, but we have made progress in lots of places,” he told Sky News.

“Labor are certainly not on the path to power and I believe that Boris Johnson does have the leadership skills, in particular the energy and the dynamism that we need during this difficult period of time.”