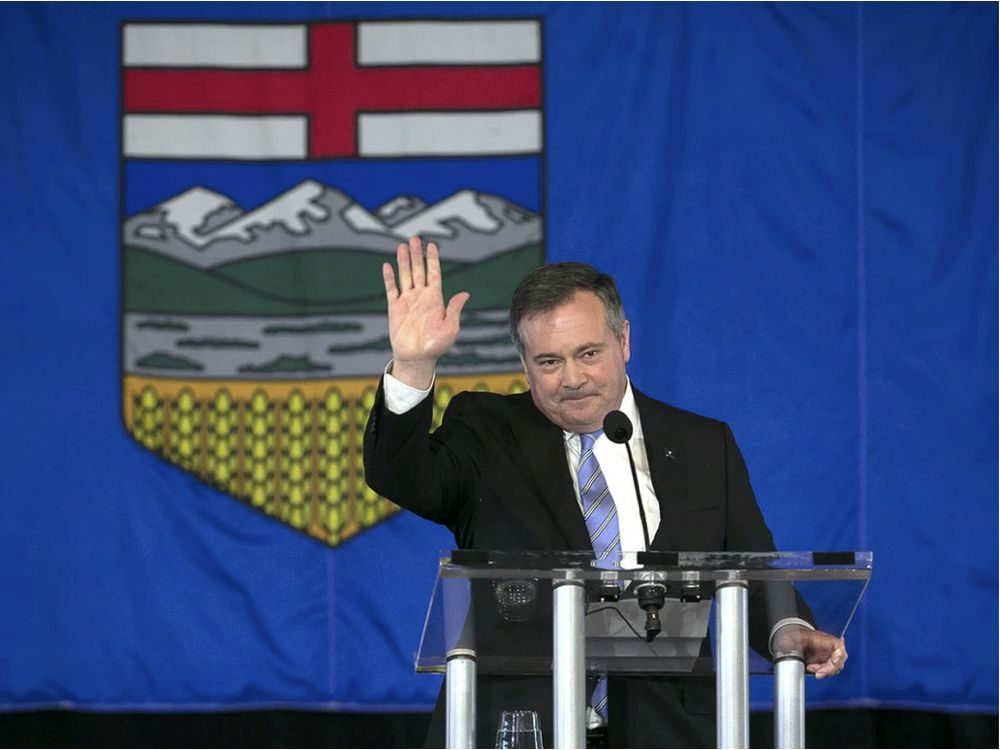 Several UCP MLAs expressed shock, gratitude and thanks towards Premier Jason Kenney Wednesday morning after he announced he would be resigning as party leader.

Kenney said Tuesday evening he intends to step down as the party leader after he gained just over 51 per cent of support from party members in a leadership review. The following morning UCP caucus members filtered into McDougall Center in downtown Calgary for a caucus meeting where the next steps are expected to be discussed.

Stopping to speak to media beforehand Brian Jean, who has been critical of Kenney and has announced his intention to run for party leader, said Kenney needs to step aside immediately and an interim leader needs to step in.

Leela Aheer, who was removed from a cabinet position after being vocally critical of Kenney, said Wednesday was a beautiful day filled with opportunity.

“The only thing that most of us wanted was to have a leadership race and to be able to engage with our public and earn back their trust,” said Aheer. “I just think it’s a beautiful moment for us to be able to see what happens with all of that.”

Many of the members remained tight-lipped about whether they would put their names forward in the expected upcoming leadership race. Aheer said she wouldn’t put her name forward and believed someone else would need to do so if she was going to seek the top job.

Devin Dreeshen, MLA for Innisfail-Sylvan Lake and a former cabinet minister before he resigned, declined to comment on whether he would put his name forward. He said the party has a lot of work ahead of them and that they need to remember their political enemies are the NDP, not each other.

Several other MLAs said they believed Kenney deciding to resign after the vote was what was best for Albertans and the best interest of the party with several noting he didn’t have to take that step.

Calgary-Klein MLA Jeremy Nixon said moving forward the party needs to stay focused on the progress they made under Kenney.

“We have a lot of good things happening in our province, the balanced budget, the economy’s moving forward in a great way,” said Nixon. “I think the biggest thing for us now is making sure we don’t lose the progress there as we move forward.”