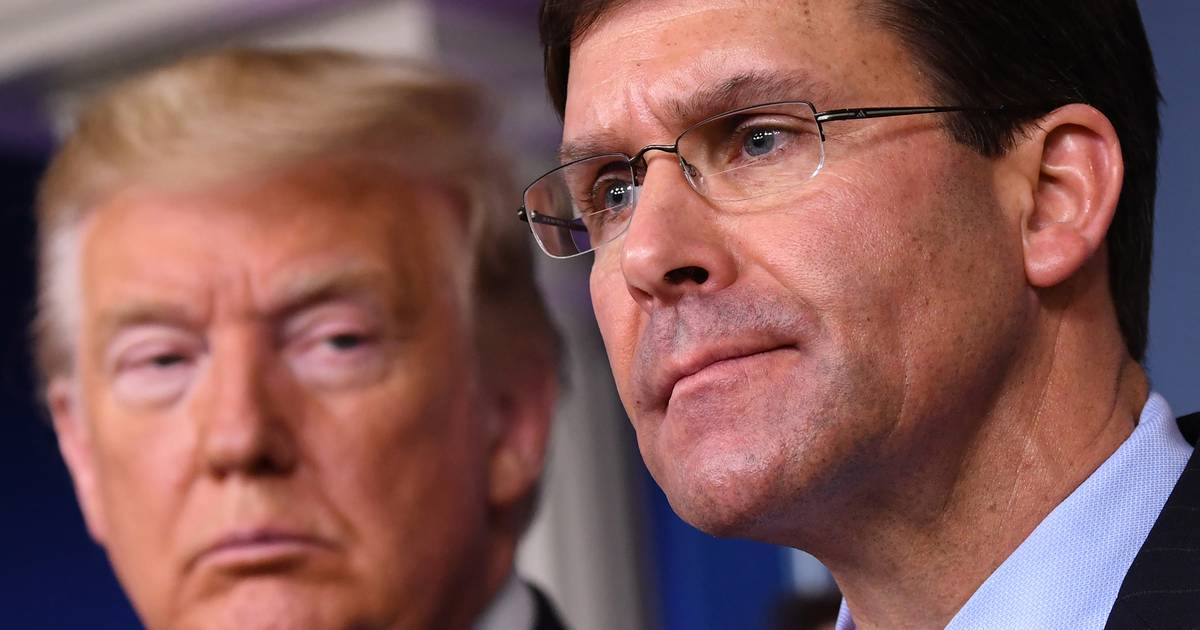 “Shoot missiles into Mexico to destroy the drug labs,” Esper recalls Trump telling him. “They don’t have control of their own country.”

When Esper objected to the idea of ​​a military attack on one of the closest US allies, Trump suggested trying to keep the US role in the attack secret.

“We could just shoot some Patriot missiles and take out the labs, quietly,” Trump asserted, apparently unaware that Patriot missiles are defensive weapons used to shoot down incoming missiles. “No one would know it was us.”

Esper, whom Trump abruptly fired immediately after Election Day, says Miller demanded that the Pentagon come up with a plan to send a quarter-million soldiers to the border with Mexico to face down a supposed caravan of thousands of migrants.

“The US armed forces don’t have 250,000 troops to send to the border for such nonsense,” Esper claims he responded to Miller.

“I was just flabbergasted,” Esper told CBS News in a “60 Minutes” interview set to air on Sunday.

It wasn’t the first clash Esper claims he had with the pugnacious hardliner.

Esper says Miller suggested that the US could publicly parade the severed head of terrorist Islamic State leader Abu Bakr al-Baghdadi in pig’s blood after his 2019 killing as a macabre warning to other Muslim extremists.

The defense chief says he told Miller such a gory act would be an illegal “war crime.” It could also have dramatically inflamed anti-American sentiment across the Islamic world.

Miller denies the al-Baghdadi claim and hasn’t responded to the request of sending troops to the border.

Esper earlier revealed that Trump wanted troops to open fire on racial justice protesters who filled the streets of Washington DC in the fractious summer of 2020.

He adds that the exasperated president derided him as a “loser” along with Joint Chiefs of Staff Chairman Gen. Mark Milley and Vice President Mike Pence for refusing to go along with his plan to shoot peaceful American protesters.