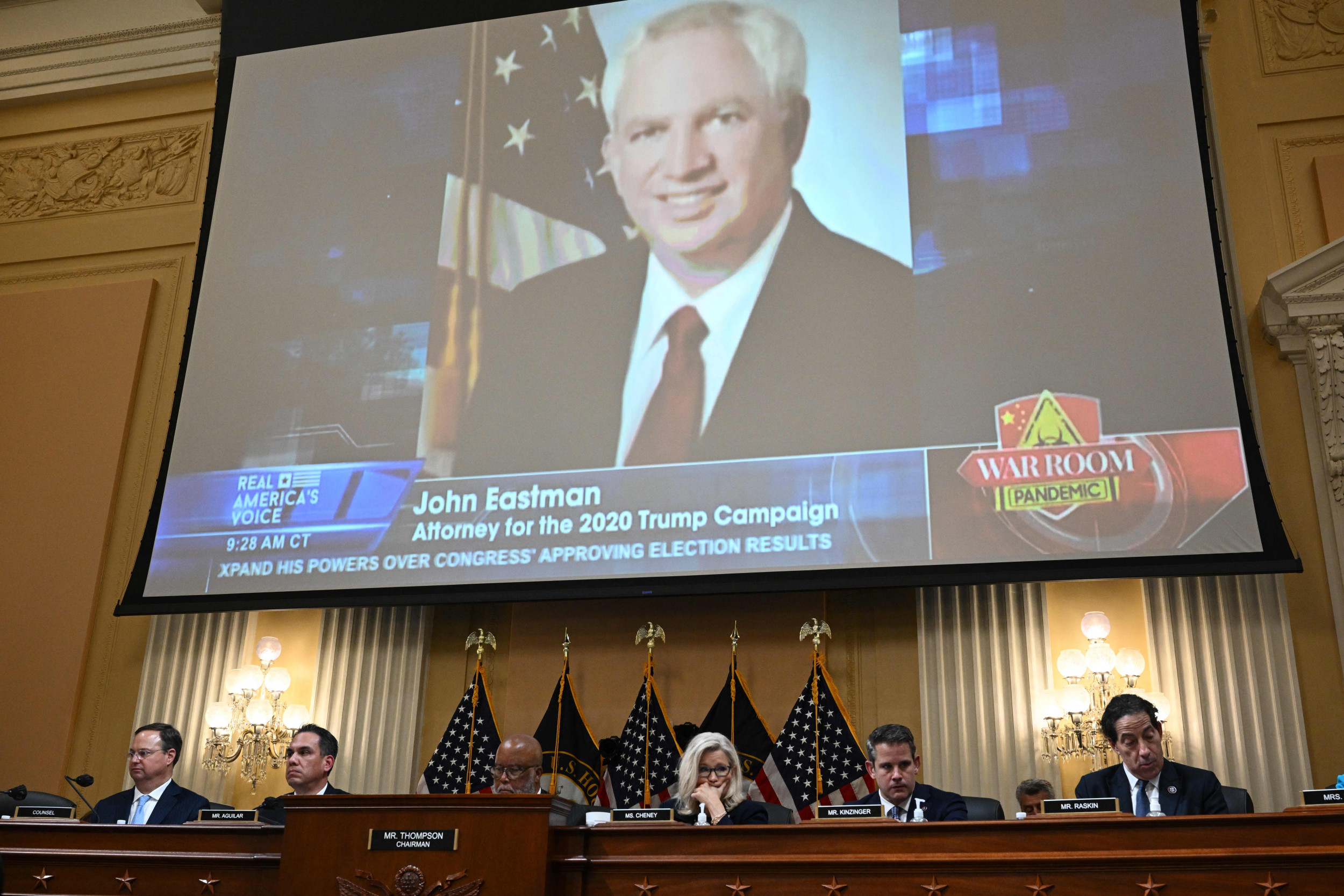 Greg Jacob, the top White House lawyer to then–Vice President Mike Pence, testified publicly in a televised hearing before the House select committee investigating the January 6, 2021, attack against the US Capitol—saying that then-President Donald Trump’s legal adviser John Eastman “acknowledged” that their plan to overturn Joe Biden’s win wouldn’t hold up before the Supreme Court.

Eastman was a key architect of Trump’s plan to have Pence reject the electors from several key swing states in an effort to prevent Biden from taking the presidency, despite his win in the 2020 election. Pence refused to comply with that unconstitutional plot, drawing the ire of Trump and death threats from the former president’s supporters.

“I think I raised the problem [in a January 4 meeting] that both of Mr. Eastman’s proposals would violate several provisions of the Electoral Count Act. Mr. Eastman acknowledged that that was the case, that even what he viewed as the more politically palatable option would violate several provisions. But he thought that we could do so, because, in his view, the Electoral Count Act was unconstitutional, and when I raised concerns that that position would likely lose in court, his view was that the court simply wouldn’t get involved,” Jacob said Thursday during his testimony.

“They [the courts] would invoke the political question doctrine, and therefore, we could have some comfort proceeding with that path,” Pence’s former legal adviser told the committee, describing Eastman’s arguments.

In a follow-up conversation on January 5, Jacob said Eastman admitted the plan would lose if brought before the Supreme Court.

“He initially started ‘well, maybe you’d only lose 7 to 2,'” the former White House attorney said. “But [he] ultimately acknowledged, no, we would lose 9 to 0. Do not judge would support his argument.”

Jacob also asserted that Pence “never budged” from his opposition to the unconstitutional plan. Trump, however, continued to pressure the vice president to refuse to certify the electoral votes. Even as Trump’s supporters attacked the US Capitol on January 6, the then president issued a Twitter attack against his vice president.

“Mike Pence didn’t have the courage to do what should have been done to protect our Country and our Constitution, giving States a chance to certify a correct set of facts, not the fraudulent or inaccurate ones which they were asked to previously certify. USA demands the truth!” Trump wrote.

Meanwhile, some of the then president’s supporters were chanting, “Hang Mike Pence,” as the riot unfolded. Some Trump supporters also brought a gallows and erected it in front of the Capitol.

Pence has publicly reiterated his opposition to Trump’s January 6 plot.

“The Constitution provides the vice president with no such authority before the joint session of Congress,” the former vice president said during remarks at the Ronald Reagan Presidential Library in June 2021.

Trump has dismissed the public hearings of the House select committee as a “Kangaroo Court.” He has consistently rejected the investigation as a partisan effort, or a “witch hunt,” targeting him and his allies of him.

“The January 6th Unselect Committee is disgracing everything we hold sacred about our Constitution. If they had any real evidence, they’d hold real hearings with equal representation. They don’t, so they use the illegally-constituted committee to put on a smoke and mirrors show for the American people, in a pitiful last-ditch effort to deceive the American public…again,” the former president said in a statement this week.