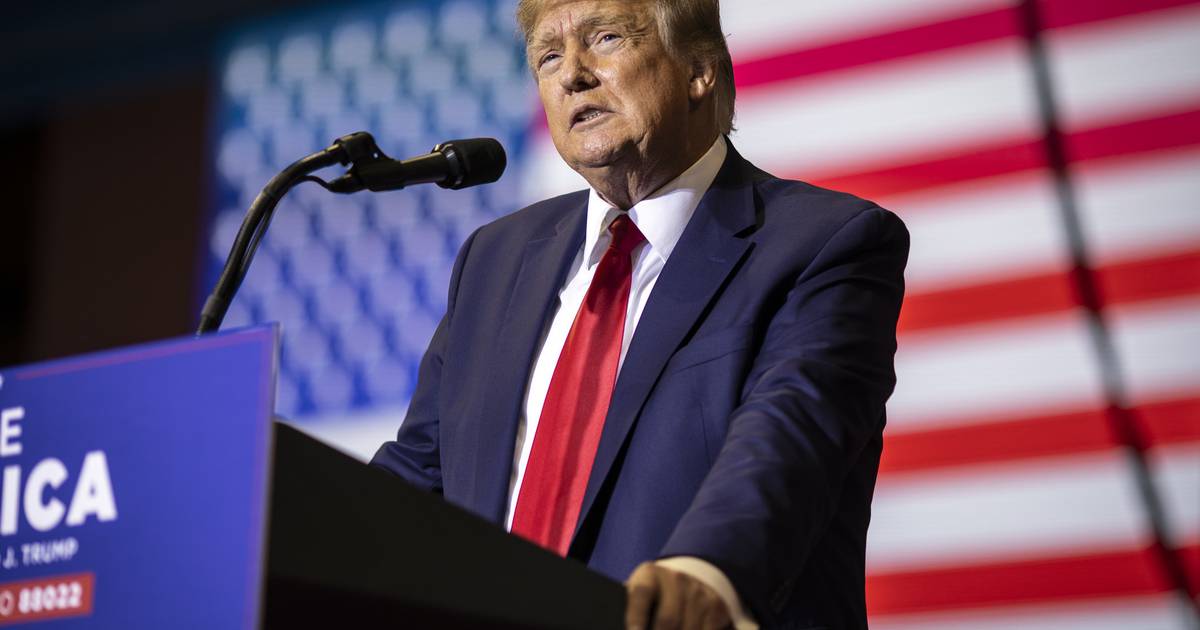 Just days before Illinois’ primary election, former President Donald Trump will hold a Downstate rally in support of freshman US Rep. Mary Miller, whom he endorsed in a one-on-one Republican matchup with five-term US Rep. Rodney Davis.

His visit will follow stops on Monday in Chicago and Peoria by former Vice President Mike Pence.

Miller’s first term has been marked by controversy as she has allied herself with the far-right extremes of the House Republican caucus, which has helped her earn the former president’s support.

Though a stop in Illinois by Trump on Miller’s behalf has long been discussed, it has only been in recent days that Trump and his campaign team have moved to make it a reality, renting out the Adams County Fairgrounds outside Quincy for a 7 pm event on June 25.

Miller, who traveled to Trump’s Mar-a-Lago resort in Florida for a fundraiser he hosted for her in April, confirmed that she would be a “special guest” of Trump’s at the event.

Trump’s “Save America” organization made no specific mention of candidates in announcing the June 25 event. Downstate state Sen. Darren Bailey, a candidate for the Republican nomination for governor on the June 28 primary, has actively sought the former president’s endorsement as he seeks an edge over five rivals, including Aurora Mayor Richard Irvin.

Davis, of Taylorville, said in a statement that he was “proud of my conservative record of working with Trump when he was in office, and I won’t shy away from it.

“I’m focused on winning this campaign, firing Nancy Pelosi, and re-implementing the many policy successes we had when Trump was president, like building the wall, cutting taxes, and making America energy independent again.”

A Trump visit to Illinois is likely to suck all of the political oxygen out of the final campaign weekend, particularly as a House select committee continues its hearings into the former president’s role in the Jan. 6, 2021, insurrection at the US Capitol. The hearings have focused on Trump’s potentially illegal attempts to remain in office after top staffers told him that his claims of massive voter fraud in losing to Democrat Joe Biden were baseless.

Pence has also been at the center of those hearings. His visit to Illinois on Monday will start with a speech in Chicago on the economy, followed by an address in Peoria for a local Lincoln Day dinner celebration.

In Chicago, Pence will address the University Club of Chicago on “the failures of progressive economic policies that have led to record inflation, record gas prices, and record pessimism about America’s economy,” according to his Advancing American Freedom group.

“Pence will contrast that with the period of historic economic prosperity during his time as vice president,” the group said.

Pence was the main focus of Thursday’s House hearing about Jan. 6. Dramatic photos showed him holed up in a concrete parking garage while rioters, egged on by Trump’s ridicule of his vice president, chanted “Hang Mike Pence” as they broke into the Capitol to disrupt Pence from overseeing the electoral vote count of the states.

There was also testimony about the pressure Trump put on Pence to not certify the electoral votes, even after Trump was told such a plan was not legal.

“Donald Trump wanted Mike Pence to do something no other vice president has ever done: the former president wanted Pence to reject the votes and either declare Trump the winner or send the votes back to the states to be counted again,” said Rep. Bennie Thompson, D-Miss, the panel’s chairman.

Committee member Pete Aguilar, D-Calif., said, “Vice President Pence did the right thing that day. He stayed true to his oath of him to protect and defend the Constitution. ”