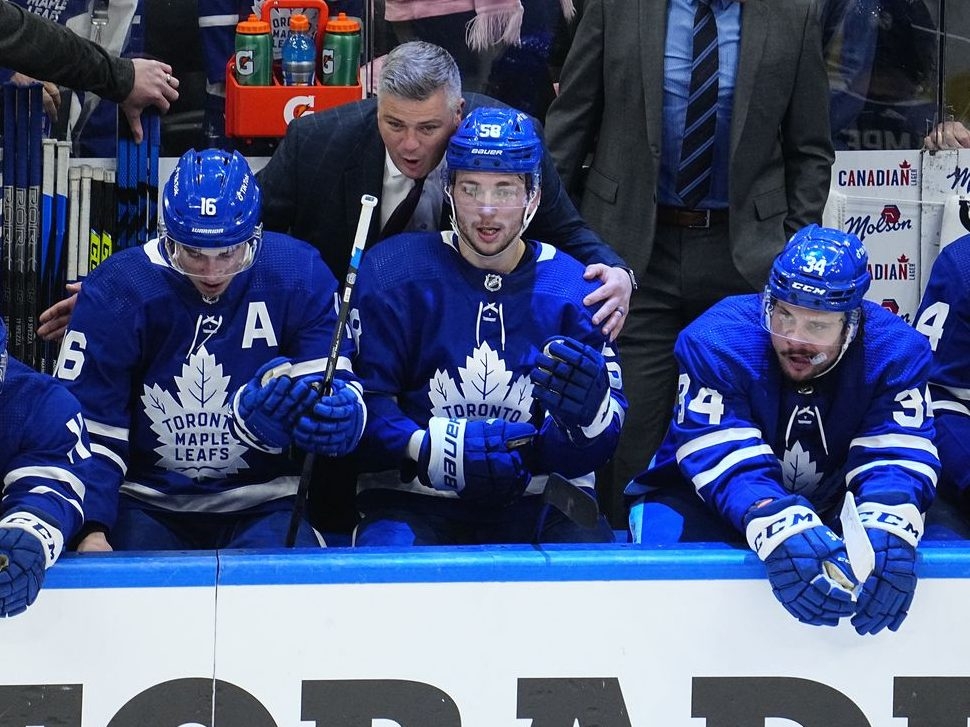 It was in the aftermath of Toronto’s Game 7 loss to Tampa Bay when Lightning head coach Jon Cooper cautioned against the idea that the Maple Leafs should make changes for the sake of change, telling reporters that he would be “first in line” if the team ever decided to blow up the core and part ways with their superstars.

When the Lightning got swept in the first round in 2019 after setting the NHL record for wins in a season, then-analyst Jeremy Roenick called it “one of the biggest letdowns in history,” while the Tampa Bay Times described it as “the disappointment that all others are measured against.”

Everyone wanted change. Heck, they expected it. Instead, the Lightning took a mostly measured approach to what turned out to be their most important — if not their most inconsequential — off-season.

Rather than touching their core, they traded JT Miller and his $5.2-million salary to Vancouver for cap space, let Anton Stralman and Adam Erne walk away as free agents, and said goodbye to Dan Girardi and Ryan Callahan, who both retired. In their place, Tampa Bay signed a backup goalie (Curtis McElhinney), a reclamation project (Kevin Shattenkirk) and some grit (Pat Maroon and Luke Schenn) for a combined total of $4.65-million.

In other words, at the end of the day, nothing had really changed.

The Lightning was still relying on its big-5 of Steven Stamkos, Nikita Kucherov, Victor Hedman, Brayden Point and Andrei Vasilevskiy to get them over the hump — though they did get some reinforcements at the 2019 trade deadline, by acquiring Blake Coleman, Barclay Goodrow and Zach Bogosian for the playoffs.

“It’s really hard to completely change your team in one year,” Cooper told Postmedia in 2020, when the Lightning won their first of back-to-back Stanley Cups. “We have a recipe we like with our group. We didn’t want to change that. We felt it wasn’t that the identity of the team had to change, but the responsibility of the players.”

Which brings us to the Maple Leafs and what has been accurately described as GM Kyle Dubas’ biggest off-season since being handed the reins.

After failing once again to advance past the first round, impatience is at an all-time high with Leafs fans, who are demanding a sacrificial lamb to answer for six straight years of spinning their wheels with no post-season success. But don’t expect much to happen this summer. If there was one thing that stuck out during Dubas’ season-ending news conference, it was that the Leafs plan on staying the course.

That doesn’t mean change isn’t coming. But there is a middle ground between blowing it all up and bringing everyone back. And once again, it’s Dubas’ job to try and find it.

We know that Auston Matthews, Mitch Marner, John Tavares and Morgan Rielly are not going anywhere.

But what about William Nylander? Do you risk taking away from Toronto’s offense by trading a player who is arguably underpaid for a top-pairing defenseman such as Arizona’s Jakob Chychrun? Or can you get similar results from trading someone lower in the lineup, such as Alex Kerfoot or Jake Muzzin?

Do you bring back both Jack Campbell and Ilya Mikheyev or just one? What about Jason Spezza and Mark Giordano? Can you buy out Wayne Simmonds? Can you send Petr Mrazek to whatever island that Joffrey Lupul and Stephane Robidas are living on?

It’s a delicate dance. Dubas needs to do something, needs to find new faces and fresh perspectives who won’t shoulder the weight of disappointment from the past six seasons. But at the same time, he doesn’t want to take away from what has made this team so successful in the regular season. Most importantly, he doesn’t want this team to take a step backwards.

This might be the first time where rearranging the deck chairs actually makes sense.

The Leafs can’t afford to do what Edmonton did when they traded Taylor Hall to New Jersey for stay-at-home defenseman Adam Larsson, only to regret it later. They don’t need to strip Tavares of his captaincy, like San Jose once did to Patrick Marleau. At this point, it doesn’t even look like Toronto will replace its head coach — much less Sheldon Keefe’s assistant coaches.

Maybe Toronto should take a page out of Tampa Bay’s playbook and rids themselves of Kerfoot, who is the same age as Miller was when he was jettisoned to Vancouver, and use the $3.5-million in cap relief to sign Campbell. Or maybe they let Campbell and Mikheyev both walk in free agency, say goodbye to both Spezza and Giordano, who are approaching the end of their careers, and try and find cheaper, younger variants of all three.

Whatever they do, expect them to wait until after the Stanley Cup is awarded before deciding on a plan.

There are eight teams remaining in the playoffs. Only three of them — Colorado, Edmonton and Tampa Bay — are built like the Leafs. That should give Dubas an idea of ​​what’s missing. Because right now, it’s still a mystery.

You can say the Leafs lack heart or a killer instinct, but what does that actually look like in a player? Is it a Zach Hyman-type who can play in the top-6 and get his hands dirty? Does Toronto need more depth? More size? More experience? More energy?

Whatever it is, it’s looking more and more likely that the Leafs will try to find it from within.