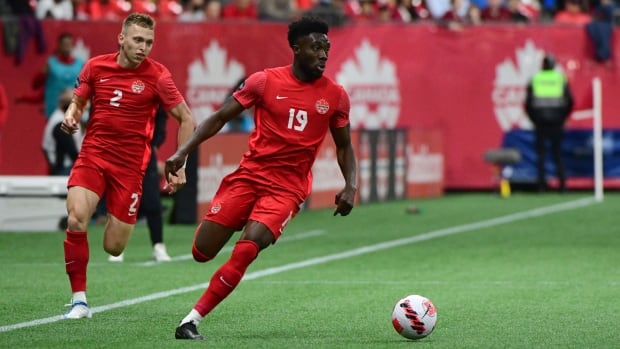 Vancouver’s BC Place and Toronto’s BMO Field will host games during the 2026 World Cup, FIFA announced on Thursday.

The tournament will take place across Canada, the US and Mexico. The other Canadian city in the running was Edmonton, which fell short in its bid to be named.

“We advocated fiercely, we had our provincial and federal government partners on board to provide funding, and most of all, we had the support of Edmontonians,” Edmonton Mayor Amarjeet Sohi wrote in a statement.

In addition to Toronto and Vancouver, 16 American regions and three Mexican sites were selected.

Montreal dropped out of Canada’s bid last August after the Quebec provincial government withdrew its support, citing cost overruns that would have been difficult to justify to taxpayers.

BC Place hosted nine games during the 2015 Women’s World Cup, including the final which drew more than 50,000 fans, and Toronto hosted the Pan American Games in 2019.

Both BC Place and BMO Field will require upgrades ahead of the 2026 World Cup, with Vancouver set to install a grass playing surface and Toronto expected to expand the stadium’s capacity to the FIFA minimum of 40,000.

Click on the video player above at 6:30 pm ET to watch FIFA officials discuss their selection of host cities.

CBC Sports’ Chris Jones breaks down the canceled Canada Soccer friendly against Iran and his criticisms of the lack of leadership exhibited by the organization.