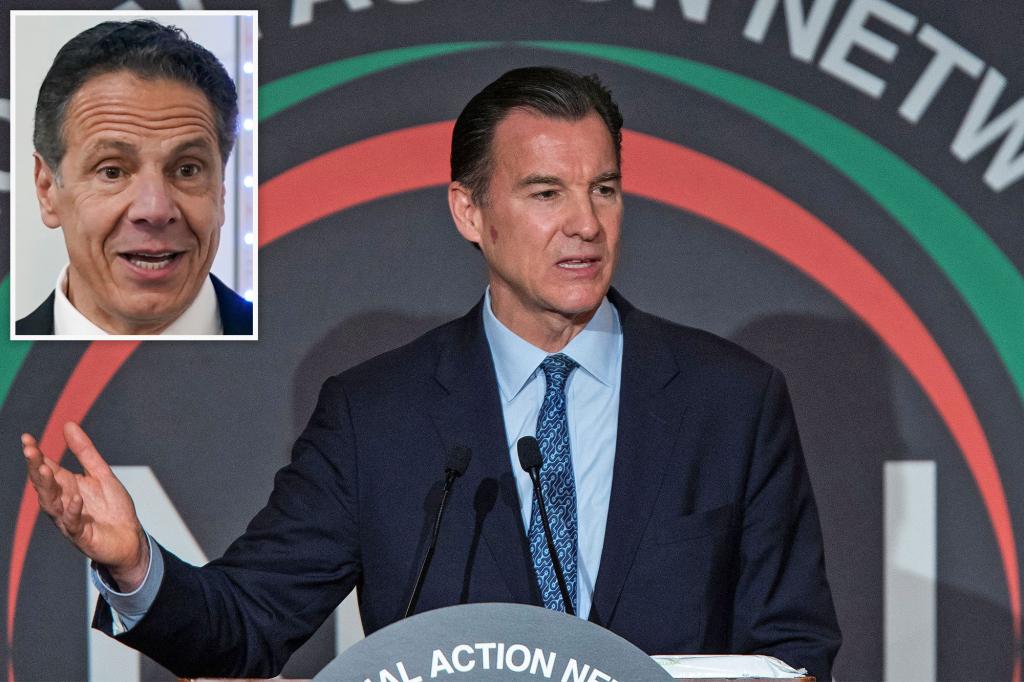 Rep. Tom Suozzi said he would welcome an endorsement from disgraced ex-Gov. Andrew Cuomo to his gubernatorial run with open arms during Thursday night’s debate.

“Yes, I would accept his endorsement. I think that he’s still very popular among a lot of people in New York State and while he has a lot of baggage, along with what he’s done, he’s accomplished a great deal in the state of New York,” said the Long Island congressman.

Cuomo resigned in disgrace last summer under threat of impeachment, after state Attorney General Letitia James released a bombshell report that determined he sexually harassed at least 11 women — including current and former staffers.

The ex-pol was investigated by the state Assembly, AG, FBI and US Attorney’s Office for his handling of the over 15,000 nursing home residents who died due to COVID-19 deaths as well as his alleged personal benefit after he wrote a pandemic-era Memoir “American Crisis.

Suzzoi, a moderate in the three-way primary race for governor, praised Cuomo’s handling of the pandemic previously, slamming Hochul’s

“No, I would not, because the people just don’t want us to look forward to these people to the state of New York as their governor,” she said of the man under whom she served for seven years.

Hard left candidate, city Public Advocate Jumaane Williams was also a no to Cuomo — but jabbed Hochul in his answer.

“I wouldn’t. And when I ran for lieutenant governor, I made it clear the damage that this governor was doing – and if we had a lieutenant governor at that time that did the same, it might not have gotten as bad as it did,” said Williams – referring to Hochul’s two-term tenure under Cuomo.