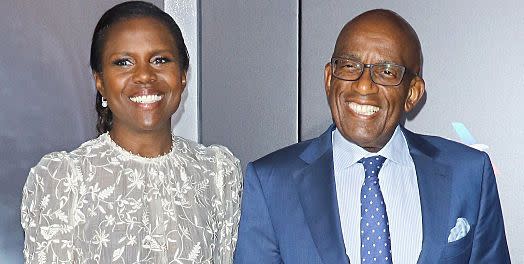 Al-Roker and his wife, Deborah Roberts, can’t believe their son, Nick, has grown up well.

More recently, the Today show weatherman and the ABC News correspondent celebrated the acceptance of their youngest child to college. Off camera however, Deborah seems to be feeling nostalgic after celebrating the exciting milestone. Stepping back in time, the broadcast reporter shared a rare photo of Nick that she holds close to her heart.

On January 6, Deborah posted a photo of herself and Nick on Instagram, followed by a more up-to-date photo of them together (you can see the post here). “How can this happen?” she captioned, “One day I’m looking down on it…and the next day I’m looking up. What a trip.”

After seeing the two heartwarming photos side by side, Deborah’s fans, who are also parents, immediately understood how she felt. Many showed their support with heart emojis and kind messages in the comments section.

“I remember that same feeling. Passes in a flash, doesn’t it? Nick is such a great young man! ❤️,” one person wrote. “Don’t make me wipe my eyes Deb. Life is amazing and goes too fast – enjoy your amazing Nick every day. He is such a blessing 😘😘,” added another. “The most beautiful trip in the world!” a follower commented.

Although Nick hasn’t revealed which school he’ll be attending in the fall — he went to two different schools — it’s clear that Deborah is enjoying every moment she’s had with him so far. And we bet Al does the same.

As fans may know, after Deborah and Al tied the knot in September 1995, the couple welcomed their daughter Leila Ruth in 1998. A few years later, Nick joined the family in July 2002. Their crew is complete with Al’s daughter Courtney from his first marriage.

Keep those throwback photos coming, because we can’t get enough of them!