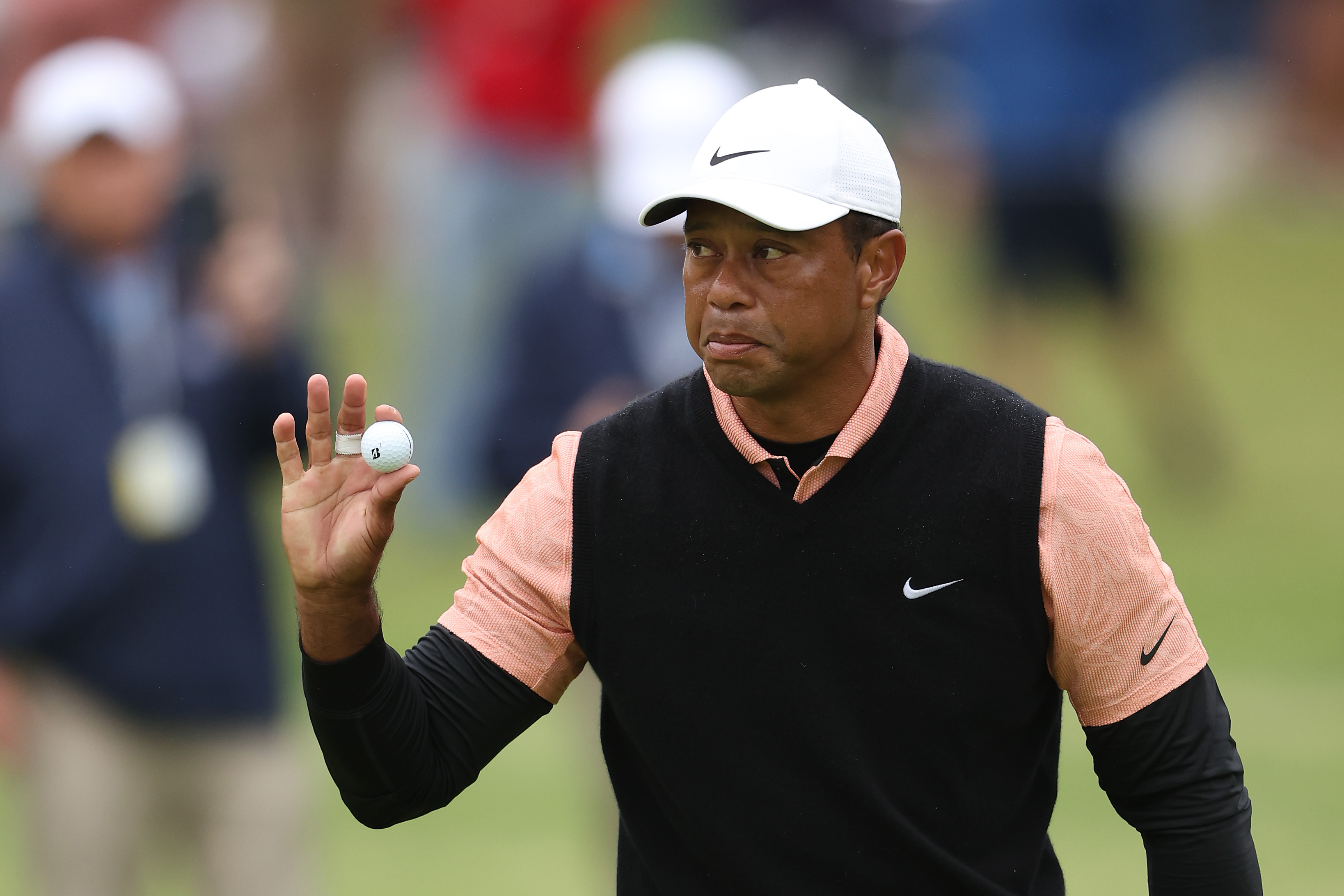 Tiger Woods has withdrawn from the 2022 PGA Championship on the eve of the tournament’s final round, the PGA announced Saturday night. This comes after the iconic golfer shot a 9-over par 79 Saturday afternoon, which was a career high.

Woods limped around in 58-degree weather on Saturday, which is unseasonably chilly at the Southern Hills Course in Tulsa, Oklahoma. He only spoke to one pool reporter after the opening round on Thursday, and he seemed physically drained while sweating through a TV interview following Friday’s second round.

When asked Saturday if he would play the final round on Sunday, Woods said it depended on how he felt.

Now, Woods has withdrawn from the first major tournament in his career.

Just last month at the Masters in Augusta, Georgia, Woods made it through all four rounds, getting perhaps the most thunderous applause on the 18th green that Sunday than any other golfer. Even more than eventual winner Scottie Scheffler.

That could have probably been one of the best moments of his life.

Woods broke multiple bones in his right leg almost 15 months ago during a car crash in California. Many feared that Woods didn’t survive the crash, which authorities determined was caused by driving at a high rate of speed. A seat belt saved his life, they said.

Woods fractured his fibula as well as both the upper and lower portions of his tibia. His ankle bones were damaged and the soft tissue and muscle around his bones had trauma. Reconstructive surgery involved screws, pins and rods to stabilize his leg. Combined with a nagging back injury through the years, it appeared his professional golfing career was over.

He returned to Augusta last month to play in the Masters, a tournament he’s won five previous times, including a memorable comeback for the 2019 title.

This was his first tournament in 17 months, which was the end of the 2020 season. Woods this week said he wouldn’t play unless he felt like he could win another green jacket. He teed off Thursday morning against the best golfers in the world, on one of the most demanding golf courses in the world.

Woods didn’t use a golf cart. He legged out the 7,475-yard course (a mile long) for four straight days on a bum leg. He winced each time he bent over to place the ball on the tee or to retrieve it from the hole.

After the Masters, Woods wouldn’t declare if he would play many more tournaments, including the PGA Championship. He has said he will play The Open Championship this July at St. Andrews in Scotland.

For now, Woods is just thankful to be back in a tournament.

“I don’t think words can really describe that given where I was a little over a year ago and what my prospects were at that time to end up here and be able to play in all four rounds,” he said in April. “Even a month ago, I didn’t know if I could pull this off. I think it was a positive, and I’ve got some work to do and looking forward to it.”