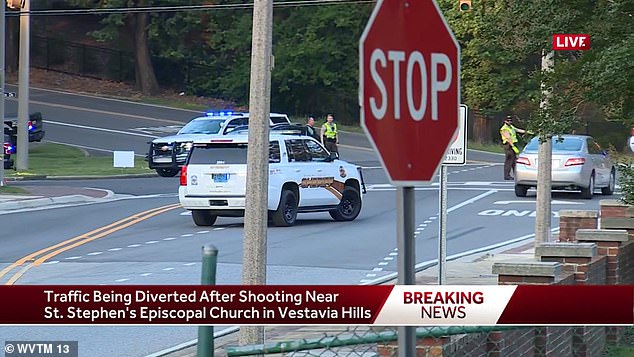 BREAKING NEWS: Three people are shot and ‘at least one is killed’ after shooter opens fire at a ‘Boomers Potluck’ party at Alabama Episcopalian church

By Harriet Alexander For Dailymail.com

Multiple people were shot on Thursday evening at a church in Alabama during a ‘Boomers’ Potluck’, police in Vestavia Hills have confirmed.

The gunman is in custody, the police said.

The church, St Stephen’s Episcopal in a suburb of Birmingham, was hosting a 5-7pm ‘Boomers Potluck’.

‘The VHPD confirms multiple people were shot. The suspect is in custody.’

Police in Vestavia Hills, six miles from downtown Birmingham, Alabama, confirmed that ‘multiple people’ were shot in a church on Thursday evening

The ‘Boomers Potluck’ was advertised on the church website 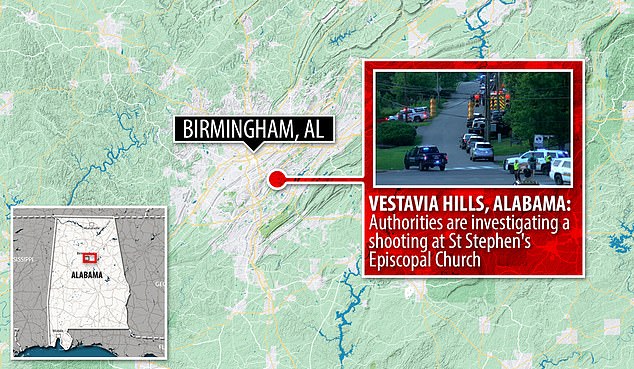 Rev. Kelley Hudlow with the Episcopal Diocese of Alabama said they did not know how many people were inside the building at the time.

‘There were folks at church. There has been a shooting, and there are people who have been injured,’ she said.

‘We are working to get more information, to take care of the people who were there…

‘We are praying for healing and safety for all of those who have been impacted and affected.

‘We are praying for everyone involved and we are trying to get as much information about what happened as we can get.’

Hudlow said it was ‘a scary thing’.

She urged the community to ‘do what this community is really good at – and that’s coming together, through prayers and thoughts and anything else.’