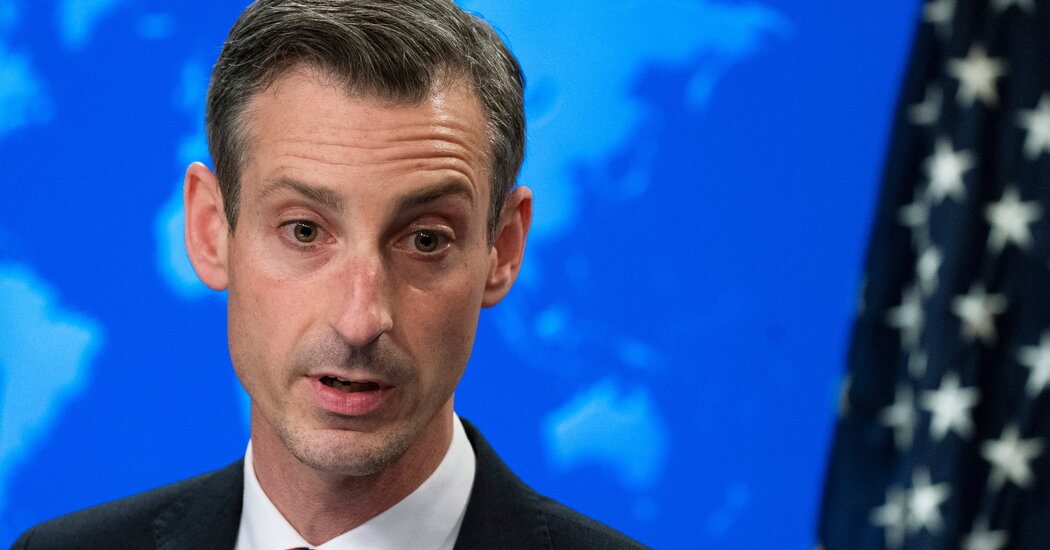 A third American who traveled to Ukraine to fight Russia’s invasion may be missing in action, the State Department said on Thursday, a day after the families of two US veterans fighting in Ukraine said the two men had disappeared together as their platoon came under fire earlier this month.

The possible third missing individual was identified in recent weeks, a State Department spokesman, Ned Price, said in a briefing. “Unfortunately we don’t know the full details of that case,” he added.

The families of the two American veterans identified them on Wednesday as Alex Drueke and Andy Tai Ngoc Huynh, and expressed fears that they may have been captured by Russian forces.

As of Thursday afternoon, the United States had not been in contact with Russia about the two men, Mr. Price said, confirming earlier comments from a Russian Foreign Ministry spokeswoman that were reported by Russian state news.

“If we had credible reason to believe that these individuals were in Russian custody, we would pursue it,” he added, saying that State Department officials would reach out to Russia if they felt it would “be productive.”

The United States has discussed the issue with British partners and the International Committee of the Red Cross, Mr. Price said.

The disappearance of volunteer fighters has underscored the potential peril facing thousands of people from across the world who have traveled to Ukraine to take up arms on behalf of Kyiv. The risk for foreign fighters was called into sharp relief last week after two Britons and a Moroccan man were convicted of being mercenaries and terrorists seeking to overthrow the government of the Donetsk People’s Republic, and sentenced to death by a court in Russia-occupied eastern Ukraine .

International human rights experts and British officials say the men are entitled to be treated as prisoners of war since they were part of Ukraine’s armed forces and are thus protected under the Geneva Conventions. But Maria Zakharova, the Russian foreign ministry spokeswoman, claimed on Friday that the Britons sentenced to death were not defined as combatants under international law and, as such, were not entitled to prisoner of war status.

If captured, Mr. Drueke, Mr. Huynh and the third individual possibly missing would be the first Americans known to have become prisoners of war during the conflict.

The State Department emphasized on Thursday that Russia must treat anyone captured from the Ukrainian armed forces, including foreign volunteers, as prisoners of war who should be afforded the full protections of the Geneva Conventions.

Asked about the three men sentenced to death last week, Mr. Price reiterated the United States’ position that “anyone who is fighting with Ukraine’s prisoners armed forces should be treated as a prisoner of war,” regardless of whether Moscow considers them of war.