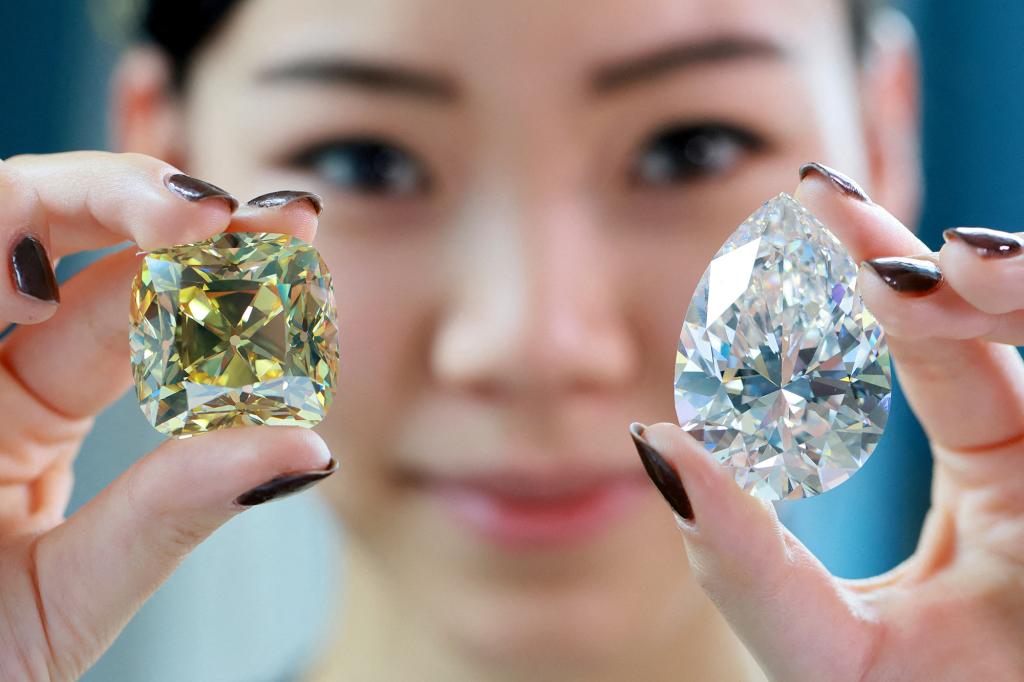 GENEVA — The largest white diamond ever auctioned will go under the hammer in Geneva next week, part of a sale by Christie’s that features two stones weighing more than 200 carats each.

“The Rock,” a 228.31 carat pear-shaped stone roughly the size of a golf ball, is expected to sell for up to $30 million, the auctioneer said.

“Often with these largest stones, they sacrifice some of the shape in order to keep the weight,” Max Fawcett, the head of Christie’s jewelry department in Geneva, told Reuters.

“This is a perfectly symmetrical pear-shape form and… one of the rarest gems ever to be sold at auction.”

Diamond prices have been buoyed by sanctions on major producer Russia as well as the return of VIP events as pandemic restrictions unwind.

Mined in South Africa, “The Rock” was worn by its former owner as a Cartier necklace. The previous auction record for a white diamond was a 163.41-carat gem sold in 2017.

Christie’s is also selling a 205.07-carat yellow, cushion-shaped stoned named “The Red Cross Diamond” since an unspecified portion of the auction proceeds will go to the Geneva-based International Committee of the Red Cross (ICRC).

The gem, which has Maltese cross faceted at its base, was first sold by Christie’s in 1918 at a London auction where residents sold precious household items to help the war effort. Those proceeds, 10,000 pounds (now $12,350), helped the British Red Cross Society.

An ICRC spokesperson said that this time, a portion of the proceeds from the sale would go to bringing clean water to people affected by conflict.