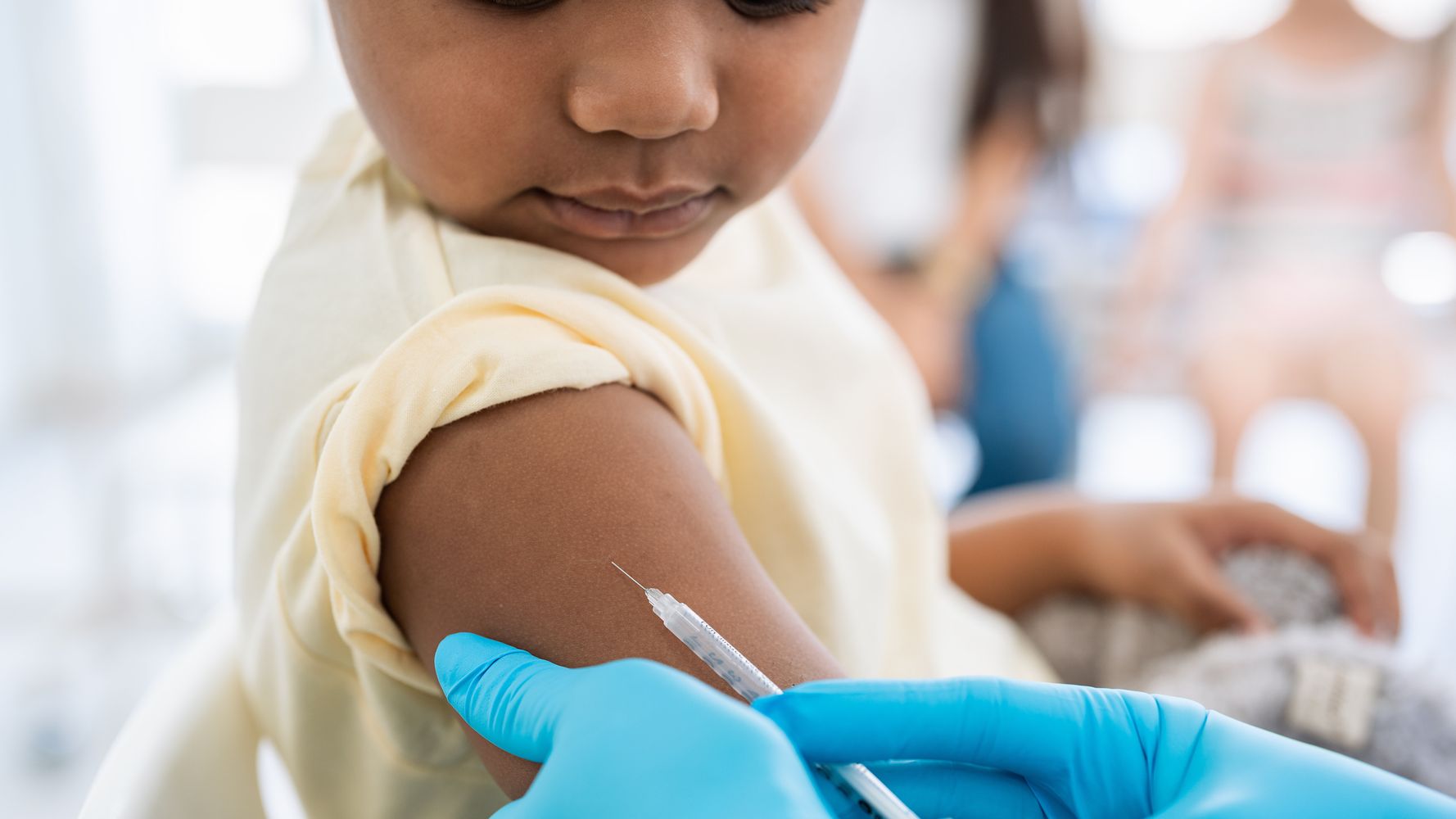 COVID vaccines for kids under 5 are finally looking like a reality, after the FDA met this week and recommended authorizing the Moderna and Pfizer-BioNTech vaccinations for COVID for kids age 6 months to 5 years.

“Our expectation is that within weeks, every parent who wants their child to get vaccinated will be able to get an appointment,” Ashish Jha, the White House COVID-19 response coordinator, told reporters during a recent press briefing.

The Pfizer vaccine for children age 6 months to 4 years old is given in three doses: Each one is three micrograms, which is one-tenth of the dose for adults. The first two doses are spaced out three weeks apart and the third one is given at least two months after the second.

The Moderna vaccine for children 6 months to 5 years old consists of two doses given four weeks apart. Each one is 25 micrograms, or one-quarter of the adult version.

A Kaiser Family Foundation survey from May found that about a fifth (18%) of parents with children under 5 said they intend to get their child vaccinated “right away” once the FDA authorizes the shots’ use. Meanwhile, another 38% say they would want to “wait and see” how it works for others in the age group before getting their child vaccinated.

Earlier this week, we answered some of the most pressing questions parents of kids under 5 may have about the vaccine. Top of mind for many parents and researchers are the side effects that may accompany the vaccine.

Side effects, including fever and fatigue, were generally minor in both vaccines and less common than seen in adults, according to FDA reviewers.

“The side effects were definitely a discussion point during the FDA meeting yesterday,” said Krupa Playforth, a pediatrician in Alexandria, Virginia, who reviewed the FDA data.

“Both vaccines are actually generally well-tolerated, and the side effect spectrum is fairly similar to other age groups,” she said. “The Pfizer vaccine contains a smaller amount of antigen, and this plays out in the side effects that were reported: There were fewer overall side effects for that vaccine.”

So what are the known side effects? Below, Playforth and other pediatricians who reviewed the FDA’s data ― and one doctor who was involved in the Pfizer clinical studies for children under 5 ― explain what to expect and how to alleviate any symptoms your child may experience after getting the vaccines.

For 6-to-23-month-year olds, irritability and drowsiness were most common, according to Patricia DeLaMora, a pediatric infectious disease specialist for Boston Children’s Health Physicians.

Side effects like irritability and drowsiness are common following most vaccines, though, said James Friedmana pediatrician at Children’s Primary Care Medical Group.

“Parents may notice their child wanting to sleep more, acting more cranky and clingy, or eating less,” she told HuffPost. “These symptoms will most likely only last a day.”

For 2-5 year olds, pain at the injection site was commonly reported, followed by fatigue.

But the pain is generally mild and children often don’t complain about it unless asked, according to Janet Englund, a professor of pediatrics at Seattle Children’s Hospital and University of Washington who was involved in the Pfizer clinical studies in young children this past year.

“For reaction site pain or swelling, it’s often best to cover it with a long-sleeve shirt so they don’t have to see it,” she said. “Give Tylenol if pain is interfering with daily activities but in general, distraction alone works well.”

One thing to note: It’s not recommended that you give your child any over-the-counter pain medicine before the shot. It’s fine to give your child some after the vaccine to help with any mild reactions.

“After the vaccine, acetaminophen is thought to be safe to control discomfort caused by fever, pain at injection site,” said DeLaMora.

If you have any questions, talk to the vaccine provider or your child’s doctor.

Most fevers occurred within two days of vaccination and resolved within a day or two, Playforth said.

“Both fever and local reactions were more common for Moderna than for Pfizer, but these also resolved quickly,” she said. “One child in the Moderna trial had a febrile seizure – a convulsion in a child that’s caused by a fever – after the first dose, but received a second dose without any incident.”

Again, many of the side effects that children may experience after COVID vaccines (such as fever and pain at the injection site) can be managed with ibuprofen (Motrin) or acetaminophen (Tylenol), which can reduce pain and fever,

“Be sure to check with your child’s pediatrician if you do not know the appropriate doses for your child,” said Elizabeth Lloyd, MD, a pediatric infectious diseases specialist at University of Michigan Health CS Mott Children’s Hospital. “Aspirin is not generally recommended for use in children. But once the fever has resolved, many children will feel less irritable.”

Make sure your child stays hydrated, too, Playforth said.

Fatigue was another side effect for children under 5, according to the FDA, though it was much less severe and lasted a shorter time than the fatigue reported by adults, Englund said.

“Nearly all cases it lasted less than 24 hours,” the doctor said. “These side effects are similar or even less than those seen with other childhood vaccines. In children, having fatigue means they may take a longer nap or go to bed earlier.”

Parents may want to plan accordingly when getting their kids vaccinated by making sure they have free time to rest on the day of and the day following their vaccine, Friedman said.

“The big picture here is that even if there are local or systemic side effects, they are largely self-limited and resolve within a few days,” Playforth said. “In terms of helping your child through them, focus on comfort and hydration, as with all illnesses.”

Experts are still learning about COVID-19. The information in this story is what was known or available as of publication, but guidance can change as scientists discover more about the virus. Please check the Centers for Disease Control and Prevention for the most updated recommendations.