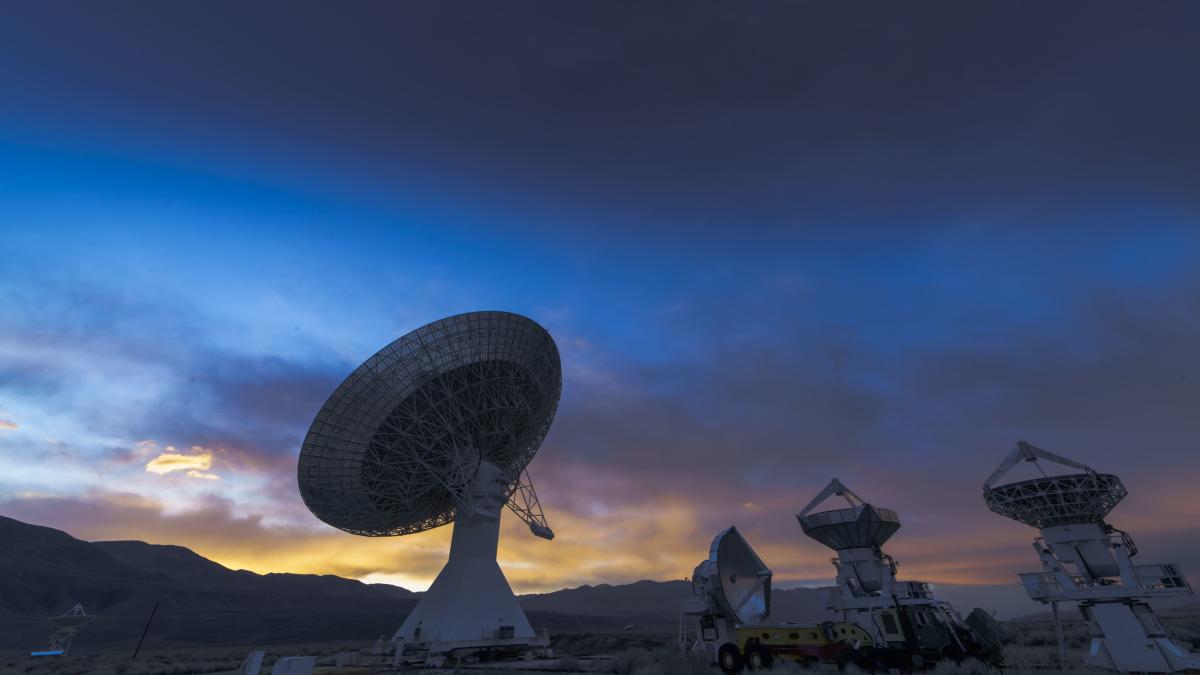 If the efforts of the more than 10,000 people who developed and assembled the James Webb Space Telescope are any indication, the era of the independent scientist is well and truly over. Newton, Galileo, Keppler and Copernicus all fundamentally altered humanity’s understanding of our place in the universe, and did so on their own, but with the formalization and professionalization of the field in the Victorian era, these occurrences of an amateur astronomer using homebrew gear all the more rare.

In his new book, The invisible world: why there is more to reality than meets the eye, public astronomer from the University of Cambridge, Matthew Bothwell tells how we have discovered an entire universe, previously invisible, beyond the natural sight of humanity. In the excerpt below, Bothwell recounts the exploits of Grote Reber, one of the world’s first (and for a time, only) radio astronomer.

Excerpt with permission excerpt from The Invisible Universe by Matthew Bothwell (one world 2021).

The only radio astronomer in the world

It’s a bit strange how the astronomical world reacted to Jansky’s results. With hindsight, we realize that astronomy was about to be turned upside down by a revolution at least as important as that triggered by Galileo’s telescope. The detection of radio waves from space marks the first time in history that humanity has glimpsed the vast unseen universe, hiding beyond the narrow window of the visible spectrum. This was a momentous occasion that was virtually ignored in academic astronomy circles for a very simple reason: the world of radio engineering was simply too far removed from the world of astronomy. When Jansky published his first results, he attempted to bridge the gap, devoting half the article to giving his readers a crash course in astronomy (explaining how to measure the location of things in the sky, and exactly why a repeating signal every twenty-three hours and fifty-six minutes meant something interesting). But, ultimately, the two disciplines suffered from a lack of communication. Engineers spoke a language of vacuum tubes, amplifiers and antenna voltages: incomprehensible to scientists more accustomed to talking about stars, galaxies and planets. As Princeton astronomer Melvin Skellett later said:

The astronomers said ‘That’s interesting – you mean there’s radio stuff coming from the stars?’ I said, “Well, that’s what it looks like.” ‘Very interesting.’ And that’s all they had to say about it. All they had to believe from Bell Labs, but they saw no use in it or reason to investigate further. It was so far removed from their conception of astronomy that there wasn’t much point.

After Jansky moved on to other issues, only one person became interested in listening to radio waves from space. For about a decade, from the mid-1930s to the mid-1940s, Grote Reber was the world’s only radio astronomer.

Grote Reber’s story is unique in all of 20th century science. He single-handedly developed an entire field of science, taking charge of building equipment, conducting observations, and exploring the theory behind his discoveries. What makes him unique is that he did all of this as a complete amateur, working alone outside of the scientific establishment. His job, designing electrical equipment for radio broadcasts, had given him the skills to build his telescope. His fascination with scientific literature brought him into contact with Jansky’s discovery of cosmic statics, and when it became clear that no one else in the world seemed to care much, he took it upon himself to invent the field of radio astronomy. He built his telescope in his backyard in Chicago using equipment and materials available to everyone. His telescope, nearly ten meters in diameter, was the talk of the town (for good reason – it looks a bit like a cartoon doomsday device). Her mother used it to dry her clothes.

He spent years scanning the sky with his homemade machine. He observed with his telescope all night, every night, while working his day job (apparently he would have snatched a few hours of sleep in the evening after work, and again at dawn after finishing at the telescope). When he realized he didn’t know enough physics and astronomy to understand what he was seeing, he took classes at the local university. Over the years, his observations have painted a beautiful picture of the sky as seen with the eyes of the radio. It detected the sweep of our Milky Way, with bright spots at the galactic center (where Jansky had captured his star-static), and back to the constellations Cygnus and Cassiopeia. By this time he had learned enough physics to make scientific contributions as well. He knew that if the Milky Way’s hiss was caused by thermal emission – thermal radiation from stars or hot gases – then it would be louder at shorter wavelengths. Since Reber picked up much shorter wavelengths than Jansky (60 cm, compared to Jansky’s fifteen-meter waves), Reber should have been bombarded with invisible radio waves tens of thousands of times more powerful than any what Jansky saw. But he was not. Reber was confident enough in his equipment to conclude that anything producing these radio waves had to be ‘non-thermal’ – that is, it was something different from standard ‘hot object’ radiation. which we talked about in Chapter 2. He even offered the (correct!) solution: that hot interstellar electrons whizzing past an ion – a positively charged atom – will be thrown around like a Formula 1 car taking a sharp turn. The corner electron will emit a radio wave, and the combined effect of billions of these events is what Reber was detecting from his backyard. This only happens in hot gas clouds. It turns out that Reber was picking up radio waves emitted by clouds containing newborn stars scattered throughout our Galaxy. He listened, literally, to the birth of stars. It was a sound no human had ever heard before. To this day, radio observations are used to trace the formation of stars, from tiny clouds in our own Milky Way to the birth of galaxies in the farthest corners of the Universe.

In many ways, Reber’s story feels like an anachronism. The golden age of independent scientists, able to make groundbreaking discoveries working on their own with homemade equipment, goes back hundreds of years. With the passage of the Victorian era, science became a complex, expensive and above all professional activity. Grote Reber is, as far as I know, the last of the “foreign” amateur scientists; the last person who had no scientific training, built his own equipment in his garden, and by painstaking and painstaking work managed to change the scientific world.