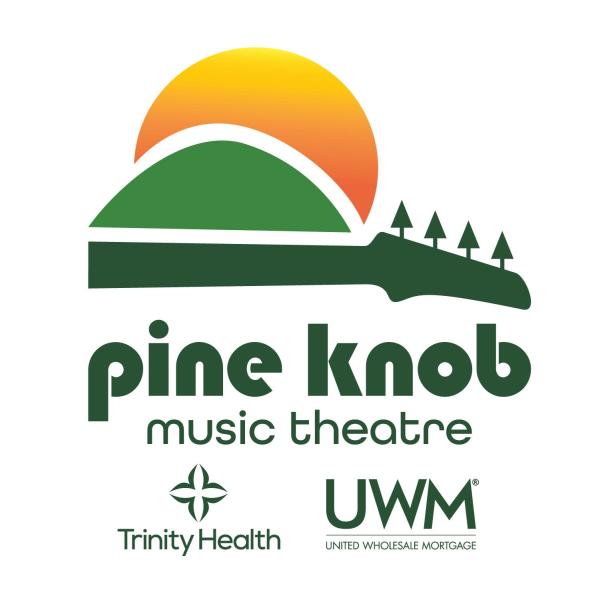 Since 2001, the name Pine Knob had survived only in the spirit of the venue renamed DTE Energy Music Theater, evoking the old summer charm of loud, festive concert nights north of Detroit.

Now that classic name returns to the marquee: Pine Knob Music Theater is once again the official designation for Clarkston’s beloved amphitheater, which consistently ranks among the top-grossing in the country.

Pine Knob’s name change was revealed Friday morning by venue operator 313 Presents, following the expiration of DTE Energy’s 20-year naming deal at the end of December. New partners United Wholesale Mortgage (UWM) and Trinity Health were also announced as part of a multi-year deal that will keep “Pine Knob” intact for some time to come.

The company also unveiled a logo reminiscent of the original Pine Knob – including the vintage 1970s-style font – with a new twist on its woodsy summer theme.

Following: Return of the Pine Knob Name: Vintage Photos of the Venue Formerly Known as the DTE Energy Music Theater

The revival of the Pine Knob name, as the amphitheater embarks on a 50th anniversary celebration, will be music to the ears of Michigan music fans, many of whom have continued to use the old moniker years after the change.

For viewers who came of age in the 70s, 80s and 90s, it could also serve as a nostalgic solace after nearly two years of pandemic-induced upheaval in the live music world.

Related: Bob Seger and Pine Knob Through the Decades: A Dive into the Detroit Free Press Archives

Following: Bob Seger wraps up the DTE booth as he plays his last show at the old Pine Knob

The affection for the old name ran deep, becoming a token of authenticity for performers and audiences alike: one of the easiest lines of applause for a visiting performer was a “Hello, Pine Knob!” from the scene, while clothing manufacturers found a cottage industry with shirts and other items emblazoned with the slogan “I Still Call it Pine Knob”.

The resurrection of a classic name marks a rare reversal in the modern world of entertainment and sports, where corporate naming sponsorships have become a multi-billion dollar business and a key revenue stream. Only a handful of top music venues have bucked the trend to change names, including New York’s Madison Square Garden, Los Angeles’ Hollywood Bowl and Colorado’s Red Rocks Amphitheater.

And now Pine Knob, one of America’s oldest and most successful amphitheaters, built explicitly for popular music, will join that list of venerable names.

313 Presents claims Pine Knob’s name change as a nod to the past and a new vision for the future. The company is a joint venture between Ilitch Entertainment Operations and Tom Gores, also overseeing shows at Little Caesars Arena, the Fox Theater and several other venues. The amphitheater was acquired by Gores in 2011 when he bought the Detroit Pistons, the Palace of Auburn Hills and related interests from the Davidson family.

“This is an important step. This is perfect for the 50th birthday. The summer music season is a ritual for people in our part of the world,” said Howard Handler, president of 313 Presents. “That’s where you spend a lot of lovely summer nights. We’re really excited for Season 22 and the future of it all.

The journey to restore the Pine Knob name began in 2020, when “we realized the potential to reinvent the partnership model,” Handler said.

Handler, a metro Detroit native who left for executive marketing work with the NFL, Madison Square Garden and Major League Soccer, returned to Michigan in late 2019 to take the 313 reins. He said he was struck by the enduring resonance of the Pine Knob name nearly two decades after its retirement.

“We realized that DTE was unlikely to return (as a naming sponsor), that their priorities had changed, and that we were able to have different conversations,” Handler said, citing interviews with UWM. and Trinity Health. “We told them our basic idea – ‘hey, we’re thinking about bringing the original name back’ – and they were both really, really excited. They thought it was the smartest thing and they wanted to participate. .

It involved what Handler called “an intensive rebranding process,” including research that revealed young audiences were familiar with the Pine Knob name. 313 Presents officials also interviewed hundreds of guests, vendors and performers.

Trojan firm Simons-Michelson-Zieve was commissioned to design the new logo, tasked with harnessing Pine Knob’s emotional connection to the region while giving the emblem a modern edge.

“We’ve landed on the clear favorite that hits the right buttons in terms of music, summer, fun and the outdoors. We put it through the wringer,” Handler said. “We hope it strikes the right balance between nostalgia and rich memories, while being a contemporary take on the scenic landscape that symbolizes Michigan’s premier summer concert destination.” It’s vintage, but it’s also looking to the future and being a 21st century brand.

Pine Knob’s rechristening is part of an anniversary season that will officially mark 50 years on June 25 – the date in 1972 when David Cassidy opened the venue with an afternoon concert. The Clarkston Amphitheater, opened by Joe Locricchio and Gary Francell and operated by the Nederlander family, became a summertime hotspot for touring bands and local artists such as Bob Seger, who eventually played 33 dates there .

The venue acquired by Bill Davidson from the Nederlanders in 1990.

As summer amphitheaters – “sheds” in industry parlance – increasingly became the backbone of touring, Pine Knob soared. By the 1990s, it consistently ranked number one among North American amphitheatres, sometimes attracting close to a million spectators each year.

The venue retook that throne in 2019, the last full year of shows before the pandemic, leading the country with 598,617 attendances, based on data compiled by trade magazine Pollstar.

DTE Energy purchased the naming rights to Pine Knob prior to the 2001 season under an initial 10-year contract valued at $1 million per year. This followed the merger of Detroit Edison and Michigan Consolidated Gas, as DTE became the public name of the company. The utility embarked on an extensive branding campaign across the region, placing its logo in the center ice of Joe Louis Arena and behind the center field of Comerica Park.

DTE renewed the amphitheater contract in 2010 with another 10-year contract, although new terms were not disclosed.

DTE Energy said in a statement Friday that it purchased the naming rights in 2001 “to solidify the company’s name with consumers in its service territory.”

“Having achieved our goal, we have made the decision to let the contract expire and return these dollars to DTE operations,” the statement said.

The 2022 anniversary season is shaping up to be one of Pine Knob’s busiest in many years, said Dave Clark, president of Live Nation’s Michigan Division. Live Nation books and promotes most of the program in Clarkston.

This summer’s schedule already includes a host of shows originally scheduled for 2020 and 2021 but postponed amid waves of COVID-19 cases, and the coming weeks will bring a barrage of new show announcements, including the mainstays of Pine Knob and the headliners for the first time, Clark said.

Clark celebrated the revival of the Pine Knob name as a move that will appeal to older music fans while serving as a dose of “retro cool” for younger patrons.

“This venue has proven to be the glue that binds artists and fans together,” Clark said.