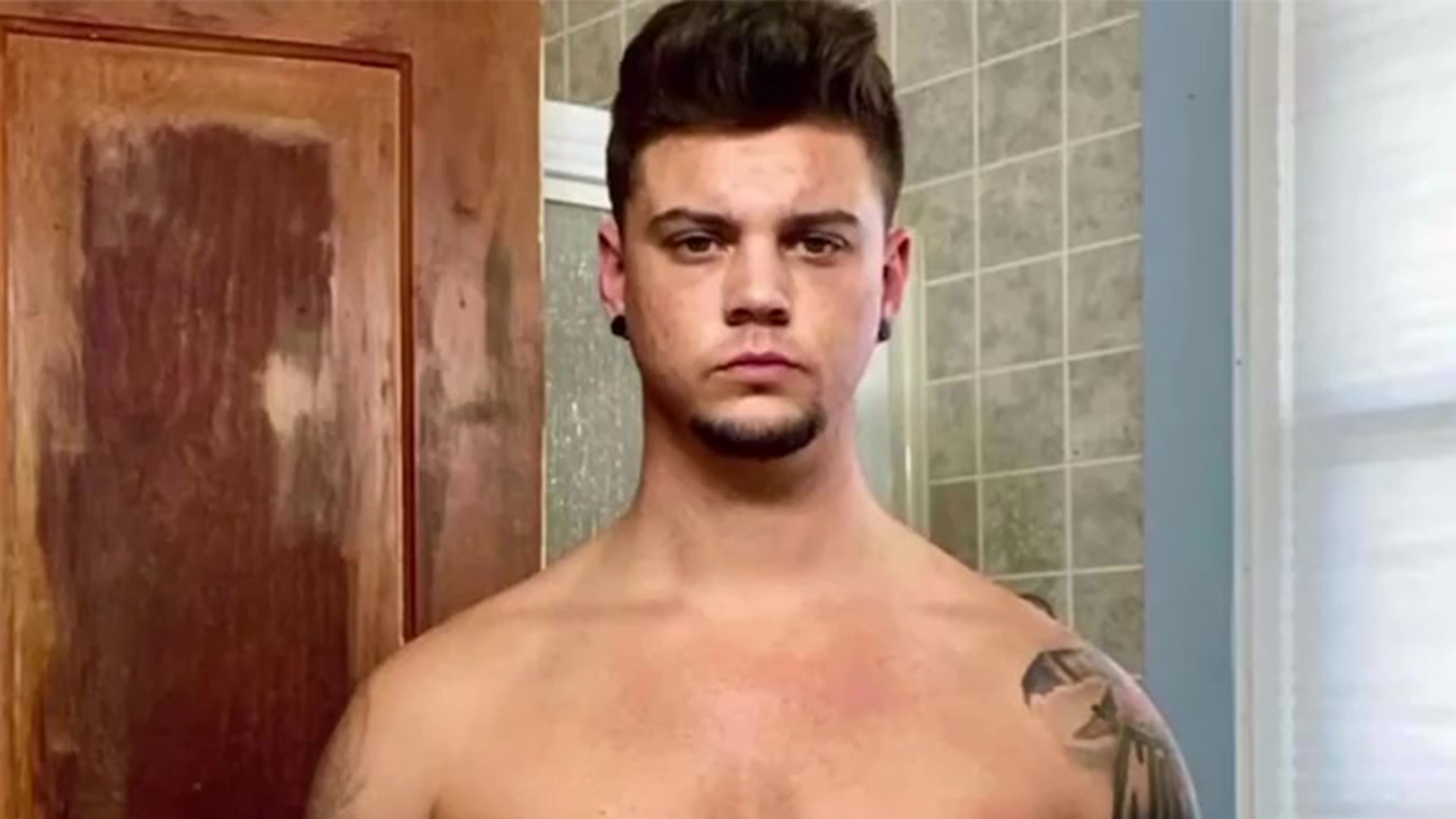 TEEN Mom star Tyler Baltierra stripped down, ditching the t-shirt to show off his toned arms and chiseled abs in a before and after clip.

The MTV star has been open with fans about his quest to change his body, documenting it on social media.

On Thursday, Tyler took to Instagram to show his progress in a video posted to his Instagram.

The clip featured a photo of the MTV dad back in March as well as another snapped this week.

In the first photo, he looks fit but has a bit more body mass.

In his caption, Tyler opens up about his body image struggles and more.

“My whole life I hated my-ectomorph body. I’ve always been known as ‘the scrawny dude’ & I could never gain weight,” he wrote.

The Teen Mom OG star continued: “I wouldn’t even take my shirt off because I always thought I looked sickly skinny & I hated my bony chest so much that I used to swim with my shirt on lol

“So I may not be where I want to be yet (still got a lot more work to do) but I’m just trying to soak in all the little victories I notice on the way.”

The Michigan native added: “I can’t wait for my next bulk cycle to see how much more gains I can get, because I’m just getting started baby! LET’S GO!”

Fans were supportive in the comments.

“Proud of you my friend,” one wrote.

“Great job! You caught the fitness bug for sure!!” someone else added.

A fourth fan commented: “Damn. Keep up the good work!!!”

His rock-hard abs aren’t the only aspect of his appearance fans are buzzing about.

Recently, fans dug up a throwback photo of Tyler, drawing comparisons between him and his seven-year-old daughter.

In the vintage pic posted to Reddit, Tyler is only a young teen and sporting a white baseball cap.

Users rushed to the comments to point out how much the duo looked alike.

“I can really see Nova in Tyler’s young pics,” wrote one fan.

Another added: “[sic] That first one, oh my gosh his daughters are his spitting image.”

The throwback photo comes after fans thought their youngest daughter, Rya, was a twin of Catelynn.

The proud parents have been sharing photos and videos of their youngest since her birth last year.

Catelynn posted a video to her Instagram of Rya, as she sits on the floor and plays with toys.

Rya looked up at the camera at her words and had her hands in her mouth.

“Are you so big? Sitting up all by yourself,” Catelynn continued.

The mother-of-four clicked at her and the baby looked up, smiling.

As Rya stuck the toy in her mouth, The Teen Mom star said, “You’re so sweet.”

While fans gushed over how adorable the 9-month-old is, they couldn’t get over how much she looked like her mom.

“She is a mini Catelyn,” one fan commented.

Catelynn and Tyler have four children together and they all seem to get along really well.

They share Novalee, Rya, Vaeda, and Carly, whom they placed up for adoption when they were still in high school.

She has given fans to peek into her fun summer with her daughters.

Most recently, Catelynn shared an adorable video of Rya playing in the pool with her big sister Nova – as the family enjoys summer in Michigan.

In the clip, the baby sported a white tank top with flower detail complete with a yellow bow as she sat in a chair in the backyard.

The little girl held a seashell toy in her hands while her mom asked: “You like it outside?”

Rya then gave the camera a big smile as Nova jumped in the shot with wet hair and wrapped in a towel.

She gave her baby sister two big kisses as the two giggled and the infant excitedly waved her seashell in the air.

The adorable content the couple shared of their youngest daughter came before Catelynn revealed that her husband are done having children after they teased him getting a vasectomy.

Fans were sad after hearing the news because they were hopeful the couple would have a boy one day.