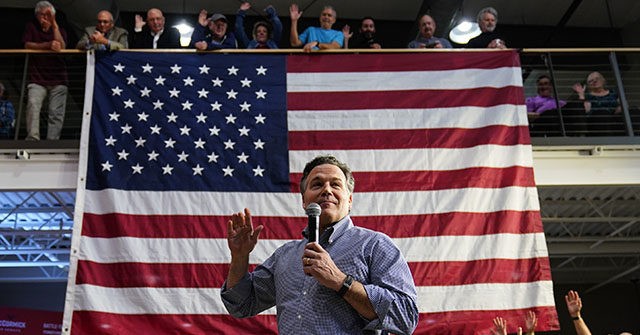 Republican operative David Urban anticipates businessman David McCormick will pull ahead of Dr. Mehmet Oz in the coming days in the Pennsylvania GOP Senate primary, and that McCormick would survive the likely recount.

Urban, who has spent more than 20 years in Pennsylvania politics and is working for McCormick, discussed his expectations during an interview on SiriusXM’s Breitbart News Saturday.

“I would say… when all of these ballots that were cast are counted, McCormick will be ahead, as we head into the recount, when they’re all counted,” Urban said. “Now, again, that’s going to be a couple days here, but they’ll be done this coming week is my suspicion.”

Urban spoke as up to thousands of mail-in ballots appear to remain uncounted from Tuesday’s marquee race, and as Oz holds a lead of 1,078 votes out of more than 1.3 million cast as of Saturday.

Where things stand now:
*Still waiting on the remaining 10 precincts from Allegheny – should be a small (maybe ~500) batch.
* Roughly 8,000 mail ballots scattered across the state
* Perhaps 200-300 overseas/military ballots #
* Up to 2,000 provisional – and likely fewer https://t.co/DgwwZCShXs

McCormick had outperformed Oz by roughly nine percent on mail-in ballots, one of the multiple factors that led a senior official with the McCormick campaign to declare on a press call Thursday that the campaign was “quite confident” McCormick would emerge as the winner of the race.

Urban said of the forthcoming results, “It’s not going to be 1,000 votes. It may be 200 votes, but we’ll be in the positive territory here in a few days is my suspicion once we get these— it could be Tuesday when we’re ahead, you know, or Oz may be ahead by 50, but it is going to be closed. It’s going to be that close.”

Urban spoke on Saturday about his expectations for a recount, which is triggered if the results come within a 0.5 percent margin and no campaign has conceded. The recount would have to be completed by June 7, per state law, and a winner would likely be declared by the following day.

Urban said he met with lawyers well-versed in recounts on Friday who informed him that “there could be a swing of several hundred votes, up to a thousand votes.”

“It’s not usually— you’re not producing 10,000 votes one way or the other. … Hundreds of votes are picked up or lost on these recounts. And so, because this race is so close, that recount is going to matter because it’s going to be material. You’re going to be down here where Oz may be up or Dave McCormick may be up by 100 or 200 votes, and the recount is going to strike or add a few hundred votes, and then you’re going to have a conclusion, and at the end of the day, I remain confident that Dave McCormick will end up on top and be the next US senator for Pennsylvania, not just the Republican nominee, but the next US senator.” Republican Senate candidate Dave McCormick and his wife, Dina Powell, greet supporters as they arrive for his returns watch party at the Pennsylvania primary, Tuesday, May 17, 2022, in Pittsburgh. (AP Photo/Keith Srakocic)

The Associated Press declared on Friday that the primary was too close to call regardless of the remaining ballots that trickle in and that the outlet would not declare a winner until after the expected recount.

It noted that between the two campaigns, hundreds of lawyers have been dispatched across the state as every last ballot becomes critical and as a recount looms.

Controversy about ballot counting was minimal until Friday, when a court determined that mail-in ballots that came in undated envelopes should be counted for a case about Lehigh County’s 2020 election ballots.

McCormick’s campaign quickly argued this decision should take effect immediately and impact the Senate primary contest, while Oz, who has so far been at a disadvantage on mail-in ballots, disagreed.

Oz released a statement Saturday saying, “It is becoming obvious” that McCormick “is likely going to come up short” and that his argument that officials count the Senate primary’s rejected undated ballots “is following the Democrats’ playbook.”