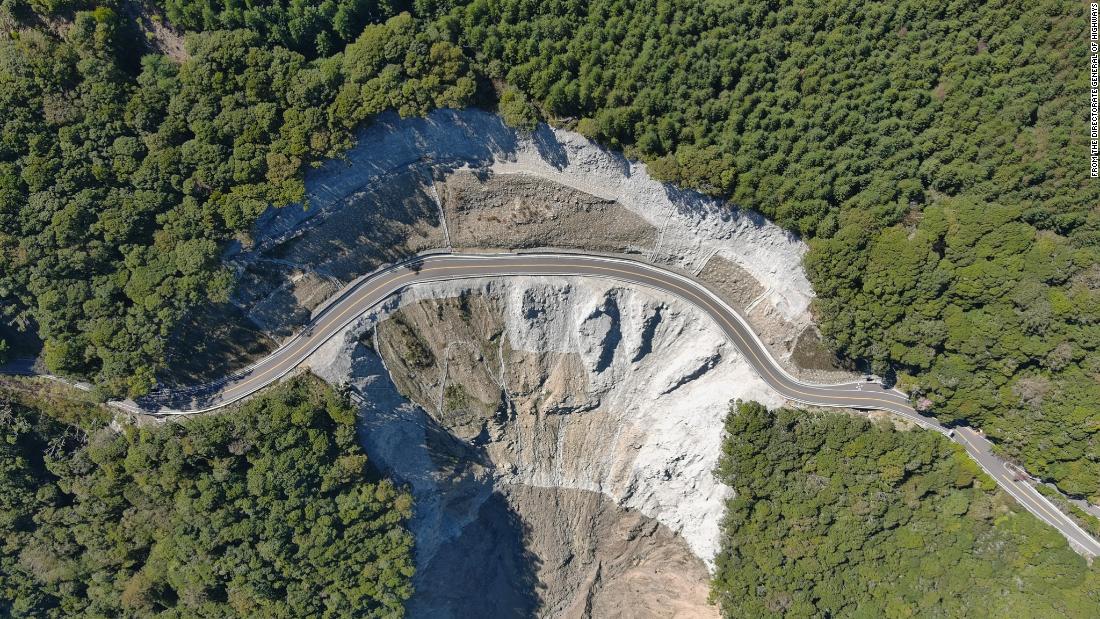 The alpine highway, which was popular with tourists as well as locals due to its route through rural, scenic parts of the island, was devastated by a typhoon in 2009. More than 90% of the road was damaged and 22 bridges were washed away.

The 154 km (96-mile) long highway, which links Tainan City in southwest Taiwan with Taitung City on the southeast, cuts through Taiwan’s Yushan National Park — home to the island’s highest peak, Jade Mountain — and meanders through the imposing Central MountainRange.

The highest point is Yakou, at 2722 meters (8,930 feet) above sea level. The scenic “sea of ​​clouds” there has long been popular with photographers.

More than 5,800 vehicles entered the highway on the first day of opening, according to Taiwan’s Directorate General of Highways, which oversees all roads on the island.

That is good news for the visitor-deprived island, which has lost out on tourist revenue during the Covid-19 pandemic.

While Taiwan has eased entry restrictions over the last two months and cut home or hotel quarantine from 10 days to seven days, effective May 9, leisure tourists are still unable to visit. This has made domestic travel even more vital for local tourism.

The highway reopened to car and motorbike traffic on May 1, just in time for the busy Labor Day holiday weekend, when many Taiwanese travel locally.

The highway cuts through some of Taiwan’s Central Mountain Range.

From the Directorate General of Highways

The reopening has been a long time coming.

Early on, rebuilt sections were wiped away after typhoons or heavy rain, sending engineers back to the drawing board.

Ultimately, engineers dredged deep into the rock beds, built retaining walls from more than 120 shipping containers, installed drainage pipes and increased vegetation on slopes to curb landslides and erosion of the road beds.

In addition, parts of the highway are so narrow that large construction equipment couldn’t be used.

At some of the more dangerous alpine sections, construction workers often had to cling from cliffsides with ropes to complete the repairs, including setting nets, spraying cement and securing beams.

“I guess this is what hanging by a thread means,” Lin Wen-lung, a construction contractor told local media in April this year.

Due to the challenging conditions, travelers must abide by some rules.

Popular Yakou will be closed on every Tuesday and Thursday, and motorists are required to enter the section between 7 am to 2 pm on all other days so as to minimize the impact on nocturnal animals there.

Additionally, only vehicles below 5 metric tons in weight, passenger vehicles with up to nine people and motorcycles are allowed access there.