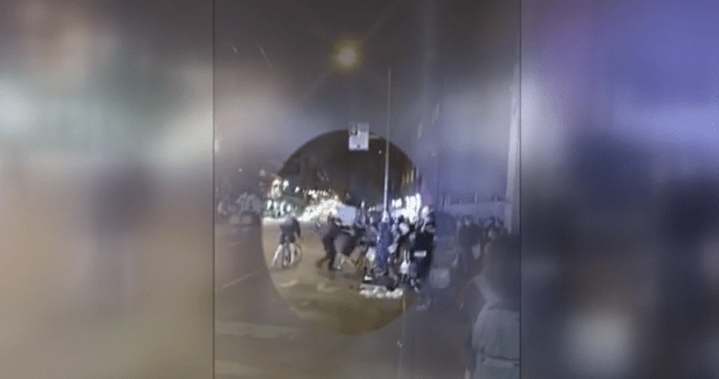 An altercation during which a Vancouver police officer shoved a person to the ground has been flagged for internal review by the force’s professional standards section. The Monday night incident at East Hastings and Carrall streets was caught on camera. According to police, it took place around 10:30 pm as officers attempted to arrest three … Read more 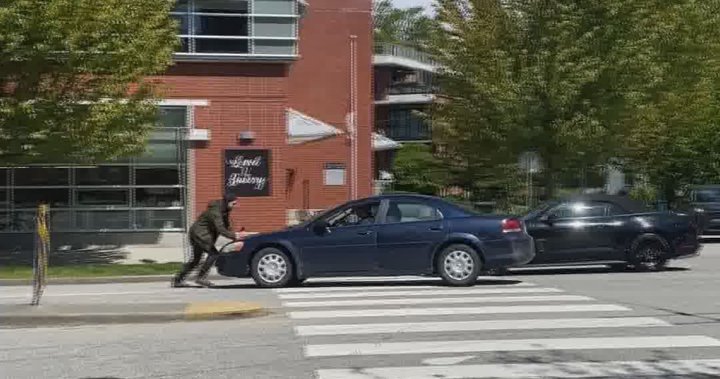 Vancouver police are investigating a video circulating online that appears to show a driver using their vehicle to push a pedestrian down the road. The pedestrian, Mike (who did not want his last name used) was walking across the crosswalk at East 8th Avenue and Kingsway Thursday morning when he said a driver honked his … Read more 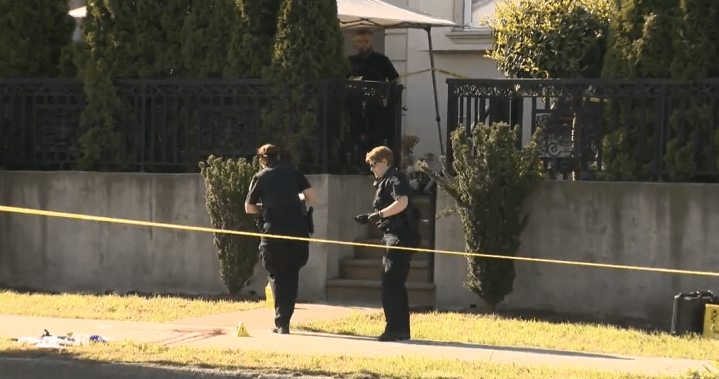 Three people have been hospitalized after a “serious police incident” in Vancouver on Saturday morning that shut down local traffic for several hours. Police roped off eastbound lanes on 41st Avenue between Inverness and Sherbrooke streets and cordoned off several houses in the neighbourhood, tweeting the closure around 8 am Investigators could be seen Saturday … Read more 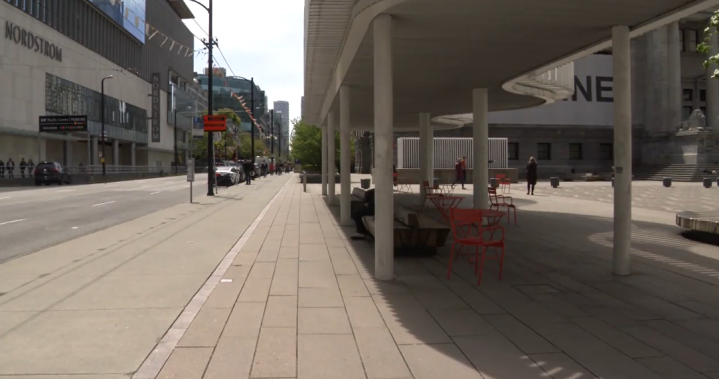 Police have arrested a 23-year-old man and charged him with two counts of sexual assault after two women were groped in downtown Vancouver. The first victim, 29, said she was sexually assaulted by a stranger outside the Vancouver Art Gallery on Saturday. She called 911 right away. Minutes later, a 24-year-old woman said she, too, … Read more 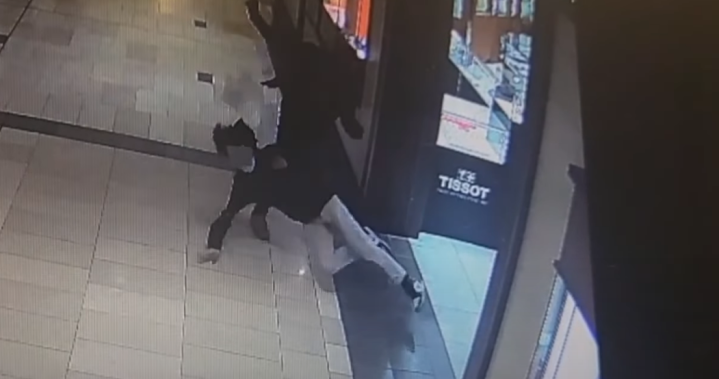 Vancouver police are seeking witnesses to an apparent random assault on a 15-year-old boy in the Pacific Center Mall. The incident, which took place shortly before noon on May 8, was captured on security video. Readmore: Rash of unprovoked assaults spurs public forum in Vancouver In the video, the suspect can be seen approaching the … Read more 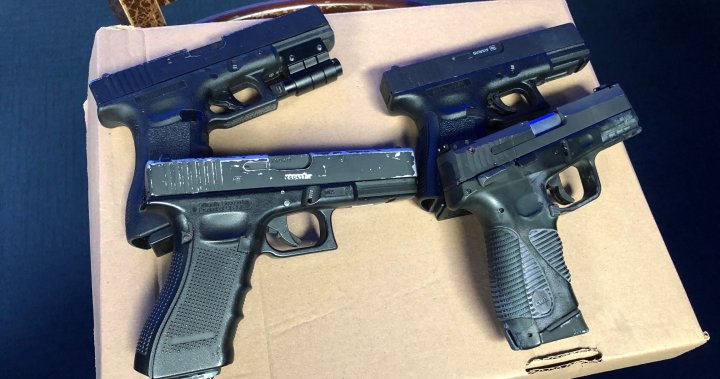 Vancouver police are urging young people who feel unsafe to call them after a series of “troubling and violent” incidents involving teens in the past few weeks. Investigations have been opened into several recent swarmings, robberies and reports of humiliating and demeaning rituals involving youth, said Sgt. Steve Addison on Tuesday. “A number of teens … Read more 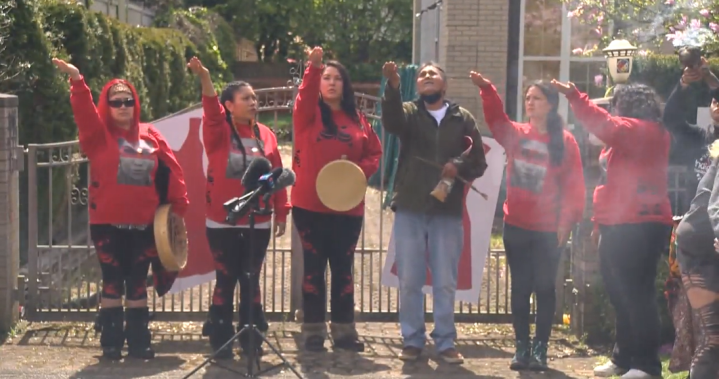 Family, friends and supporters of Chelsea Poorman gathered for a vigil Sunday at the vacant Shaughnessy home where her remains were found more than a year-and-a-half after she went missing. Supporters, many dressed in red, sang, drummed and performed ceremonies in the street in front of the home. Chelsea didn’t deserve this. Chelsea was a … Read more 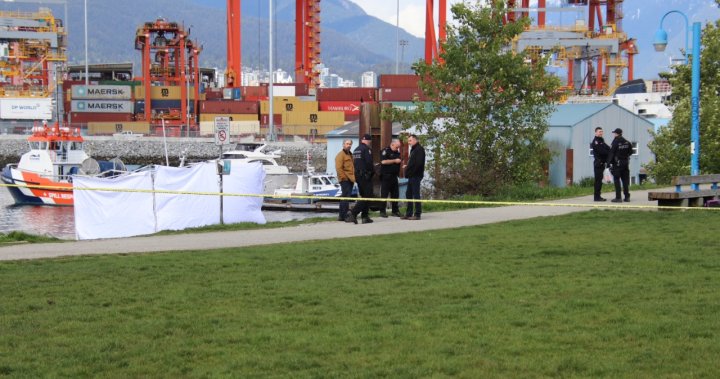 Vancouver police flooded Crab Park on the city’s industrial waterfront Saturday, as they investigated what a spokesperson called a “serious incident.” Police said no further information was immediately available. A large section of the eastern part of the park was cordoned off with police tape, and a white tarp barrier was erected in an area … Read more 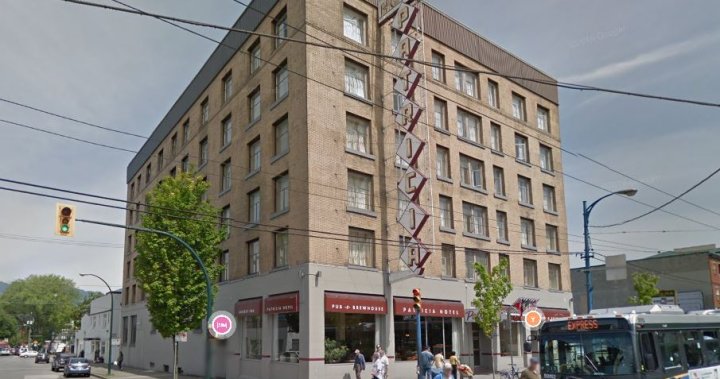 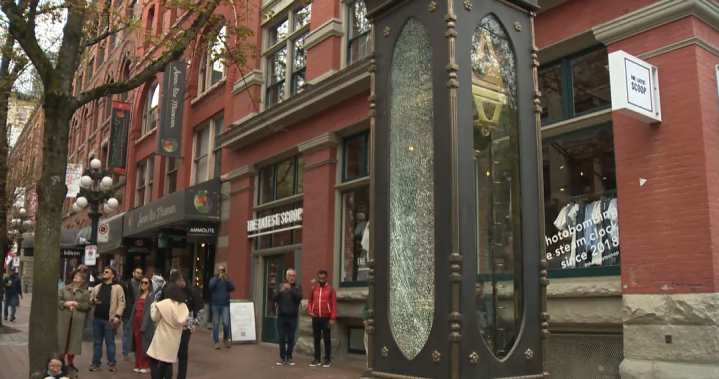 One of Vancouver’s most popular tourist attractions is again delighting crowds after suffering damage on the weekend. The City of Vancouver said Wednesday that crews had replaced a shattered glass panel on the Gastown steam clock Tuesday. the #Gastown Steam Clock, which was damaged over the weekend, is again ready for its close-up following yesterday’s … Read more