A man was in custody Friday for allegedly shooting another man to death in Hollywood earlier this week. The shooting occurred about 7 pm Wednesday at Argyle and Selma avenues, the Los Angeles Police Department reported. Officers learned that a man in his 30s was shot by another man during an argument, and the wounded … Read more

Two Los Angeles Police Department officers faced an agonizing decision when the encountered a burning SUV with a family of five trapped inside on the side of a Southern California freeway. Officers Nick Chacon and Cody McCarthy pulled over to help when they saw the fiery crash happen earlier this month at the base of … Read more 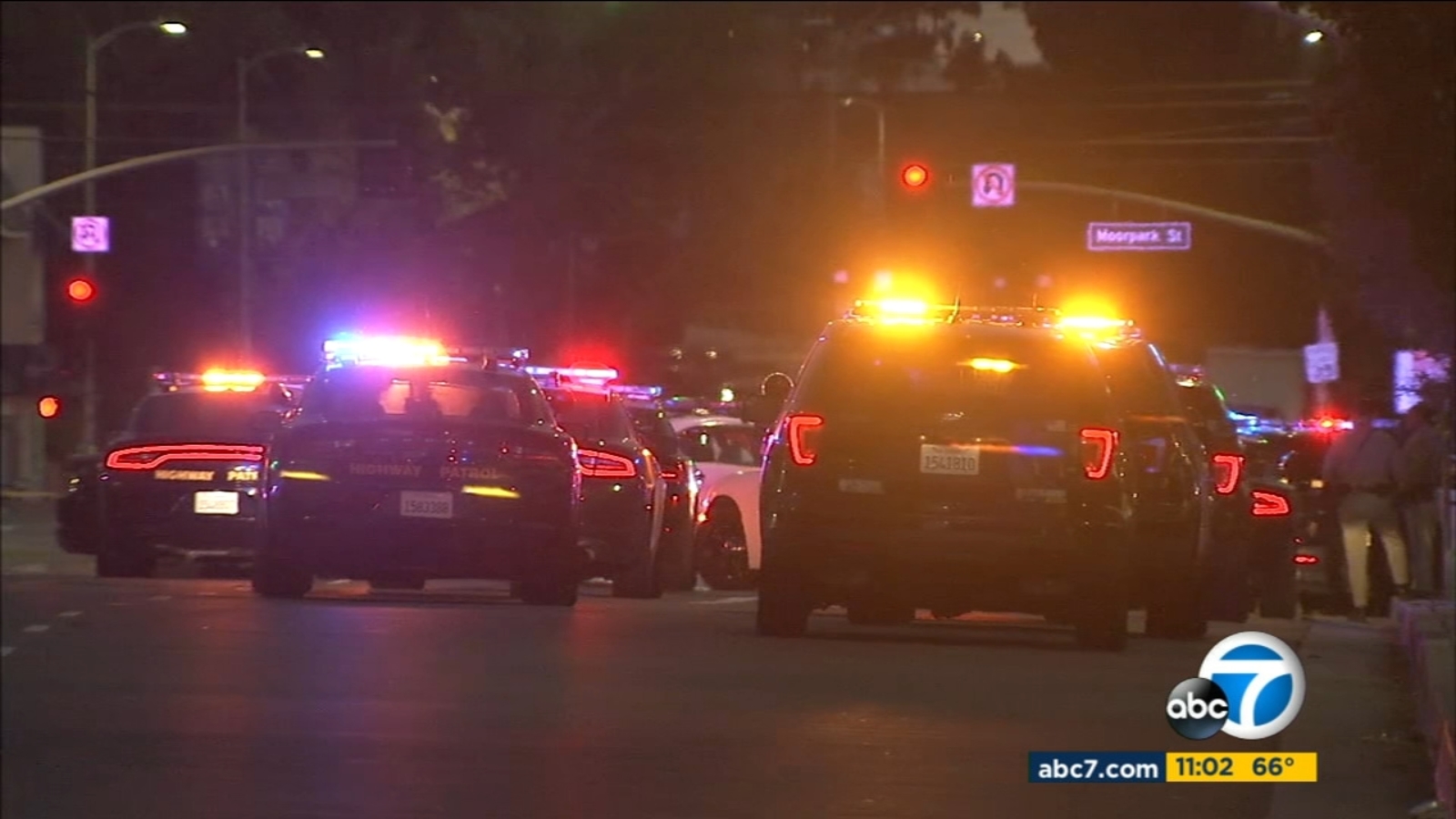 STUDIO CITY, LOS ANGELES (KABC) — A California Highway Patrol officer was rushed to the hospital Monday night after being shot during a traffic stop in Studio City, according to authorities. The officer is believed to be in critical condition. The shooting happened in the area of ​​Landale Street, just east of Laurel Canyon Boulevard, … Read more

An investigation is underway to determine why a motorist behind the wheel of a truck allowed the vehicle to veer onto a sidewalk and strike nine people Saturday in the Westlake community of LA. The incident sent six people to the hospital including two children, according to the LAPD Central Traffic Division. The three other … Read more

Just days after deadly gun violence erupted in a hospital in Tulsa, Oklahoma, a man was accused of stabbing a doctor and two staff nurses inside Encino Hospital Medical Center Friday. The Los Angeles Police Department said he presented himself as a patient before the shocking attack. The attacker was finally in custody late Friday … Read more

Three people were in critical condition following a stabbing attack Friday at a San Fernando Valley hospital, according to Los Angeles police. The stabbings were reported in the 16000 block of Ventura Boulevard inside a building at Encino Hospital Medical Center, police said. All three were initially in critical condition and transported to a local … Read more

Shots were fired outside Grant High School in Van Nuys Wednesday afternoon, and a 10th grader was injured, the Los Angeles Police Department and school police said. The school is located at 13000 Oxnard St. in Van Nuys. LAPD said at around 3:24 pm, there were reports of a shooting in front of Grant High … Read more

A Los Angeles police officer died Sunday, days after he suffered a spinal chord injury during a training exercise at Elysian Park Academy. The accident happened Thursday, according to LAPD Chief Michel Moore. Officer Houston Tipping worked out of the Devonshire Division. His age was not immediately released. According to the chief, Tipping was working … Read more 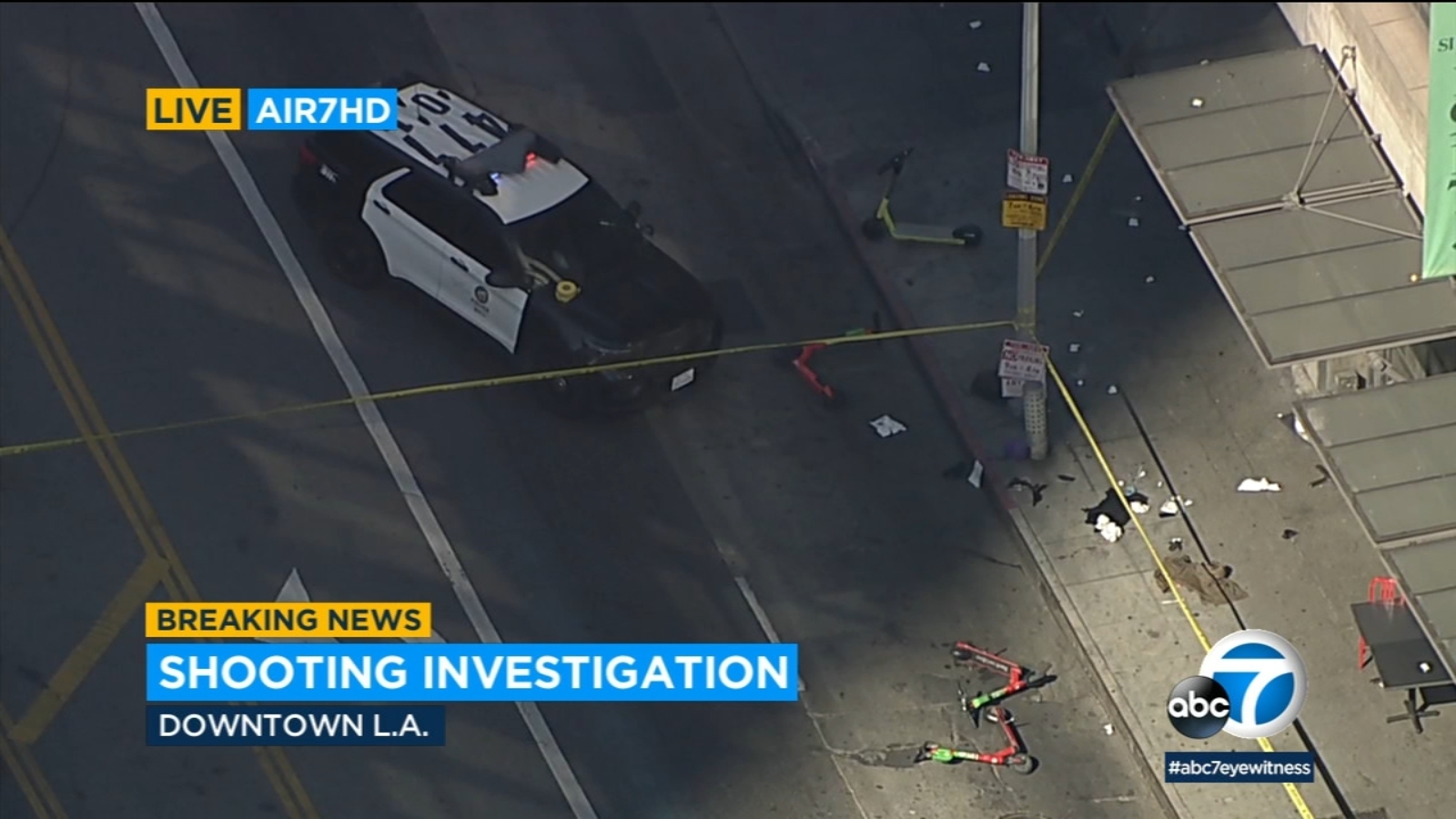 LOS ANGELES (KABC) — Police are investigating after a man was shot and killed outside Grand Central Market in downtown Los Angeles Saturday afternoon. The victim was taken to the hospital but died from a gunshot wound to the chest, the Los Angeles Police Department said. Los Angeles police say the shooter remains at large. … Read more

An LA Superior Court judge has allowed a lawsuit filed by former LAPD Commander Nicole Mehringer to proceed, after a previous retaliation, harassment, and discrimination case was dismissed. The ruling means Mehringer, who initially sued after she was fired for an off-duty incident in Glendale in 2018, can proceed with an amended case that claims … Read more