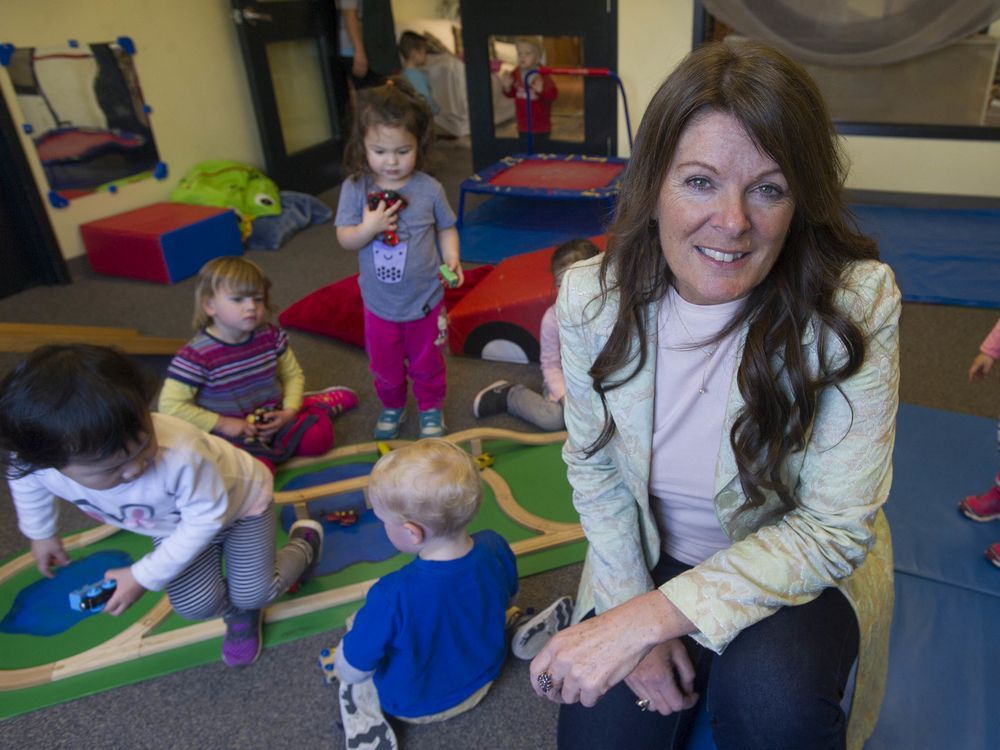 A longtime campaigner for universal child care in BC was thrilled to hear the government will be moving responsibility for development of an affordable and accessible child-care system from the Ministry of Children and Family Development to the Ministry of Education.

Sharon Gregson of the $10aDay Child Care Campaign said the idea of ​​shifting responsibility for the system to the Ministry of Education was touted more than a decade ago and the government had promised it would occur in 2023.

“They had committed to do it by 2023 and they moved it up a year,” Gregson said. “It’s absolutely excellent and should have happened a long time ago in the province.

“If you are looking at building a universal system, then connecting it to the public education system is exactly what we need to do.”

In Lt.-Gov. Janet Austin’s throne speech delivered in the legislature on Tuesday, she said the change of ministry would bring “more certainty and reliability to child care.”

The change comes a year after the federal government announced it would spend $30 billion over five years to develop a national child care system.

Tuesday’s throne speech also included a new policy to tie the province’s minimum wage to the national rate of inflation.

This promise was made as Canada last month reported an inflation rate of 4.8 per cent (a 30-year-high) due in part to rising food prices brought on by COVID-19-related supply chain problems. Rent and home ownership prices are also uph, along with the cost of many consumer items.

Professor Tsur Somerville of the UBC Sauder School of Business said that despite the rise in inflation, the government’s new policy would actually slow down minimum wage growth.

This is because the BC NDP has increased minimum wages by 20 per cent since 2018.

Austin also highlighted a promise made by the government in November to introduce a cooling-off period on home purchases in which buyers can change their minds and cancel the purchase with no or diminished legal consequences.

This system is already in place in BC for sale contracts of pre-construction condos where the sale is made before the condo is built. This period is seven days.

The BC Financial Services Authority has also been asked to look into BC’s blind bidding system — where buyers in a several-offer situation don’t know what the other persons are offering.

Somerville said the cooling-off period was a good idea in a frantic market, but once the market cools off and moves to the buyers’ advantage both sides needed to be protected.

“You need to recognize it potentially gives the buyer the chance to manipulate the seller in a slow market,” he said. “A lot of care has to go into how it’s constructed, so you give both seller and buyers appropriate protection.”

Trevor Hargreaves of the BC Real Estate Association said the organization believed there had been little policy or research work done on the cooling-off plan.

“BCREA doesn’t support any announced governmental action without a clearly outlined problem and then appropriate engagement with sectoral expertise to solve it, a step which has been skipped in the announcement of the cooling off period,” Hargreaves said in a statement.

“This direction has little policy or research behind it and there are other market interventions that would likely be far more effective at protecting consumers.”