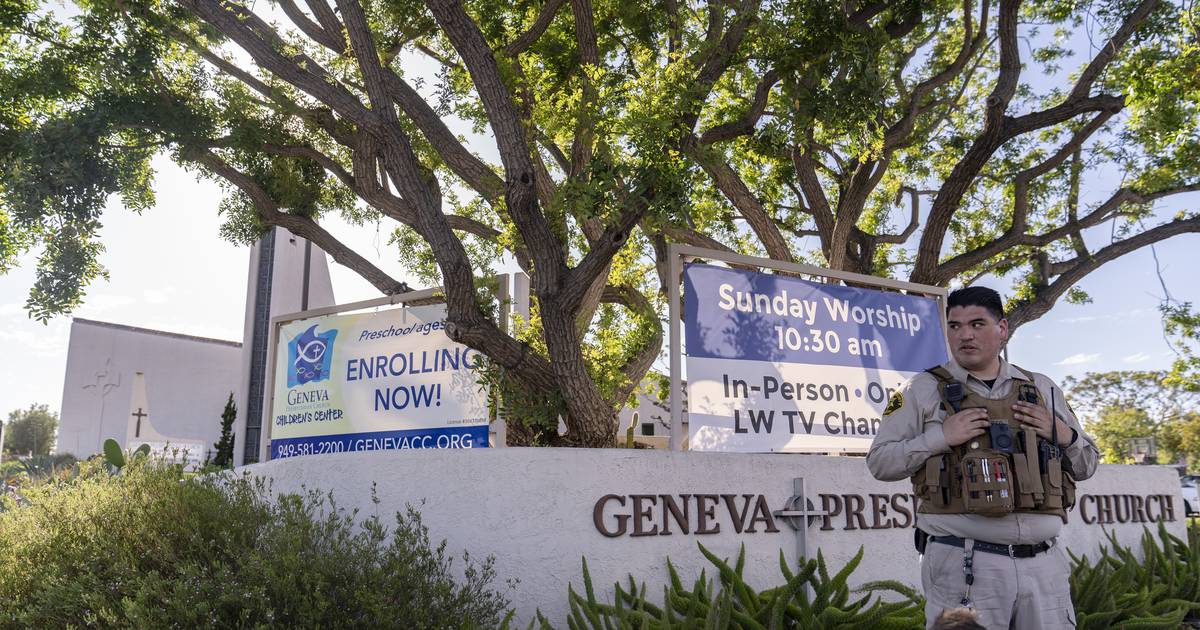 The suspected shooter who opened fire inside a Taiwanese Laguna Woods, Calif., church has been identified by police.

David Chou, a 68-year-old man from Las Vegas, has been charged with one felony count of murder and five felony counts of attempted murder for Sunday’s shooting, the Orange County Sheriff’s Office announced Monday.

He is being held on $1 million bail, according to online jail records, and is due in court Tuesday.

Chou allegedly blocked the entrances and exits at Geneva Presbyterian Church during a Sunday afternoon luncheon in honor of a former pastor, then began firing.

The injured victims are all expected to survive.

Parishioners were able to subdue Chou and hog-tie him until police arrived, according to officials.

“I think it’s safe to say that had people not intervened, it could have been much worse,” Orange County Undersheriff Jeff Hallock said at a press conference Sunday, praising the churchgoers’ “exceptional heroism and bravery in intervening to stop the suspect.”